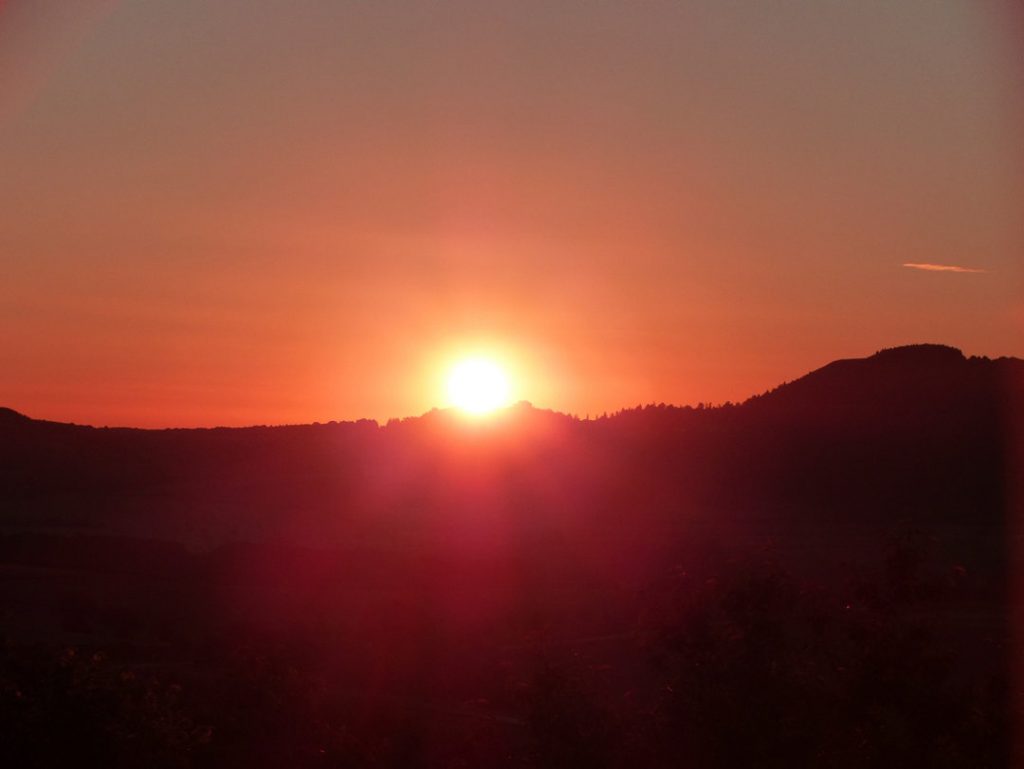 Summer officially began over the weekend, with the sun reaching its most northern position in our celestial dome in its very slow annual eastward migration among the stars. Being so far north, the sun takes the longest, highest arc across our sky, providing us with the maximum amount of daylight.

Like it or not, from now until the winter solstice in late December, daylight hours gradually decline.

The longest days of the year obviously translate to the shortest nights, making it really tough on die-hard stargazers. It’s a late-night affair that’s compounded with more extended evening and morning twilights in our northern latitude. So summer stargazing requires an afternoon nap, at least for old star-geezers like me.

This first week of summer is really tough because we have a full moon whitewashing the summer sky. It’s an official full moon on Thursday, but it’s close to being full most of this week. A lot of us keep the telescopes in the barn during full moons. Don’t get me wrong. The full moon rising in the southeastern sky this time of year is a thing to behold. One of my greatest pleasures during full summer moons is to get a campfire going in my backyard and watch the moon climb above the horizon. I love to look for the face of the man on the moon, although my favorite is the poodle on the moon on the upper right half of the rising moon. Once you’ve spotted the lunar pooch, you’ll never forget it!

Whatever you’re looking for on the moon, it’ll be a little easier this month because we have another supermoon. It’s the final one of 2021. Since the full moon is a little closer than average to the Earth this month, it will appear a little larger and brighter in the sky. Despite the title, a supermoon is only 7% larger and 15% brighter than an average full moon. The supermoon hoopla is a product of astrology and hype-happy media.

Super or not, full moons this time of year don’t rise very high in the sky. They take the same low arc across the southern sky as the sun does as winter begins. This makes sense, because the sun and any full moon are on opposite sides of the sky. Around the summer solstice, the maximum height of the full moon in the midnight hour is the lowest of the year. Around here, it’s less than 30 degrees above the southern horizon. That makes your shadow from the midnight light of the full moon the longest of the year.

This week, the moon journeys through one of my favorite constellations; Scorpius the Scorpion. Scorpius is one of the rare constellations that actually resembles what it’s supposed to be. The only problem is that it’s hard to see the entire body of the scorpion because it never rises all that high in Pennsylvania. You can see the Scorpion’s head and torso, but seeing the tail and stinger can be a problem. Scorpius is best seen in the southern part of the U.S. where it climbs higher in the southern sky.

On Monday night, just to the left of the waxing gibbous moon, look for a crooked line of three moderately bright stars that may be washed out a bit in the moonlight. Those three stars make up the head of Scorpius the Scorpion. They remind me of the three belt stars of the winter constellation Orion. On Tuesday evening, the moon will be closer to being full and will have shifted slightly to the east. Just below the moon, you’ll easily see Antares, the brightest star in Scorpius that marks the heart of the great celestial beast. With even the naked eye, you can see that Antares has a reddish tinge to it. Antares is what astronomers call a super red giant star, and is one of the biggest things you’ve ever seen.

Antares would be much brighter in the sky if it weren’t nearly 600 light-years away. Just one light-year equals almost 6 trillion miles! Antares is nearly 700 million miles in diameter, making our sun look like a little stellar wimp. If you replaced the sun with Antares in our solar system, the planets Mercury, Venus, Earth and Mars would all be inside Antares. Ponder that in the moonlight this week!