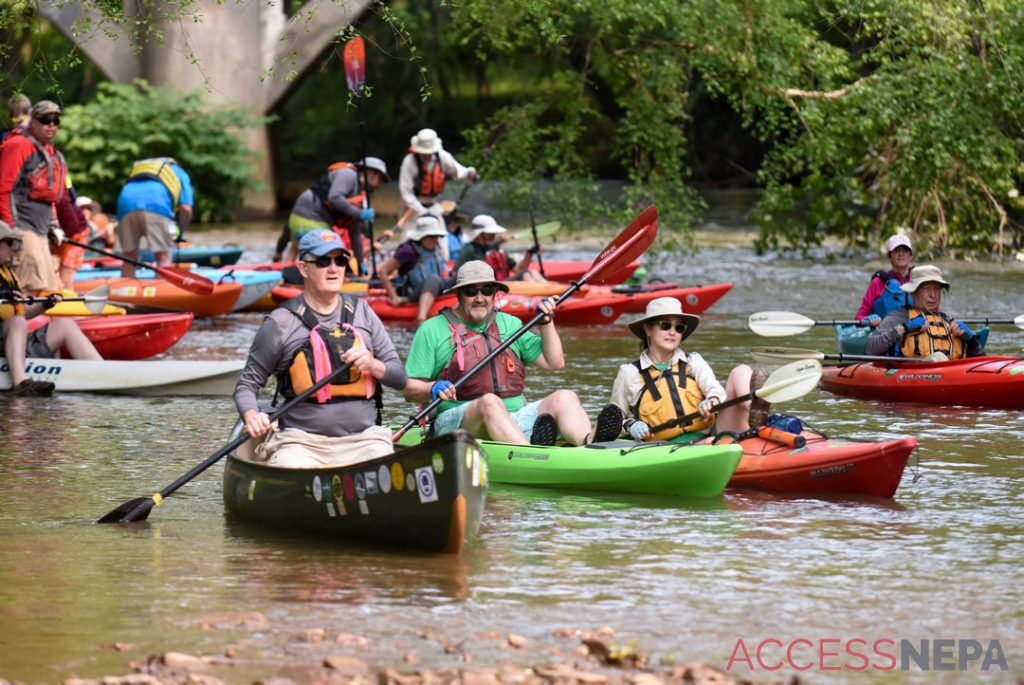 The annual Schuylkill River Sojourn won’t start in Schuylkill County again this year, a decision officials are saddened about.

Due to the ongoing coronavirus pandemic, participants will instead launch boats later in the summer from Jim Dietrich Park outside Reading.

Schuylkill River Greenways, the sojourn’s organizer, explained on its website that the location was chosen as the water level in the Schuylkill River is lower in late summer. The sojourn will start July 31 at the park in Muhlenberg Township, Berks County, and conclude in Philadelphia on Aug. 4. It normally takes place in early June over a seven-day period.

Organizers added that they chose to hold the trip in late summer to allow more people to get vaccinated against the disease and for coronavirus cases to go down. Participants in the 2020 sojourn started in Pottstown in August, with a virtual paddling experience available.

The sojourn has been a seven-day, 112-mile guided paddle in canoes and kayaks from Island Park in Schuylkill Haven to Boathouse Row in Philadelphia, passing historic and ecological sites along the way. It has been held annually since 1998. Schuylkill River Greenways Communications Director Miica Patterson said it is expected the 2022 sojourn will return to the borough in early June.

“It saddens us that we’re not able to do it in the county,” she said. “It’s really a tradition for sojourners miss.”

Schuylkill Haven Mayor Michael Devlin said sojourners will be missed at Island Park, adding it coincides with a chicken barbecue dinner and “Rock the Island” concert that benefits the Island Park Committee.

“They bring a lot of attention to what the committee does and the development of Island Park,” he said. “The committee supports the sojourners on their way to Philadelphia.”

Despite the sojourn not launching from the park, Devlin said both the concert and dinner will be held this year and they are looking forward to having participants back in 2022.

“We’re looking forward to the sojourners coming back to Island Park next year,” he said.

Commissioner Gary Hess, a Schuylkill Haven resident and former mayor, said while it was “a little disappointing” the sojourn isn’t starting again in Schuylkill Haven, he understands the organizers’ reasoning for the date and location change, and shorter trip resulting from the pandemic.

Hess said he is looking forward to welcoming sojourners back next year, adding it brings outside visitors to the county. His business, Hess Catering, is located along the sojourn route and provides breakfast to participants.

“We’ll welcome them back with open arms,” he said.

Regina Gargano, executive director of Explore Schuylkill, also said it was “disappointing” the sojourn isn’t starting in the county, but she said the pandemic has meant many events have to be adjusted, including date changes. But she is hopeful for next year.

“It’s unfortunate but hopefully the situation (with the virus) will get better and things will return to when they normally are held,” she said, pointing out the date for the Kielbasi Festival in Shenandoah was moved from May to August.

Gargano said she hopes the headwaters of the Schuylkill River are included in next year’s sojourn and that it will run for seven days.

“It’s an abridged version this year,” she said.

Patterson said that, while the sojourn won’t launch in the county this year, Schuylkill River Greenways is organizing a paddle in the county early next month for those interested in canoeing and kayaking that portion of the Schuylkill River. The Port Clinton Paddle will take place June 3, launching at Auburn Landing and ending at the paddle area at Port Clinton Park, where a ribbon-cutting of the new landing and dinner will take place.

Patterson said the paddling trip is offered as a way for the organization to “show our appreciation for the county.”

While organizers want this year’s sojourn to be as traditional as possible, it will follow guidelines from the federal Centers for Disease Control and Prevention. Participants will be allowed to camp at the park the night before the start of the sojourn, something Patterson said was not allowed last year, and instead of a buffet, boxed meals will be available. A digital event won’t be offered this year.

Registration for this year’s sojourn opened this month and Patterson said it is on track to have “a lot of people” paddling this year, with 80 registered as of Tuesday, 60 of which signed up to paddle all five days. Participants have the option to do one or multiple days on the river.

“People are excited to hear it was going on this year,” she said.