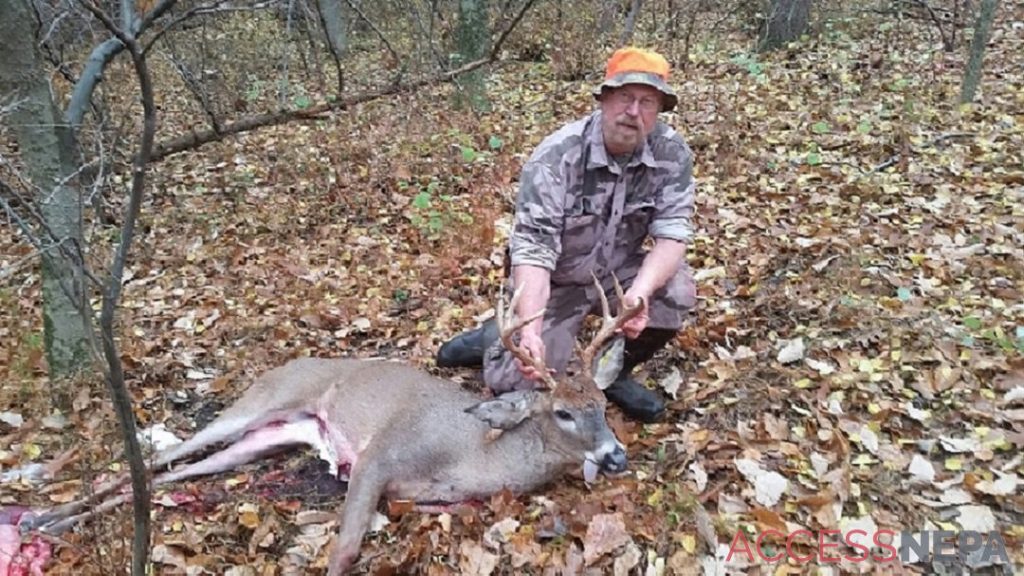 Plenty of choices but simplified rules for concurrent hunting season

Those uncomfortable with making decisions were in all likelihood stressed out when the Pennsylvania Game Commission placed a caveat on the concurrent seven-day muzzleloader season for antlerless deer and black bear. This year that season gets under way Saturday, Oct. 17, and concludes Saturday, Oct. 24.

Also in the mix is the three-day concurrent special firearms season for antlerless deer and bear, Thursday, Oct. 22, through Saturday, Oct. 24, for Junior and Senior License Holders, Mentored Youth Permit Holders, Disabled Person Permit Holders and Pennsylvania residents serving on active duty in U.S. Armed Services only, with required antlerless license or permit. Included are persons who have reached or will reach their 65th birthday in the year of the application for a license and hold a valid adult license or qualify for license and fee exemptions under Section 2706.

For the majority of hunters, however, their focus will be on how they will approach the options for antlerless/bear muzzleloader seasons. Of course, for some the choice is to leave the front-stuffer at home and hunt with a bow in hopes of taking a buck — which must be hunted with archery tackle during this time.

A last-minute decision by outdoors writer Dave Ehrig to do just that paid big-time dividends a few years ago when he downed a buck on his farm in Berks County. He had invited a friend to join him on a antlerless muzzleloader hunt, but went with his “gut feeling” to bow hunt the big buck he had been seeing.

With so many choices the last thing that was needed was confusion over the regulations concerning overlapping seasons. Traditionally, a “lesser” sporting arm is legal to hunt game during seasons designated for other types of arms.

Normally, this occurs during the general firearms seasons for bear and deer when some devoted bowhunters and many equally devoted muzzleloader hunters forego using center-fire rifles and hunt with all types of bows and muzzleloaders. Regulations generally prohibit carrying firearms during the general archery season, but the exception is allowing those hunting during the antlerless muzzleloader season to also carry a bow should they encounter the opportunity to take a buck.

So, last year when black bear was added to the seven-day antlerless muzzleloader hunt, many hunters understandably assumed they could hunt with a bow when the season opened Saturday, Oct. 19. That was not what the PGC board of game commissioners intended, however, when they set the opening of the statewide archery bear season for Monday, Oct. 28 — two days after the close of the early muzzleloader season.

Unfortunately that intent was not clearly communicated, and there were hunters who unknowingly broke the game laws by illegally hunting bear with a bow during the muzzleloader season. Fortunately, the confusion has been eliminated this year because the opening of the statewide archery bear season is Saturday, Oct. 17 — the same day the antlerless muzzleloader season opens — and continues through Saturday, Nov. 7.

At the January PGC meeting to set preliminary seasons and bag limits, recently retired Southeast Region game commissioner Brian Hoover said the board would eliminate the confusion when it finalized the seasons at its April meeting. He also said that the best way to do that would be to increase hunting opportunity, and that was accomplished by opening archery bear season nearly two weeks earlier than last year.

“We need to do something to reduce confusion among hunters during overlapping seasons, and ideally find a way to increase hunting opportunities,” Hoover said. “I’d say that just about all of the commissioners heard from many hunters this past fall who were confused by the regulation that prohibited using a bow during the muzzleloader season.

“Hunters also told us they wanted to have additional opportunity to carry both a bow and muzzleloader when bear season overlaps with the antlerless season.’’

Two key words in the new regulation are “properly licensed” for hunters hoping to double down by hoping to take a bear and a deer. While carrying both a muzzleloader and archery tackle is permitted, hunters must possess valid licenses and tags to use both and are required to follow the fluorescent-orange requirements in effect for the muzzleloader season.

So, while there are plenty of choices for archery and bowhunters during the upcoming concurrent antlerless deer/bear season, thank goodness the rules have been made easy to understand.