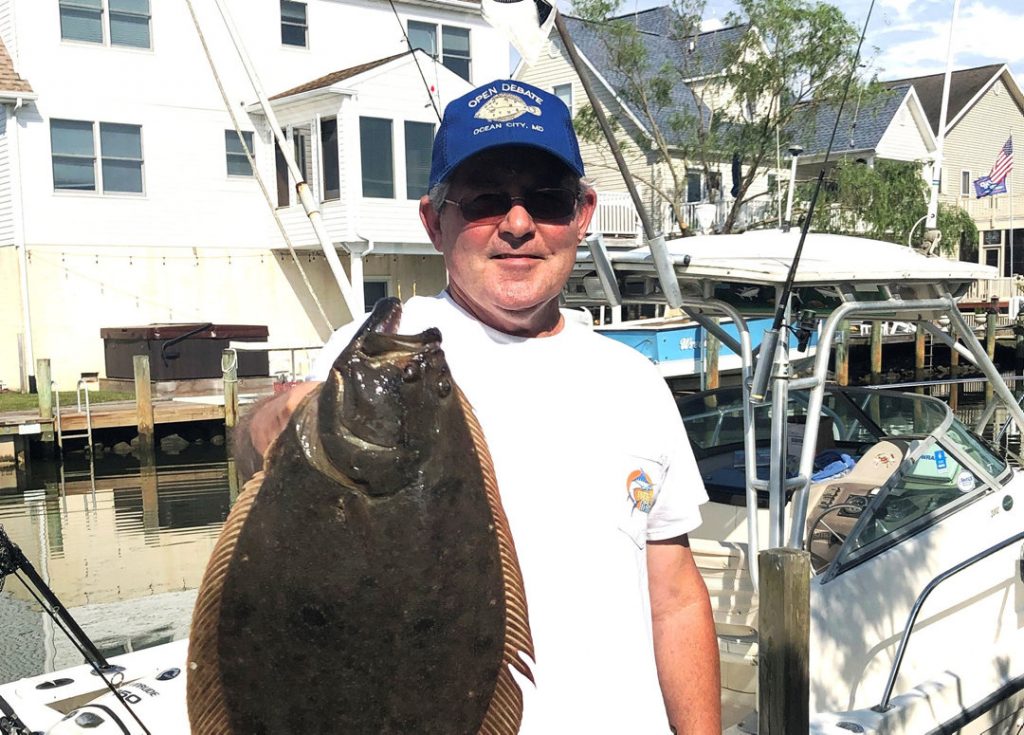 Not floundering in 2020 wasn’t a fluke

OCEAN CITY, Md. — While the 2020 saltwater fishing season may not have been a total bust, it sure didn’t measure up to most past seasons.

It should come as no surprise that COVID-19 was the culprit here, its ripple effects resulting in a short-circuited and solitary saltwater season. In a normal year my boat, Open Debate, is out of storage at Harbor Marine in Ocean City, Maryland, and launched for the season in late April or early May at the latest. That’s in time for the early spring flounder run, a time that traditionally is for drifting on the back bays in search of legal fluke, but when the coronavirus pandemic hit around mid-March, all bets were off.

My marine service center, Harbor Marine, was handcuffed and helpless when the Free State put a hold on recreational marine and boating activities.

Almost three months passed before the green light was given for recreational boating activities to resume. When contacting the fine folks at Harbor Marine to finally schedule a belated seasonal boat launch, there was a waiting list of other equally eager anglers. Long story short, Open Debate didn’t hit the water until June 18, almost two months later than traditional launch dates. Not wasting any time getting lines in the water that day and the next, the result was hooking up with four little fluke, all throwbacks.

A week later my luck improved a bit by catching 12 throwbacks and two keepers, stretching well beyond the 16½-minimum size limit. So by the end of June four days of fishing resulted in a total of 18 fluke — 16 of which were throwbacks and two were keepers.

For perspective, back in 2018, a more typical, non-COVID kind of year, fishing six days in May produced a total of 18 flounder, of which eight were keepers. In June, fishing six days produced 22 fluke, but not one was a legal keeper.

Complicating matters was the availability of our beach house, or lack thereof, as my oldest daughter, faced with working from home out of an urban apartment, decided, with her family, to escape the city and relocate, at least for a few months, to Ocean City. Once she and her husband made the move with two children in tow, our little three-bedroom vacation getaway was fully occupied, compelling me to cut back on my visits and curtail my summer flounder fishing forays.

There was, however, a great upside to the situation — the chance to introduce my 3½-year-old grandson Henry to a myriad of saltwater adventures like boating, fishing, crabbing, clamming and shorebird identification. A budding young outdoorsman, Henry helped bait and pull up our two crab pots from the backyard canal and assisted in sorting through the crabs as we removed them from the pots.

Although flounder season in Maryland remains open year round, by the time November arrives most of the fluke have abandoned the back bays to winter in the ocean. Although many salt water anglers continue to ply the bay, inlet, and near shore waters for rockfish and other species deep into the fall and early winter, I’m basically a fair-weather fluke fisherman.

My most productive day was July 28 when I boated three keepers and tossed back four undersized fish. Given all the adversity caused by the pandemic, I guess those statistics aren’t much different from my 2018 data when I fished 24 days and caught 115 flounder of which 15 were keepers.

On the other hand, the 2020 numbers pale in comparison to my banner year of 2015 when I fished 34 days and caught 232 flounder of which 32 were keepers. My saltwater fishing activities were a fairly minor inconvenience compared to what many other folks have had to endure, and fingers are crossed that the near future brings healthier times afield, afloat and afar.

Tatum is a member of the Pennsylvania Outdoor Writers Association. Contact the writer: outdoors@republicanherald.com