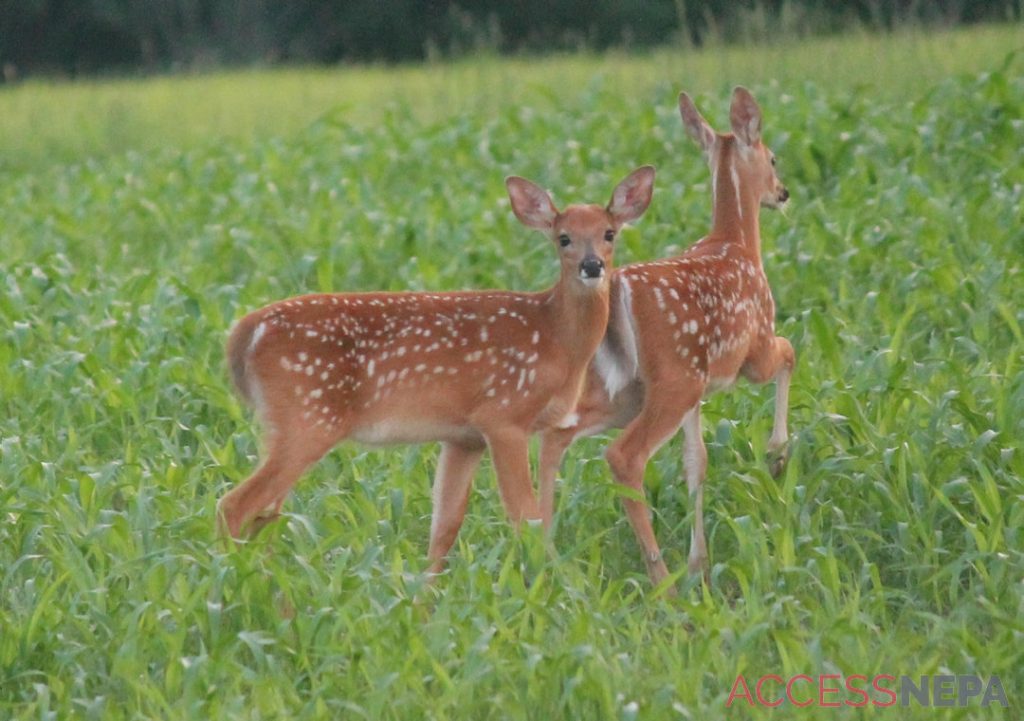 No need to rescue ‘lost’ wildlife

With a week remaining in the spring gobbler season, a hen was observed one afternoon leading her feathery covered hatchlings out of a grass field to edge of the woods and the apparent safety of her nest.

Not wanting to disturb the hen or her poults, the exit route for the final hunts of the season was through that grass field rather than along the wood line. While hauling out a blind, a chair and a bag of decoys the final day of the season, an even bigger discovery was made when an obviously recently born fawn was seen nestled in the knee-high grass.

No, this fawn was not lost, even though Mom was nowhere to be seen, but perhaps watching from a distance. So, a new exit route was found to give the fawn a wide berth and not disturb its hiding place.

As summer activities increase leading up to and through the Fourth of July holiday, it is more and more likely that “lost” wild animals — especially deer — will be found. These animals, however, are not lost and certainly need not be rescued.

In the Red Creek Wildlife Center book “Zoey Finds a Fawn,” licensed rehabilitator Peggy Sue Hentz explains each year Red Creek receives more than a 100 calls about foundling fawns. Foundling fawns can be found during a nature hike or seen standing on or near a roadway.

Fawns can show up in backyards in rural and urban neighborhoods and have been found lying under carports and on porch steps. They also stroll into barns, garages, warehouses and unusual locations where we would never expect to see them.

People often find fawns and think that they have been orphaned or abandoned, seeing them alone day after day, in the exact same place. They are cute, appear fragile, are hard to resist, and it can be difficult to just walk away.

Finding a fawn alone, whether in a natural environment or a completely unnatural setting, in itself does not constitute an emergency. Being alone is part of their early development; and being curious and intelligent animals they can get bored and wander into the strangest places.

“Fawns found with their dead mother or those born as a result of a pregnant doe being hit by a vehicle, are the only fawns we label as true orphans,” Hentz said. “These need immediate rescue so that they do not develop problems, but a fawn found in the area where a doe was hit may not necessarily be the fawn of that doe and should not be rescued unless it develops signs of distress.

“An orphaned fawn will quickly develop signs of distress indicating that it’s in trouble. Dehydration will be visible within a day or so and is indicated by curling of the ears, ruffling of the fur and dulling of the eyes.

“Ear-curling is the first sign seen as the rounded edges of the ears will dry and begin to roll back at the tips, and injuries are often obvious. Punctures from animal attacks and fractured limbs will become infected quickly with maggots and bacteria, and prompt treatment by a wildlife rehabilitator or veterinarian is necessary.” 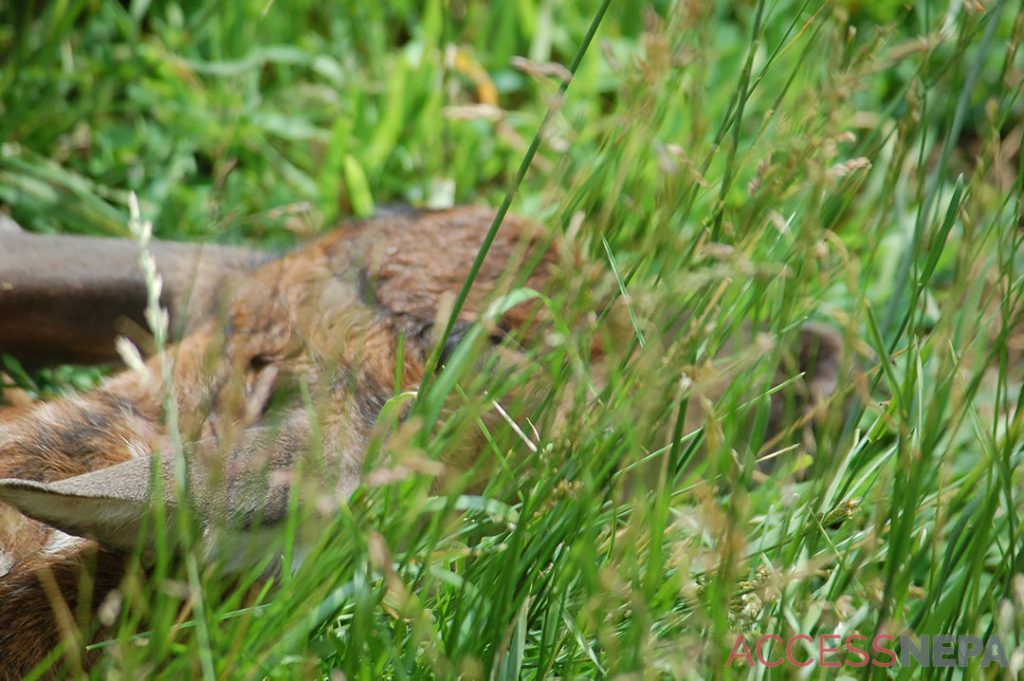 DOYLE DIETZ / CONTRIBUTING PHOTOGRAPHER
Returning to the truck after a day of spring gobbler hunting in late May resulted in finding this hidden, but certainly not lost, fawn.

Hentz said diarrhea is another life-threatening condition for a fawn. Soiled fur will attract flies and cause maggots to form around the tail as well as the face, between the hooves, and in the developing scent glands on the legs. Maggots will enter the body cavities and begin eating the deer alive, and maggots and maggot eggs are an immediate sign of distress, and action needs to be taken quickly if the fawn is to have a chance of surviving.

“Fawns will often be seen lying curled up or on their abdomens, flattening themselves to the ground,” Hentz said. “A fawn lying flat out on its side with its legs extended is in severe distress, and a hungry fawn will cry out for its mother — which is normal.

“Extreme and continuous vocalizations for an extended period of time can be a sign that the mother is not returning, but care must be taken, however, with a crying fawn, as the mother may not respond because people are in the area, giving the belief that the fawn has been abandoned, and some fawns can be very vocal and demanding naturally. When dealing with a crying fawn, an examination should be done to determine if there are other signs of problems, such as dehydration.

“Well-meaning, but misguided, rescue attempts are counterproductive because young fawns lose their fear of humans very easily. Once they feel that people are not a threat, they often seek them out, and this attraction can draw them away from the area the mother visits thus causing separation.”