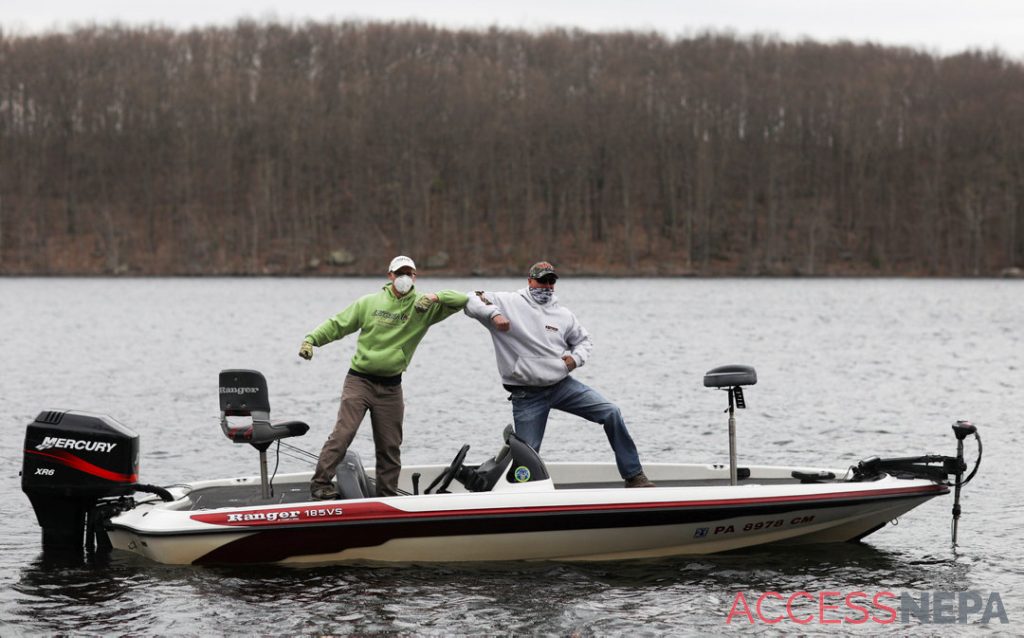 Stocked with hand sanitizer and masks, Joe Pacholec is ready to social distance on open waters when he resumes offering guided fishing tours of Lake Wallenpaupack this weekend.

The fishing guide of 24 years and owner of the Legends Outdoors guide service had to cancel 18 fishing trips in April because of Gov. Tom Wolf’s nonessential businesses shutdown. Now, Pacholec is ready to join fishing guides and marinas throughout the state as the governor allows them to reopen today.

Pacholec is watching today’s weather to decide whether to take anyone on the lake in Pike and Wayne counties, but he said he’s already booked through the weekend and for much of the year.

“COVID really hurt guiding around here,” Pacholec said. “We have to keep moving.”

Legends Outdoors, which has five main guides, had a strong March with about 12 to 15 trips before the governor’s order went into effect, he said. April through July are their busiest months, but the guide service operates year round, he said.

“This is our life,” Pacholec said. “I do this for a living. … People don’t realize that there are people that fish for a living in Pennsylvania.”

Pacholec will use his 19-foot bass boat only for one-on-one fishing trips, or trips with a parent and young child. For groups of two, he’ll use a more spacious 24-foot pontoon boat. 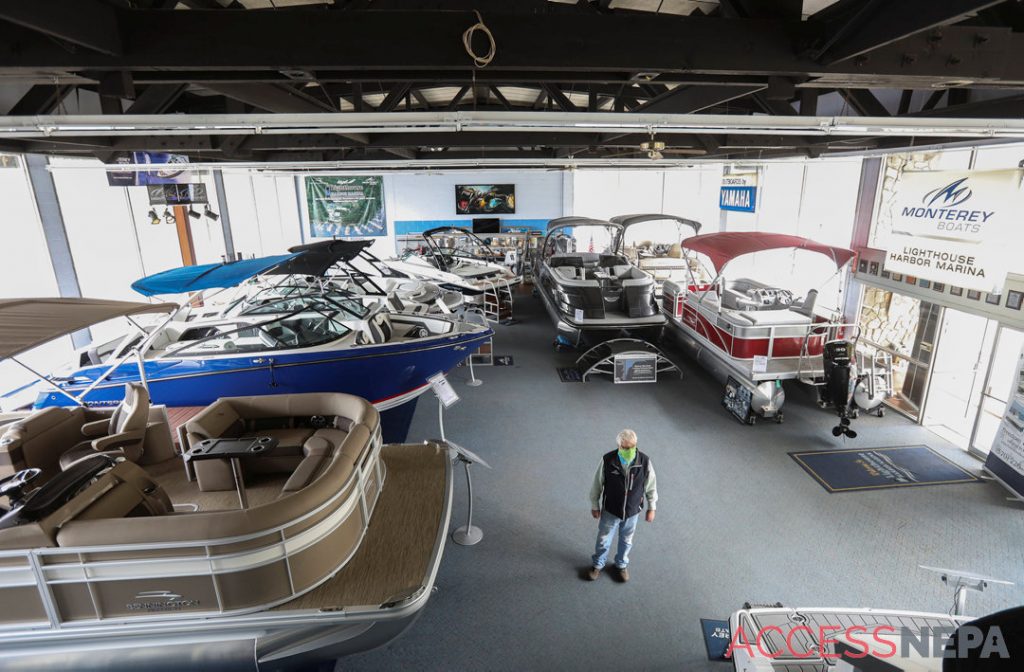 JAKE DANNA STEVENS / STAFF PHOTOGRAPHER Erik
Erik Sonsteby prepares for Friday’s opening of marinas across Pennsylvania at the Lighthouse Harbor Marina in Greentown on Lake Wallenpaupack. Because of the pandemic, only the marina’s service department had been open.

The Lighthouse Harbor Marina on Lake Wallenpaupack had a waiver for its service department to remain partially open because they maintain federal and state boats, but its facility and fuel dock will now be open, said owner and manager Erik Sonsteby. Boat rentals will remain closed until the third week of May, which is their normal opening date, he said.

In addition to social distancing, staff and customers will be required to wear masks, and customers can pick up items at the door, he said. Sanitizing wipes and hand sanitizer will be in use at all times, Sonsteby said. For anyone entering the showroom or going to their service counters, the marina will have an infrared thermometer to take customers’ temperatures.

Wolf’s decision to reopen marinas and guided fishing is an excellent move to get people outdoors while practicing social distancing, Sonsteby said. Warm weekends have already brought quite a few boaters onto the lake, including fishermen, he said, explaining business starts to pick up in March and April.

“I think people are itching to get out,” he said.

At Laumeyer’s Landing on Harveys Lake in Luzerne County, owner Cory McCaffrey’s phones have been ringing off the hook since the decision came down to reopen marinas. The company services boats, including mechanical and fiberglass repair, detailing and washing, and they are trying to take all appointments and payments by phone to minimize face-to-face contact, McCaffrey said.

By April, the business is usually operating at full-swing, with March through July and September through November being the busiest periods.

“I don’t think there’s a better way to social distance than to get out on the water,” McCaffrey said.