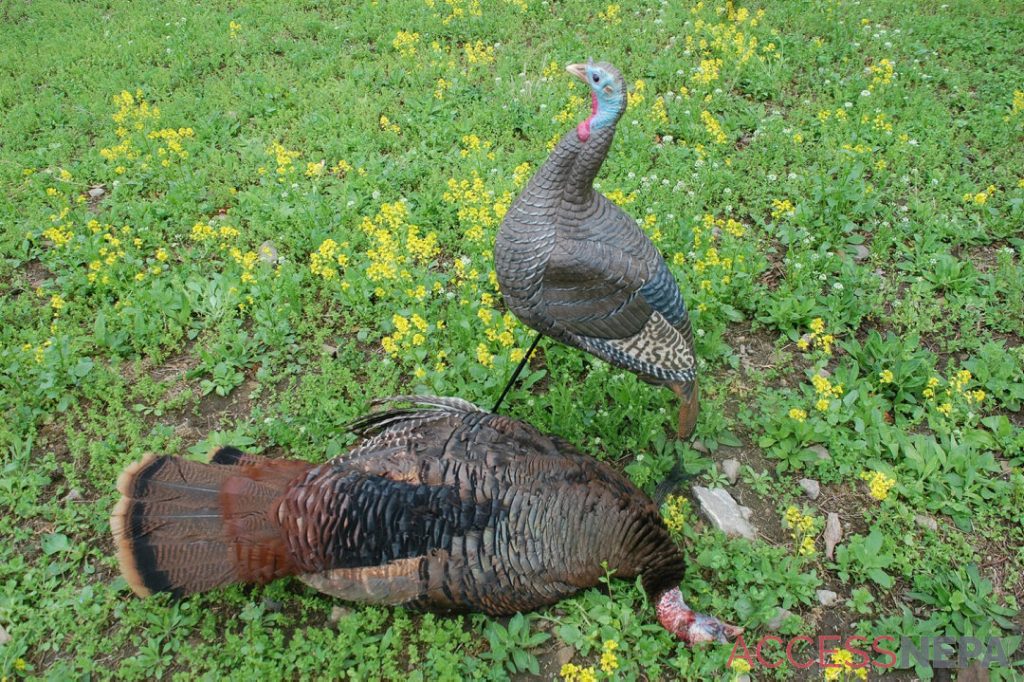 NEW RINGGOLD — It is a decoy spread that has stood the test of time.

From South Carolina to New York State, oh so often a display of two hen decoys, sometimes accompanied by a jake, has been just too much for a mature gobbler looking for romance to resist. During the first two weeks of the 2019 Pennsylvania spring gobbler season, however, there was one mature bird in eastern Schuylkill County that wanted no part of that setup.

Four hunts, beginning with the opening morning of the season, were like the plot of the Bill Murray comedy “Groundhog Day.” By 6 a.m. the bird was off its roost and began gobbling when it hit the ground, and all that was needed to bring it into the field and keep gobbling was some subtle calls consisting of clucks and purrs.

What makes this setup so effective is that for most mature gobblers finding one hen represents opportunity, and finding two hens is a party. Each time, however, that gobbler crested a rise in the field some 50-60 yards away and refused to close the deal by moving 20 yards closer and come into shotgun range.

Being of the-less-is-best school of calling, there was no way this bird was locking up because of being call shy. So, realizing a gobbler has a brain approximately the size of a thumb nail, trying to figure out what it was thinking only leads to frustration.

Having encountered birds that reacted like this before, it was obvious the best way to close the deal was an afternoon when all-day hunting opened the third week of the season. This season opens Monday, May 18. Also, its options would be limited to one lone hen instead of using a spread with multiple decoys.

According to Matt Morrett of Linglestown, who spent 30 years professionally filming turkey hunts in all areas of the country, most turkey hunters use decoys, but many don’t give their strategy much thought. He said they typically put out a hen and a strutter and start calling, but decoy strategies change for hunting gobblers in the late season.

“There are numerous decoy setups to consider when turkey hunting,” Morrett said. “Choices can range from a harem, fighting gobblers or a submissive hen positioned to be bred.

“In the late season, however, I’ve learned through experience that turkey decoy spreads can be simplified down to two setups. One is to be aggressive and use a full-strut gobbler decoy, which is risky; the other, which I believe is safer, is to stick with single hen turkey decoy setup.

“Using a gobbler decoy is extremely successful when hunting a mature, boss gobbler, as it challenges the bird’s dominance it has established and it will approach a full-strut gobbler decoy to continue to defend his territory. On the safer side is a single hen, which is passive, but stimulating to a gobbler midway or at the end of the season that is still looking to breed.”

This lone-hen decoy strategy works well when turkey hunting in the afternoon. Calling should be soft and infrequent to catch gobblers moving between feeding areas. Most hens have begun nesting, so gobblers have little choice than to transition to feeding and regain the weight they lost breeding.

Often gobblers will become more vocal in a final, last-ditch effort to find a willing hen, and at 5:15 p.m. this gobbler strutted and gobbled its way to the lone hen decoy. In less than two minutes, that gobbler learned it had been looking for love in all the wrong places.

Morrett said one other late-season strategy is to use no decoys at all. This is especially so if hunting a bird that had not been patterned. If this bird had been pressured, it may have seen a variety of decoy spreads, had a close call being fooled and will hang up out of range.