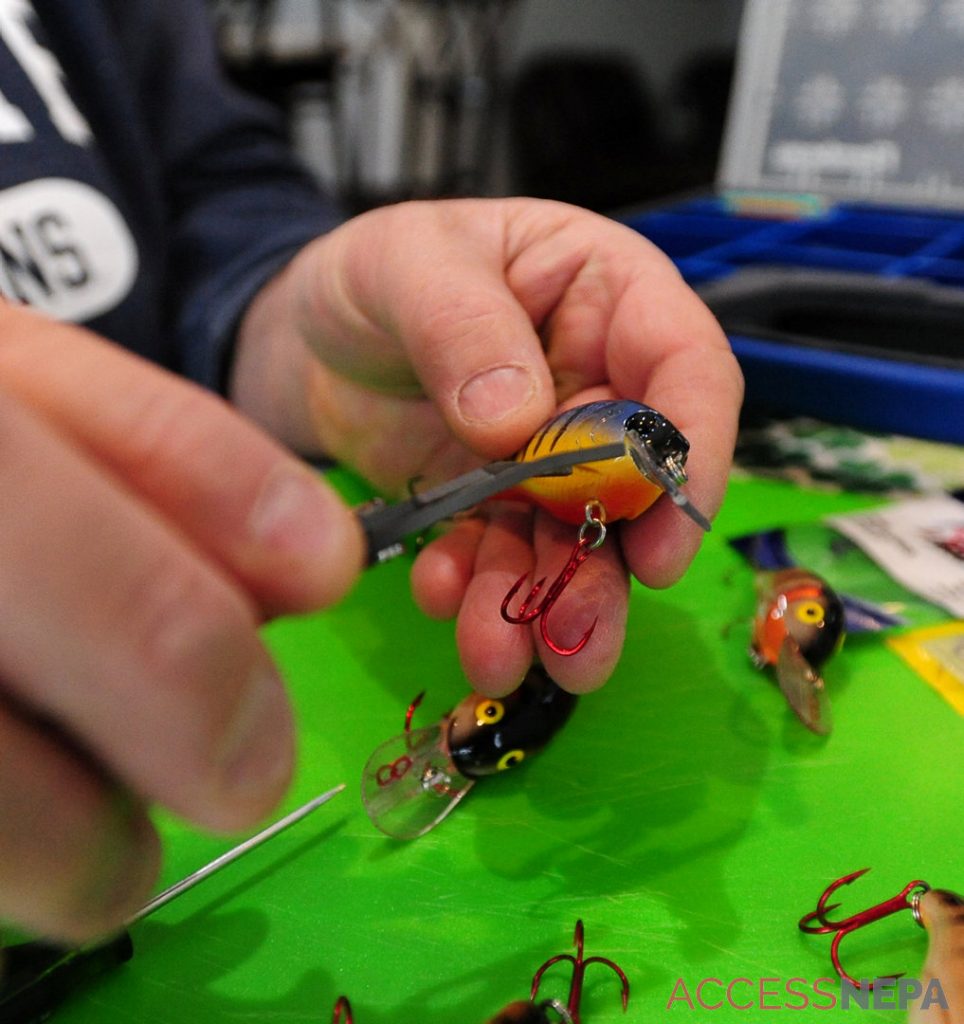 It’s the right time to start prepping for bass season

George Bowers’ bass lures endure a lot of abuse during the summer and fall, but in the winter they get quite a bit of pampering.

As an avid bass tournament angler, Bowers can’t afford to lose a big fish to faulty equipment, and that’s why he spends the winter repairing everything from crankbaits to poles.

“I really like to take a good look at everything and make sure it’s all repaired and maintained for bass season,” Bowers said. “The most important thing to catching fish is getting a good hookset, and that starts with maintaining everything from your reel to your lure.”

Bowers dismantles his reels all and cleans excess grease and dirt from each part with a cotton swab. Every time line is reeled in, it can carry grime from the water inside the reel, Bowers said. The accumulation of grime can wear out the moving parts and shorten the lifespan of a reel.

Once cleaned, Bowers applies a fresh drop of oil to all the moving parts and reassembles the reel.

“It’s important to not add too much oil — just a drop — because it can attract grime in the reel,” Bowers said. “It’s a little time-consuming, but whether fishing recreationally or in a tournament, you never want anything to fail.”

When Bowers is finished with his reels, he gives each pole a thorough inspection, checking the handles for cracks and making sure the reel seat isn’t compromised. The reel seat is a crucial component, Bowers said, because that’s the point that transfers the bump of the strike to the angler.

“I make sure that seat is very clean so there’s good connection. If there’s even a small bit of dirt between the seat and the reel, it can impact the sensitivity,” he said.

The guides, or eyes, are another important component of the rod that also need to be maintained. Bowers rubs a cotton swab inside each guide, which often have ceramic inserts, and if fibers are pulled off, it means there is a burr or groove present. He uses a magnifying glass to check for the slightest hint of fibers in the guides and to identify any wear.

Some anglers use braided fishing line for the added strength, Bowers said, but it’s also very abrasive and can wear a groove in the guides.

“I’ll even clean the eyes on occasion while I’m fishing,” he said. “It’s very important to have a smooth flow of line through the guides, especially when fishing with crankbaits. Clean guides allow you to cast further, and that improves the amount of time your lure stays down in the strike zone.”

When it comes to crankbaits, Bowers is particularly detailed with maintenance. Every crankbait that caught a fish goes into a separate box, which is one way for Bowers to determine what works while also allowing him to know which lures need to be inspected during the winter. Bowers keeps an array of replacement hooks, rings and eyes on hand, and he said the parts can be found locally at Nimrod Haven Hunting and Fishing and Dallas Sporting Goods.

Hooks are a primary maintenance issue, as they can bend or become dull. To gauge the sharpness of a hook, Bowers lightly runs the tip on his fingernail and if it catches, the hook is sharp. Even if a crankbait is new, Bowers replaces the hooks with a sturdier variety, and he prefers them in the color red.

“Red treble hooks give it a little extra flash and it makes it appear like a wounded baitfish, which bass will go after,” he said.

Bowers will also replace the split rings on the bill of every crankbait, using an oval ring to keep the wobbling motion of the lure tighter, and a wide ring for more movement during the retrieve.

The bill is an important component of a crankbait, and it’s also one that can easily sustain damage. Bowers said it’s important to fish a crankbait deep, getting it into the weeds or bouncing it off rocks to trigger a strike. 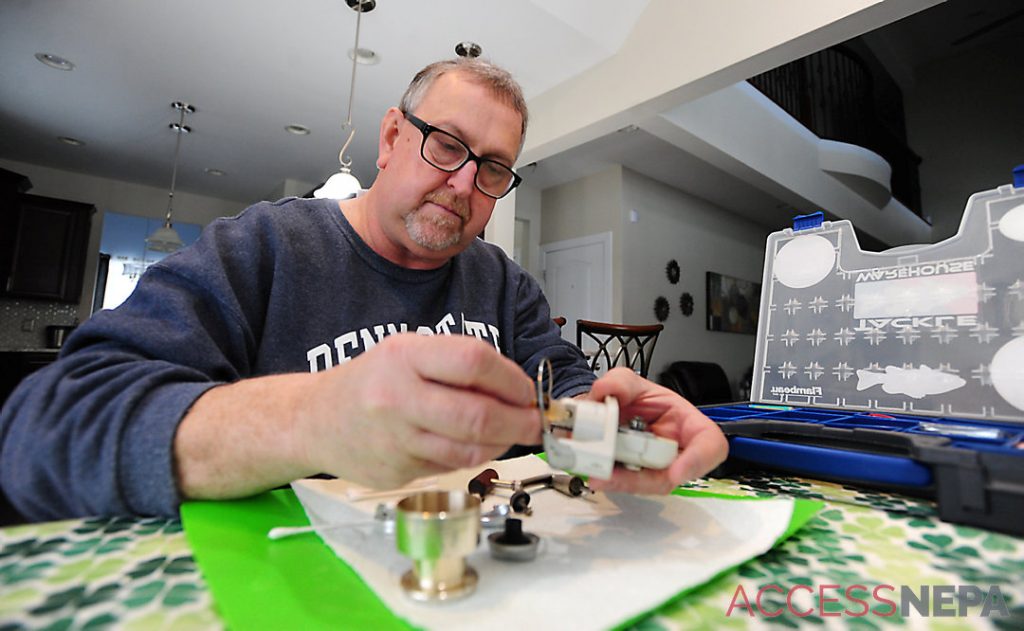 Bills come in different shapes, and each one influences depth, so Bowers will mark the depth on the crankbait so he can match it to a particular lake.

Because of the abuse from bouncing off of rocks and debris on the bottom, bills can become nicked, and that impacts the depth of the lure.

“I file and smooth all of the edges of the bills so they cut through the water better and get more depth,” he said. “It also reduces the chances of the lure getting hung up in the weeds.”

Bowers also paints an orange patch on the underside of each crankbait, something he said helps triggers strikes, and he replaces eyes and re-paints any chips in the body of the lure.

To aid with depth, Bowers adds an adhesive weight, or suspension dot, to some crankbaits as well.

“The adhesive has to be perfectly square so the crankbait runs true and doesn’t favor a side,” he said.

“I spend a lot of time in the winter patching up my crankbaits, because they are expensive to buy new. You have to fish them hard and on the bottom, so making repairs after the season allows them to hold up to the abuse.”

TOM VENESKY is a freelance outdoors writer. Contact him at veneskyoutdoors.com.