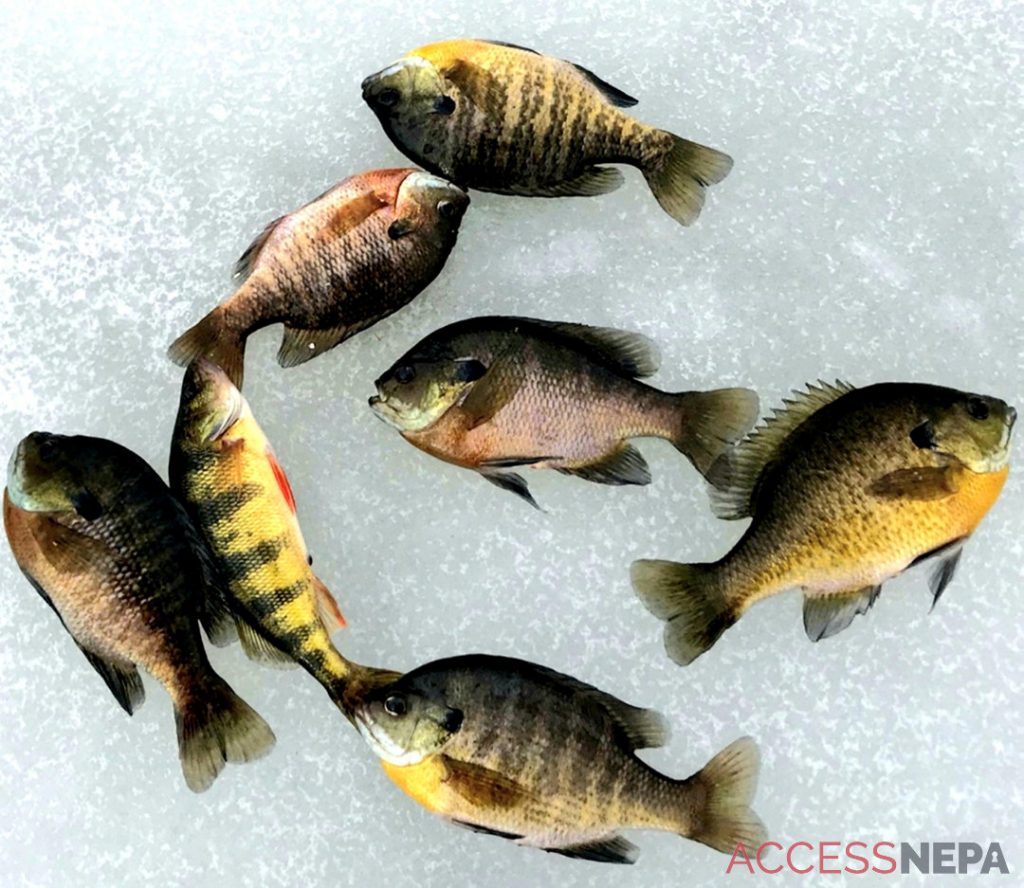 There are a lot of winter traditions in Northeastern Pennsylvania that people look forward to when the temperature is cold and snow is falling from the sky. Right when the ponds and lakes freeze, one of those winter activities is ice fishing.

Ice fishing has become a yearly activity for Randy Williams of Springville. As soon as the water freezes, he grabs all of his gear and heads out to the lakes to see if he can get some good luck.

“I love ice fishing because it’s an outdoor activity that people can do when there isn’t a lot going on. Once hunting season ends, us outdoors people are always looking for something to do,” Willams said. “We love fishing, and it can even be fun on ice too.”

Williams doesn’t have to go far to be able to ice fish, he lives within walking distance of Lake Walter in Springville. The close proximity that he has to water means that there is no shortage of good ice fishing time.

“When there’s good ice, I go a couple of times a week,” Williams said. “You can say that I hit the jackpot living right near a lake that normally gets good ice.”

Good ice is obviously the key to good ice fishing. Williams said that the best type of water to use is one where the ice is generally six-to-seven inches thick. Lake Walter is only about four inches right now, which is still thick enough, but is starting to push the ice a little bit.

With the warm winters of the past couple years, finding thick enough ice has been a bit of a problem, although Williams said that this year a lot of ponds are freezing over quite nicely.

“The past couple years have been really slow,” Williams said. “Even this year, I haven’t been able to get out as much as I wanted to yet. When I have gone out however, it’s been really good. Lots of fish have been stocked in the lakes.”

Although Williams has been all over Northeastern Pennsylvania ice fishing, he likes to keep it close to home when he wants a nice day out on the ice.

“Personally, Lake Walter is my favorite spot,” Williams said. “A lot of the places around here are private, so you need permission to be able to fish on them and that could be a little tough sometimes. Plus- I don’t have to travel that much.”

A typical day on the lake usually involves Williams and a couple of his friends. The guys can sometimes spend the whole day out there with lots of stories told and lots of laughs between good friends.

“We have a blast out on the lake,” Williams said. “When it’s a really cold day, one of the first things that we do is call each other up, and ask if anyone wants to come to the lake. Usually we get a couple of people to come.”

Even though Williams enjoys the camaraderie, there is another part of ice fishing that he thoroughly enjoys.

“The best part is catching enough fish to be able to cook yourself a couple nice meals” Williams said. “I really look forward to those fish dinners during the winter from the catches I get.”

For anyone in the area interested in trying out ice fishing one day, Williams has some advice for newcomers.

“First order of business is to make sure that the ice is strong enough, you’ll be able to learn that with experience,” Williams said. “Never go ice fishing alone, always have someone with you at all times, and lastly have a lot of fun with it.”