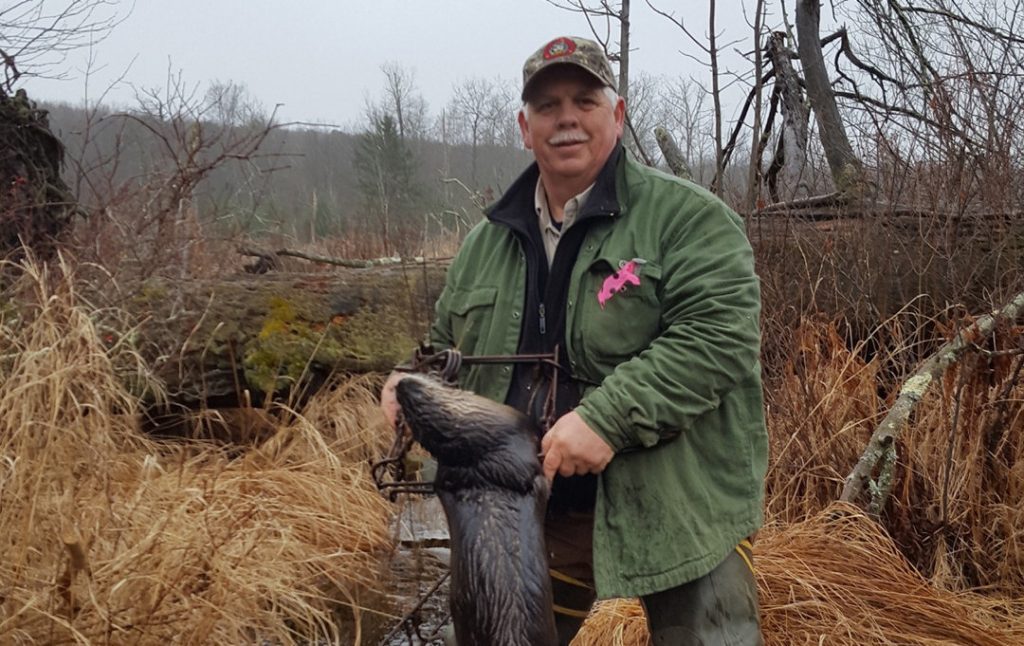 Get ready now to fill an otter tag in Pennsylvania

The inaugural otter trapping season in 2016 was the culmination of one of Pennsylvania’s greatest conservation success stories. At one point, river otters were nearly extirpated in the state, and in 1982 the Pennsylvania Game Commission and Frostburg University began a restoration effort.

From 1982 to 2004, 153 river otters were released in various watersheds throughout the state that were procured from a growing resident population in Northeastern Pennsylvania and other states with stable populations. Trappers and conservation officers played a vital role, as many of the otters were trapped using small, well-built and strong foothold traps.

Now, 34 years later, river otters occupy nearly all watersheds in the state, and their population is booming. As with any reintroduction effort of a furbearer or game animal, the ultimate measure of success is the establishment of a harvest season while the population remains sustainable.

Since there has been just five limited otter seasons in Pennsylvania, there are virtually no experts on trapping otter in the state. Thankfully, there are a number of avid trappers in the state who make trapping excursions to states with more liberal otter seasons and have mastered catching the big water weasels.

Barry Warner, who is a retired Pennsylvania game warden and currently the public relations director for the Pennsylvania Trappers Association, has many years of trapping the swamps of North Carolina under his belt targeting beaver and otter. He also lives in Northeastern Pennsylvania and was one of the officers who trapped otters in that region to be relocated throughout the waterways that flow through Penn’s Woods.

Warner’s favorite body-gripping trap for otter is the 280, which has dimensions of 8×8 inches. If a trapper has 330 beaver traps in their arsenal, they will be adequate for otter.

In regards to footholds, Warner recommends a No. 1½, No. 2 or No. 3 depending on the set type and which foot is being targeted. Otters are notoriously powerful, so it is important that traps are in good condition with adequate springs.

Warner stresses that chains on both footholds and body-grips should contain multiple swivels as otters are agile, powerful and tend to roll when caught. These factors are why swivels are such an important feature of an otter trap, and use cable — not wire — as a terminal fastener on land or in the water.

“Dam locations are prime selections for beaver and otter trappers, but in Pennsylvania we may not set within 15 feet of a dam or lodge,” Warner said. “While beaver primarily use the main crossover, otter will often travel the narrow runs where the water flows on either side of the dam, and these are great locations if the set can be placed beyond the 15-foot restriction.

“If there is a large bend in a stream, look where otters cross overland as they are very curious and do not always follow the flow of the stream. One may also find crossovers between two streams that are running parallel to each other.”

With the ever-increasing otter population in the state, many outdoorsmen may have come across otter toilets, which are areas containing dark, moist scat and dried gray or white fish scales, which are the remains of much older scat. Otter toilets with a large amount of scat with varying degrees of age tell the trapper that it is frequented by otter.

Sets can be made if there is a slide from the toilet to the water’s edge where a body-gripping trap or foothold can be utilized. If there is no obvious place where the otter is entering the water, a dirt-hole set can be constructed near the toilet area, and Southern otter trapper Dave Eckels recommends red fox gland lure for otter — although many trappers rely on mink gland lure.

Warner says otter trapping is a waiting game, and due to their large home range and possible food sources, otter may not return to an area for weeks. He recommends scouting the area before the season opens, and if there is snow on the ground, take advantage of what the otter teaches.

Wildlife Management Units 1A, 1B and 2F in Northwestern Pennsylvania have been added to the zones open to otter trapping, joining WMUs 3C and 3D in the northeastern corner. Otter season for 2021 runs from Saturday-Saturday, Feb. 13-20, and in addition to the WMU restrictions and general furtaking regulations, another noteworthy regulation is it is unlawful for otter trappers to set, tend or operate more than a combined total of five traps or snares and having no more than two of which may be body-gripping traps.

If looking to suppress cabin fever this winter and are up for the challenge, purchase an otter tag, prepare gear and get out there and scout locations. Pennsylvania trappers are fortunate to be part of one of the state’s most successful conservation efforts.

More information on trapping can be found at www.patrappers.com or accessing PA Trappers Association on Facebook.