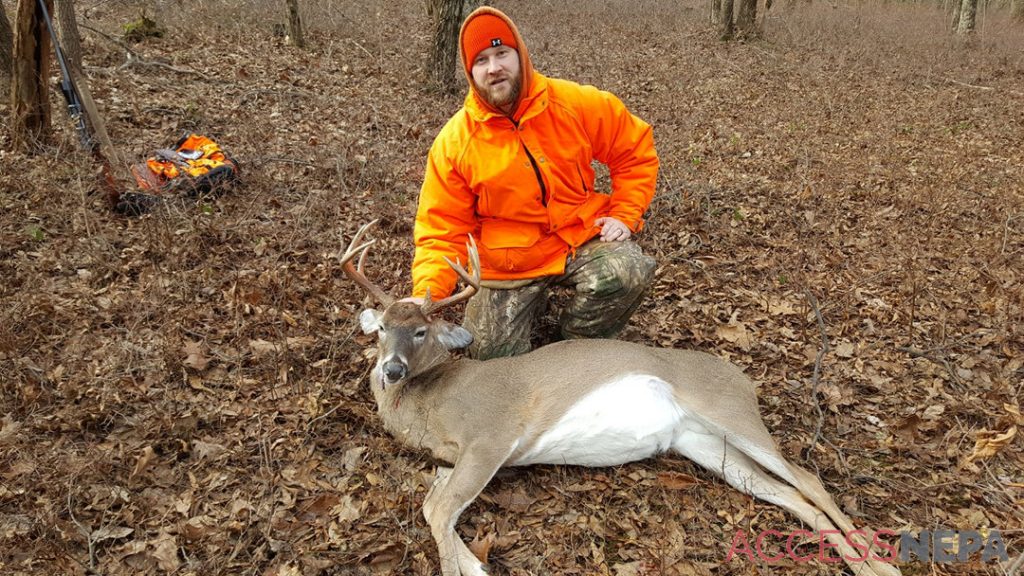 This year the opening of the firearms deer season in Pennsylvania comes as close to an out-of-state deer hunt as one can get without shelling out the big bucks for a non-resident license and outfitter fees.

All of that came to fruition earlier this year when the Pennsylvania Game Commission board of commissioners created a true opening weekend for the firearms deer season by setting opening day Saturday, Nov. 28, and then using Sunday, Nov. 29, for the second day of the 14-day season. This is the second consecutive year for a Saturday opening day, and the Sunday date is the final of the three state legislators approved — the first being held the final Sunday of the statewide archery deer season and second being held today during the statewide general bear season.

In area wildlife management units, hunters may take only antlered deer during the season’s first seven days, with the antlerless and antlered seasons then running concurrently from Saturday, Dec. 5, to the season’s close, Saturday, Dec. 12. Concurrent hunting for antlered and antlerless deer through the duration of the firearms deer season is open in WMUs 2B, 2C, 2D, 2E, 4A, 4B, 4D, 5A, 5C and 5D.

Commissioners had preliminarily approved a statewide concurrent firearms deer season but said that the majority of the comments they received were from individuals who opposed the change out of concern it would decrease the deer population. In response to those comments, the board of commissioners voted to continue with the split firearm deer season in much of the state for the first week of the rifle deer season.

Deer populations at the WMU level are managed through antlerless allocations, and the board made adjustments based on the length of the firearms season within each WMU. Antlerless allocations in WMUs with concurrent seasons are lower than they would have been if a split-season had been approved.

The initially proposed statewide concurrent firearms season was not designed to broadly reduce deer populations across the state. Rather, it was intended to allow hunters more time to meet the deer-management objectives in each WMU and take into account the potential for inclement weather to negatively affect hunting opportunities.

Retained are antler restrictions that have been in place for adult and senior license holders since the 2011-12 seasons of “three-up” on one side, not counting a brow tine, for the western WMUs of 1A, 1B, 2A, 2B and 2D, and three points on one side in all other WMUs. Those exempt from these antler restrictions are mentored youth hunters, junior license holders, disabled hunters with a permit to use a vehicle as a blind and resident active-duty military on leave.

“Opening days have been drawing the largest crowds of hunters for a long, long time, and is the day every deer hunter wants to be afield,” PGC executive director Bryan Burhans said. “It’s that day when anything really can happen, when lifetime bucks are taken, when hunters are bound to see more deer than any other day of the hunting season.

“It’s when every hunter wants to be tucked away in the woods waiting for a big buck to come his or her way, and the firearms season opener is always worth the wait, but so is the first Saturday of the season. Last fall, hunters took more deer on the first Saturday than the opening day — a first in Pennsylvania’s deer-management history.

“Opening day is almost always the most exciting of the season and therefore usually offers the greatest opportunity, and about 45 percent of the season’s buck harvest was taken on the opener last year. Still, if you can find the time, get afield for both opening day and the first Saturday as they really are two of the best times to be deer hunting.”