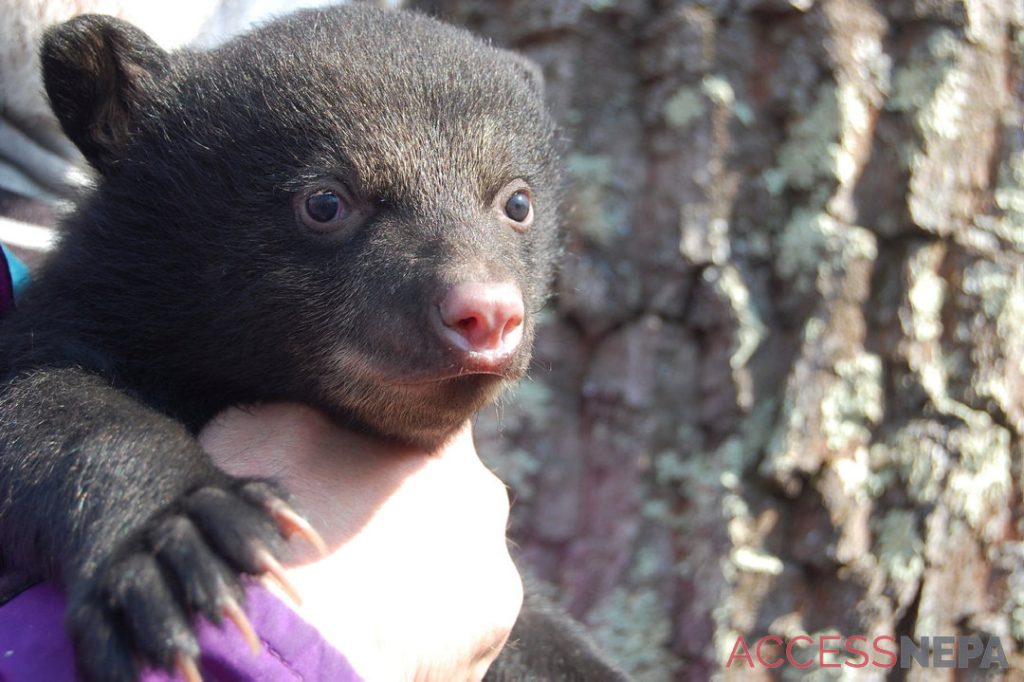 Black bears out there, but out of sight for a few weeks

Regardless of whether a person spends countless hours in the wilderness or they are brand new to the outdoors experience, watching a Pennsylvania black bear in its wild surroundings makes for a memorable and fascinating experience.

Black bear sightings in the winter, however, are few and far between as most bears are nestled up in their wintertime dens. Mid-winter is a great time to unlock some secrets about one Pennsylvania’s most magnificent and majestic mammals as black bears are in the height of their wintertime resting period and sustain a drastically different lifestyle throughout the winter months as compared to other times of the year.

“Black bears are very different from most other Pennsylvania mammals especially during the winter,” Pennsylvania Game Commission Wildlife Management Supervisor for the Northeast Region Kevin Wenner said. “Bears do not settle into a deep state of hibernation and do not hibernate in the true sense of the word, such as some other mammals like groundhogs, as much as they go into a deep state of rest that is referred to as denning-up.”

Basically, what this means is that from late summer through mid-November, bears prepare for winter by adding weight. During the late summer and autumn months, black bears can feed for up to 20 hours a day, ingesting up to 20,000 calories in an effort to fatten up for the winter.

Wenner explained that a bear’s body senses when it is expending more calories than it is taking in. This normally takes place in late November or December when mast crops are starting to become harder to access and when food availability gradually declines. This is an internal signal to a bear that it will need to search for a place to den for the winter.

Bears den individually as pregnant sows are almost always the first to do this. Boars typically den up a few weeks later. It was also noted that bears typically do not use the same den from year to year, and locations can vary.

“Bears can often choose from a wide variety of locations to den for the winter months with rock crevices, hollow tree cavities, root wads of fallen trees and even nest-type areas where they might pull leaves, sticks and vegetation over and around their bodies,” Wenner said. “A den doesn’t need to be weather proof as the heavy coat and thick layers of body fat will also protect a bear from the elements.

“Both boars and sows experience declined metabolism rates, slightly lower body temperatures, reduced respirations and do not eat, drink, urinate or defecate from about December until the time frame when they emerge from their respective dens, which is often in mid-to-late March or early April. A look into an occupied bear den would portray the bear to be groggy or sleeping or in a state of hibernation. However, a bruin in this state is fully capable of quickly emerging from the den to defend itself or its cubs if it sensed an external danger and can go from lying down to running in just seconds.

According to the Pennsylvania Game Commission, pregnant females often give birth from 1-to-5 cubs, with a Pennsylvania average of three cubs to the litter. Cubs are covered in a layer of fine black hair, weigh close to 10 ounces and have a length of about 9 inches at birth.

Their eyes and ears are closed and they are drawn to the body heat of their mother, who nourishes them with her rich milk. Cubs grow and mature quickly while in the den, and by the time they emerge in mid-to-late March or early April, their eyes have been opened for several weeks, they are walking and the development of their other senses are well under way as their body weights are getting close to 10 pounds each.

For more information about black bears in Pennsylvania, refer to the Pennsylvania Game Commission website at pgc.pa.gov.

Hynick is a member of the Pennsylvania Outdoor Writers Association. Contact the writer: outdoors@republicanherald.com