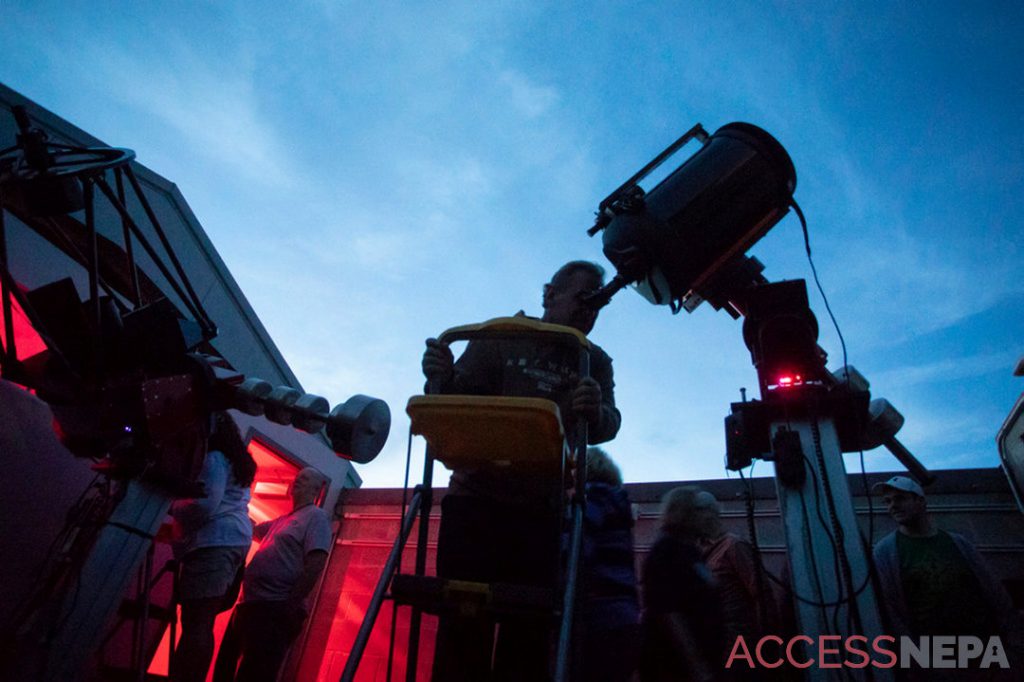 All around the North Star

When you ask the average person what is the brightest star in the Pottsville night sky, the answer you will often get is the North Star. Unfortunately, that’s nowhere near the right answer. There are 50 other stars in our heavens that can brag that they’re brighter. Sirius is the brightest nighttime star, and also the brightest star in the constellation Canis Major the Big Dog. Canis Major and the rest of the great winter constellations are still available in the low southwestern sky after evening twilight.

Don’t feel bad if you thought the North Star was the brightest star. You’ve probably heard so much about it that you assumed it was the brightest. The North Star is also known as Polaris, and that name befits its role in the night, because it’s shining directly above the Earth’s North Pole. If you were looking down on the Earth from Polaris, you would have a rough time seeing our planet! The North Star is perched 432 light-years, or just more than 2,500 trillion miles, above the North Pole. The light we see from Polaris tonight left that star when Galileo Galilei was 24 years old!

Since Polaris shines directly above the North Pole, it’s an important star in our heavens. That’s because all of the other stars in our sky, including the sun and moon, appear to revolve around Polaris once every 24 hours. Of course, it’s not the stars that are moving, but rather us Earthlings rotating below the dome of the sky. If you were standing on top of the world at the North Pole, Polaris would be directly over your head. You’d see all of the other stars obediently revolving around Polaris every 24 hours. None of the stars would rise or set. We would see the same set of stars every single night, and most nights our teeth would be chattering!

Since we’re living in Pennsylvania instead of the North Pole, the North Star is not overhead, but always fixed about halfway from the northern horizon to the overhead zenith. Polaris is easy to find with the help of the nearby Big Dipper. This time of year, the Big Dipper, which serves as the rear end and tail of the constellation Ursa Major or the Big Bear, is perched nearly upside down in the high north-northeast sky. The two stars that mark the side of the dipper’s pot section opposite the handle, Merak and Dubhe, act as pointer stars to Polaris. Just draw a line from Merak to Dubhe and continue that line beyond Dubhe, and it will go almost exactly to Polaris. The North Star is about 30 degrees from Dubhe, or roughly three of your fist-widths held at arm’s length. No matter what time of night or year, wherever the Big Dipper is in the northern sky, the stars Merak and Dubhe will always point at Polaris. By the way, Polaris also serves as the brightest star in the much dimmer Little Dipper, the nickname for the constellation Ursa Minor, the Little Bear.

Constellations close to Polaris, like Ursa Major and Minor, as well as Cassiopeia the Queen and Cepheus the King, make a tight daily circle around the North Star. Because they’re so close to Polaris, they never set below the horizon. They graze the northern horizon at their lowest point. These Polaris huggers are better known as circumpolar stars. The rest of the stars in the celestial dome that are farther away in the sky from Polaris also circle the North Star once every 24 hours, but the northern portion of their circles lie below the northern horizon. So to us, those stars rise at some point in the east and set at some point in the west, just like the sun and moon.

Not only do all of the stars circle Polaris every single day and night, but they also shift to the west a little bit each night. That’s a good thing, because that gives us a celestial variety show! We see different constellations from season to season through the course of the year. I’ll have more on that next week.