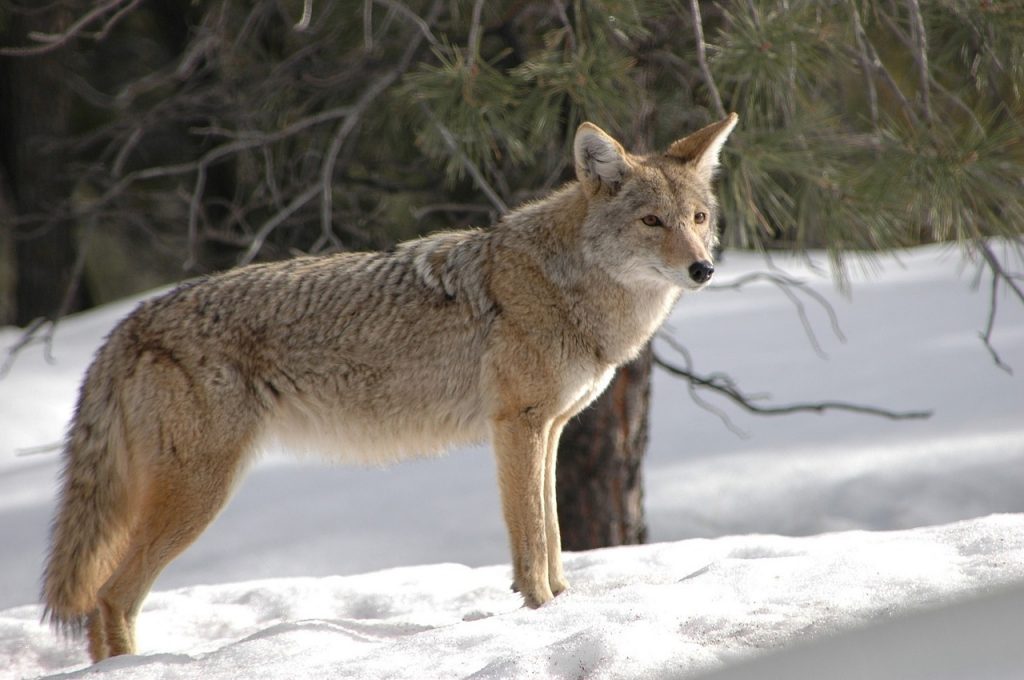 For 20 years, James Rhodes, 49, of Clarks Summit, has participated in the District 9 Northeast Pennsylvania Trappers Association Coyote Hunt, but Sunday was the first time he won anything.

He was $2,250 richer after bringing in the largest coyote in the three-day hunt that ended at the Triton Hose House in Tunkhannock.

Over the years, Clark said he’s gone out with a party of hunters, doing the calling while someone else made the kill.

But his buddy wanted to sleep in late Sunday morning after Saturday’s miserable weather.

So, Rhodes did the calling and the shooting at the crack of dawn Sunday, and got a 47.4-pound male in Waverly Twp.

“You better believe I’m excited,” Rhodes,who has been a hunter for 36 years, said. “This feels great.”

Around 650 hunters registered for the second largest coyote tournament in the state which had weigh-ins at the fire hall.

Forty-six coyotes were removed across the region with hunters on Saturday having to contend with rain, sleet, snow and winds.

“Frankly, I’m surprised we had even seven on Saturday, considering the horrible weather,” organizer Bill Kalinauskis of Nicholson said.

He added that the harvest of 27 Friday was a record for the first day of the hunt, and he was thrilled a dozen more were added Sunday.

Biggest coyote to be harvested Friday went to Harold Gregory of Wyoming County who used an electronic call and a .223 rifle to bring in a male 44.5 pounder.

Biggest coyote on Saturday went to Steve Skovronsky, also of Wyoming County, for a male coyote just under 42 pounds.

Kalinauskis said the number of hunters was down slightly but the harvest increased by seven from 39 a year ago.

Joining the hunters at Triton were a trio of wildlife biology majors at nearby Keystone College — Alec Smith of Lewistown, Nick Martin of Troy and Paige Mokychic of Monroe Twp. — who were taking blood samples and organ tissue in a study looking at tularemia, a disease that can infect animals and people.

They were joined by Kyle Van Why, a wildlife disease specialist with the U.S. Department of Agriculture in Harrisburg.