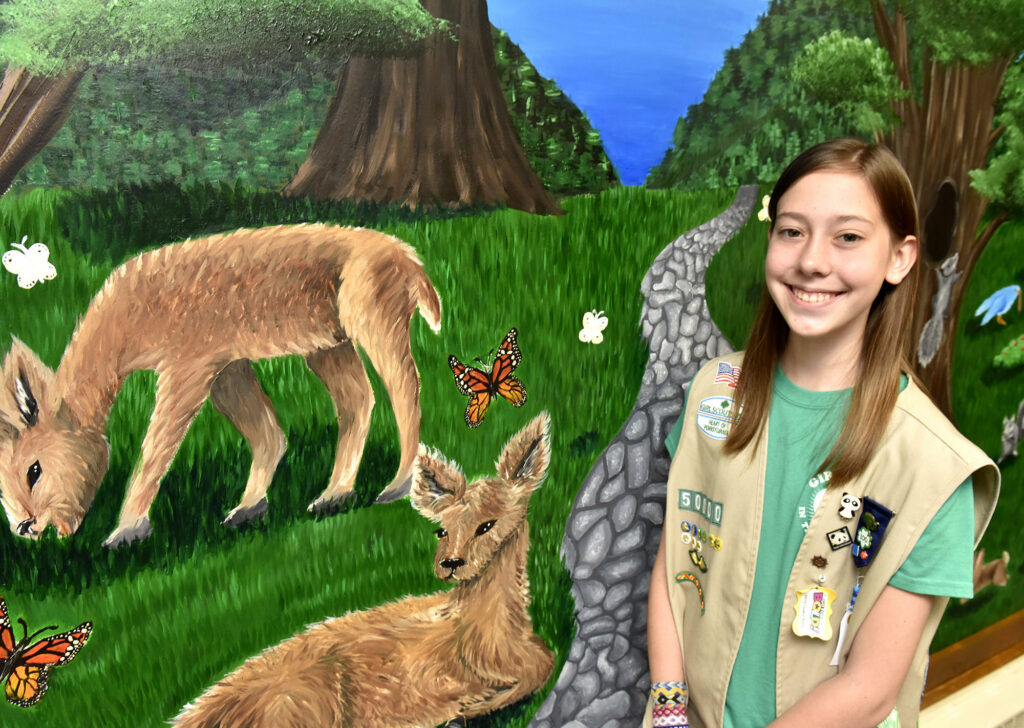 In lieu of a window, a vibrant mural inside Clarks Summit Elementary depicts a vibrant woodland scene complete with deer, birds, trees and flowers.

The art is the work of Faith Bennett, 14, of Newton Twp., a Girl Scout with Troop 50800, who painted the project to earn her Silver Award, the second-highest honor the organization bestows. In all, Faith spent 80 hours working on the project.

“I just wanted to combine a lot of elements from nature into this mural,” Faith said.

The idea of a mural originated with Emily Dillon, an emotional support teacher at the school. Dillon’s classroom has no windows. Her students deal with anger and emotional issues, Dillon said.

“Out of probably all of the buildings in the classroom, this is one of the groups of students that really needs that outdoorsy feel and the relaxing, calming kind of feel,” Dillon said.

Dillon first dressed up the wall with posters before thinking of the mural. While talking with another teacher at the school, she learned about Faith and her artistic ability. Dillon approached Faith’s mother Denise, who also works at the school, about whether Faith would be interested in the project. 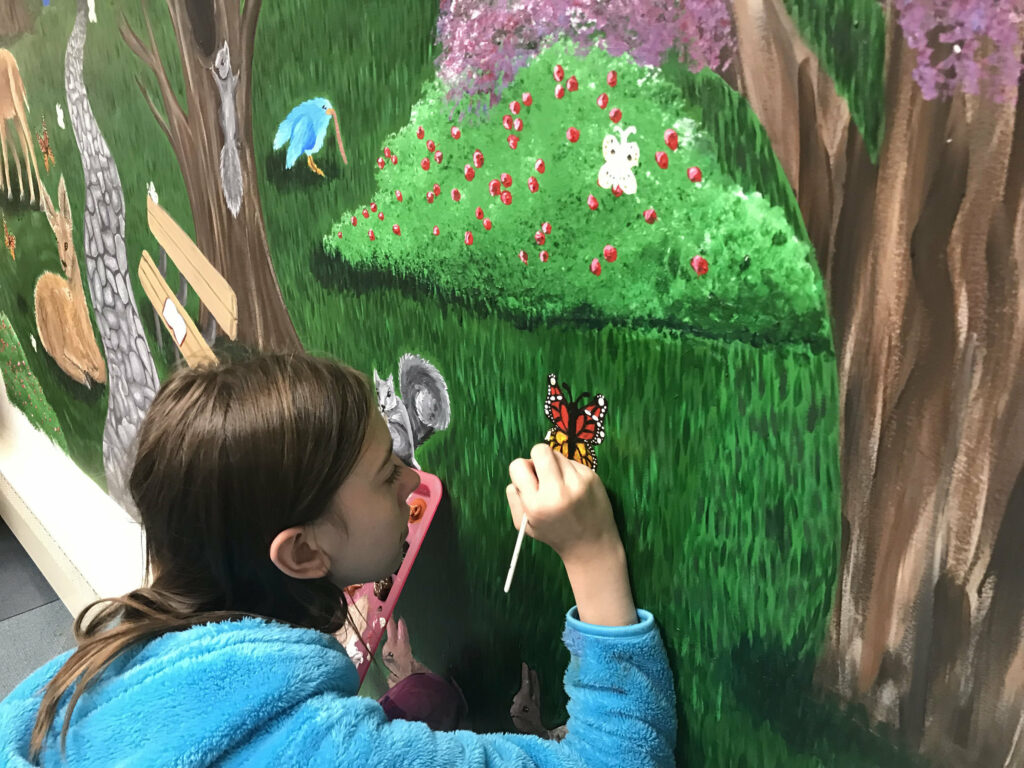 Faith decided to make the mural for her Silver Award, which calls for scouts to spend at least 50 hours on something that provides an everlasting benefit to the community.

“I thought this would be a perfect idea because the mural really benefits this classroom and this school,” Faith said.

Faith went to work and sketched out a plan for the mural and after getting clearance from school officials, started in September. She used a projector to cast an outline of the original drawing on the wall, traced the scene and then started painting whenever she could after school or on weekends.

However, wet weather proved problematic in October. Heavy rainfall caused flooding in the school and ruined the work Faith started. She scraped and peeled the paint from the wall, replastered and reprimered it and started over.

Faith made some adjustments to the original sketch after the flooding and added a stone walking path running down the middle of the scene. She drew inspiration from outdoor features around the school, such as a purple-flowering tree and a bench, Faith said. An open book on the bench symbolizes learning, she said.

Other parts of the mural, like red berries on bushes, were added on a more spontaneous basis to add color. Bird nests full of robin eggs and bluebird hatchlings adorn other trees.

“I wanted to add as many details as possible so the students could look at it and always try to find something new and inspiring,” Faith said.

The students in the classroom certainly took notice, Dillon said. On Monday mornings, they’d eagerly scan the wall for new additions Faith painted over the weekend.

While Faith wrapped up the mural in early June and did a presentation on it to earn her Silver Award, it is still a work in progress of sorts.

Faith wanted to add a growing, ongoing element to the mural and decided on having Dillon and her students dip their thumbs in paint and use the prints to make flowers growing on the scene. New students will continue to add thumbprint flowers in the future.

“It really is absolutely perfect for our classroom,” Dillon said. “The students love it.”