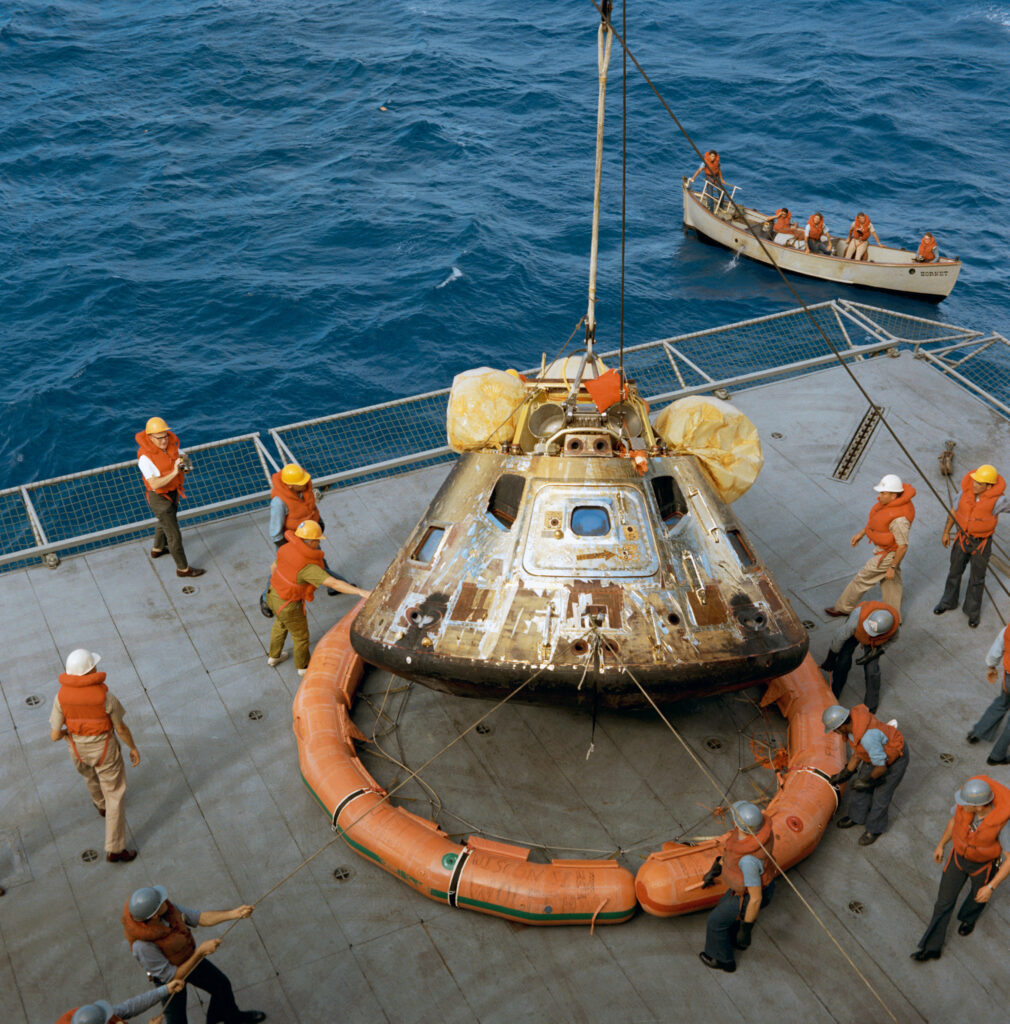 Shenandoah man looks back on retrieving astronauts from sea

It was a cloudy day, so Curt VanBlargan didn’t see the capsule when it plummeted into the earth’s atmosphere on July 24, 1969.

But he did hear the sonic boom it created upon re-entry about 13 miles from where he was in the Pacific Ocean.

VanBlargan was 24 and a Navy boatswain’s mate second class assigned to the aircraft carrier USS Hornet. He was part of a secondary splashdown recovery team.

“As our boat approached the capsule and I saw it for the first time, my thoughts were that it didn’t look like it belonged on this earth,” he said.

A native of Zion Grove who now lives in Shenandoah, VanBlargan described the capsule as a “shiny-gold, entry-scorched craft” that was bobbing upside down in the waters.

For the splashdown, VanBlargan served as a coxswain. He and his crewmates maneuvered two 26-foot motorized whale boats around the command module.

“We were really close to it,” he said. “We were part of the backup team in case something went wrong.”

VanBlargan said his team recovered two of the three parachutes that delivered the capsule to the earth.

They were looking for a nose cone apex cover, but never found it.

VanBlargan recalled the weeks and weeks of training that went into the mission. They’d train during the day and night. They attended debriefings where ideas were solicited.

After the astronauts were freed from the capsule, they were flown to the USS Hornet and quarantined for 18 days in Hangar Bay 2.

“We could see the astronauts through the curtain,” he remembered.

In a previous interview with the Standard-Speaker, he called the experience unique.

“I was just a guy from nowhere in the right place,” he said. “I guess I was thought of highly because I was picked for the mission. I was fortunate.”

He received a Navy Letter of Commendation for his outstanding performance during the recovery, along with souvenirs like pins, buttons and mugs.

He also participated in the Apollo 12 splashdown.