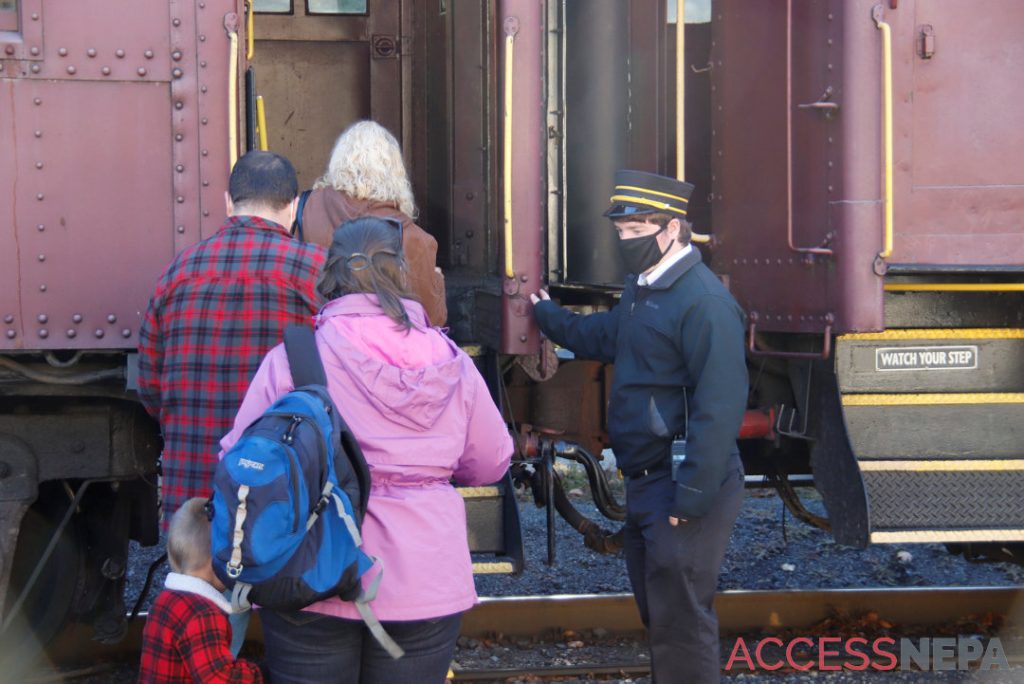 POTTSVILLE — Ever since he was young, Spencer Buckingham has loved trains.

“I used to go to my nan’s house and sit on the porch and watch them go by,” the 18-year old Pottsville Area High School senior from Norwegian Twp. said. “I watched them all the time.”

His passion has lead him to want to pursue a career working with freight trains for the Reading, Blue Mountain & Northern Railroad.

“I’m hoping to be there my entire career,” he said, “working as a conductor or engineer. I see myself there for a long time.”

Since Sept. 2, he works part-time on weekends as a car host for the company’s Lehigh Gorge Scenic Railway in Jim Thorpe, assisting people getting on and off the train cars, and collecting tickets.

“They ask me questions about Jim Thorpe and the train,” he said, which he added is his favorite part about the job.

To get the job, Buckingham had to shadow an experienced car host before he was able to work on his own. Each weekend, Buckingham is assigned to manage two of the 14 train cars. He said the job is one that leads to being a train conductor and eventually engineer for someone his age, and RBM&N, based in Port Clinton, is expanding. 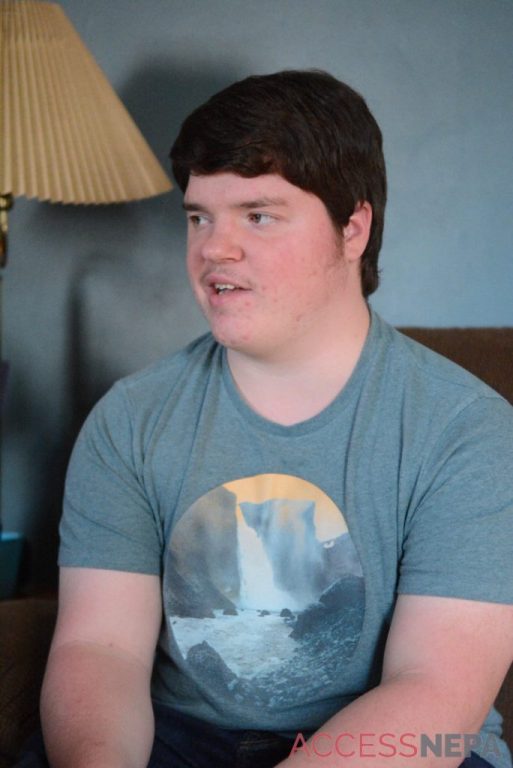 LINDSEY SHUEY / STAFF PHOTOGRAPHER
Spencer Buckingham talks about his job as a car host at Reading, Blue Mountain & Northern Railroad from his home in Norwegian Twp.

In addition to interacting with passengers, Buckingham, who also plays snare drum on the high school’s marching band, said he also likes listening to the train cars roll along the tracks.

“I generally love being on the train,” he said.

‘Won’t consider it a job’

Growing up, he also saw the CNJ 113 Santa Train go by, visited the life-size Thomas the Tank Engine in Stroudsburg and put a train set under his Christmas tree.

Spencer Buckingham isn’t the only person in his family that works for the railroad company. His father, Bill Buckingham is a truck driver for TransLoad, its trucking division, taking materials from factories onto trains. Despite there being automobiles and planes, the younger Buckingham said he still sees a place for them in the world.

“You’re always going to need transportation for goods and freight,” he said. “It’s cheaper to transport the goods (on trains).”

If he does have a chance to work for the company, Buckingham said it will be more than just his profession.

“I won’t consider it a job because I’ll be loving it too much,” he said.