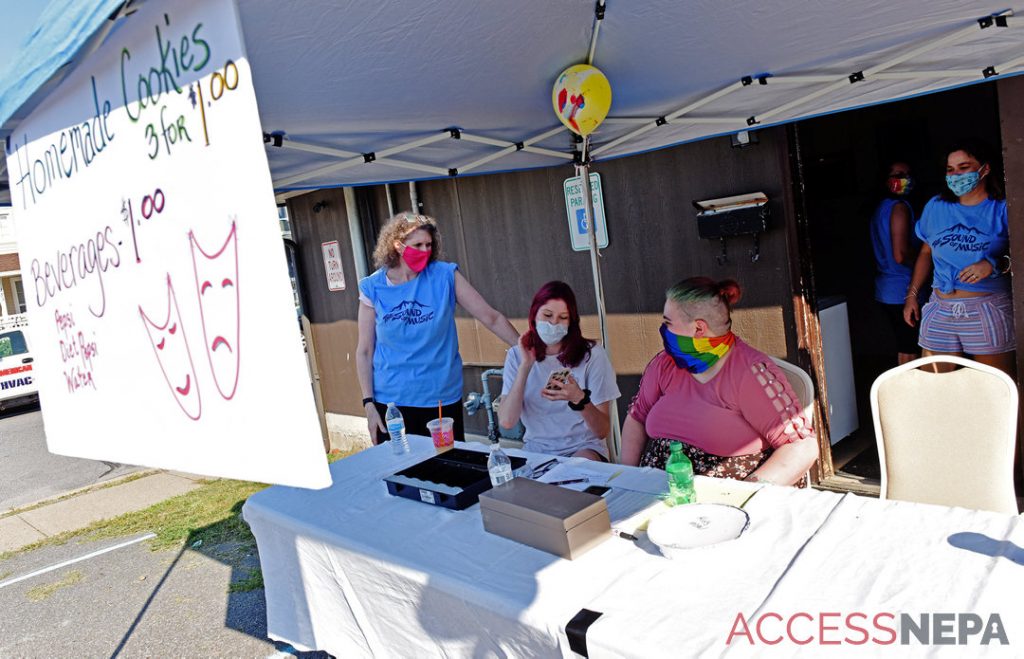 When COVID-19 restrictions hit in March, the Music Box Dinner Playhouse in Swoyersville was not all shook up, though the theater staff and actors wish it were. They were in rehearsal for the Elvis Presley songbook inspired musical “All Shook Up,” with Tyler Saar in the lead as Chad, but had to shut it down.

Michael Gallagher, the volunteer general manager, said under the stay-at-home order, the theater closed. “Well, we weren’t an essential business.”

Even under the short-lived “green phase” or the 25, or even 50 percent, capacity limits set by the governor, it wasn’t possible to open. The playhouse capacity is 130 counting dinner and show-only patrons.

“With the six foot social distance, we’d be lucky to fit 40 in the audience and that’s not enough to pay the bills, assuming they would even come. We have a small stage and relatively small dressing rooms. It would be impossible for them to social distance. And they can’t sing with a mask on and it would be dangerous anyway.”

The Music Box’s last show was “The Sound of Music” which sold out weekends in January and February. Gallagher could only guess when the Music Box might open again. “We’re in limbo until things get better. We hope possibly next spring, April or May.”

Even if things are near normal by then, the Music Box will face another difficulty. The dinner theater concept included a self-serve buffet. “As we consider going back, we won’t know whether or not we will be able to open with a buffet.”

One option might be cafeteria-style service at a glass covered serving line where audience members make their selections by pointing and are served by a staffer. While the staff and actors are volunteers, part-time jobs for the caterer’s staff of waitresses, cooks and bartenders have been affected.

The playhouse is a non-profit, run by a board of directors, and even though the shows are on hold, there are still utility and other bills to pay. “We try to minimize our utilities as much as possible, and we’re lucky grants and small business loans kept us going.”

When the playhouse does open next year, it will be its 40th anniversary season. The playhouse was founded in 1981 by the since-retired veterinarian Robert “Doc” Bishop and his wife, Kelly. The first production was “Oklahoma.”

“They hired me to be tech director,” Gallagher said. “They treated me like family. It was an honor and joy, they are such nice people.”

Other local community theaters have had to close for indoor shows, too, though the Ovation Playhouse and Kiss Theater put on shows on the Kiss outdoor stage in Joe Amato East End Centre in Wilkes-Barre Twp. Ovation also streamed the “Mod Musical Shout!” 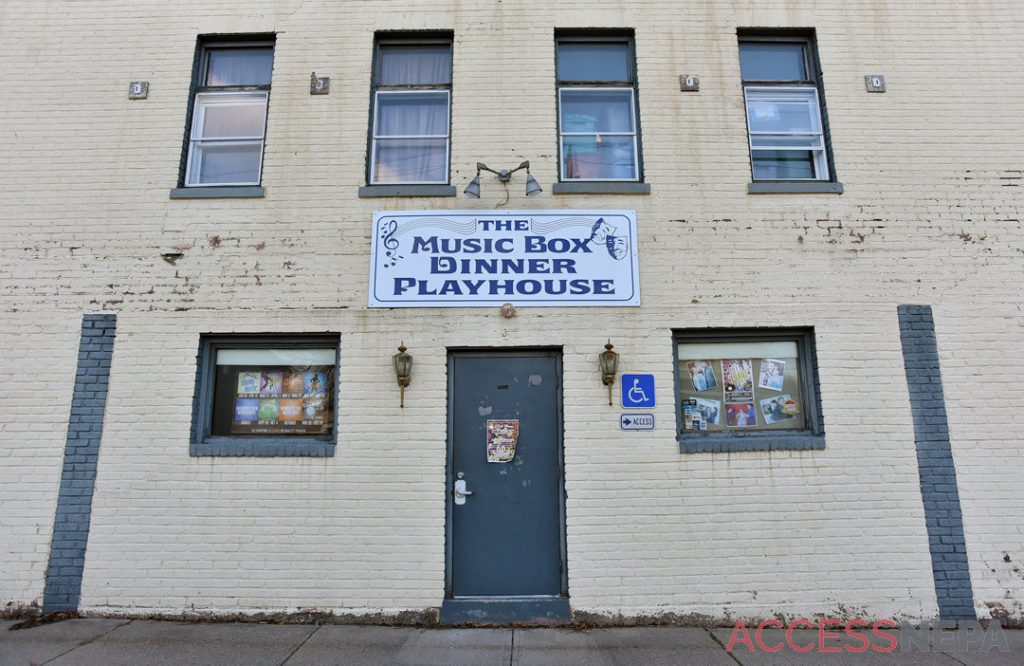 The oldest local community playhouse, Little Theatre of Wilkes-Barre, was organized in 1922, had its first full season in 1923 and was incorporated as a 501c3 in 1928. On the theatre’s website, General Manager David Parmelee wrote: “Little Theatre has staged productions since 1923, through a Great Depression, a World War, and a devastating flood. Never have we shut down for nearly an entire season.”

Gallagher said, “We believe that the loss of income from live entertainment has a considerable effect on the region’s economy, not to mention the loss of the enormous contribution the performing arts give to the quality of life in NEPA.”

Music Box Dinner Playhouse is holding a 40th anniversary calendar fundraiser. Chances can be purchased to win prizes each day during December. Chances are $10 each. Participants can win every day. There is a chance to win $1,000 on Christmas Day and $500 on New Year’s Eve, and prizes worth between $50 and $400 every other day in December. For a full list of prizes and to purchase tickets online, go to musicbox.org or call 570-283-2195 for information. Winners will be contacted by phone. Proceeds will support the Music Box Dinner Playhouse until it can safely reopen in Spring 2021.