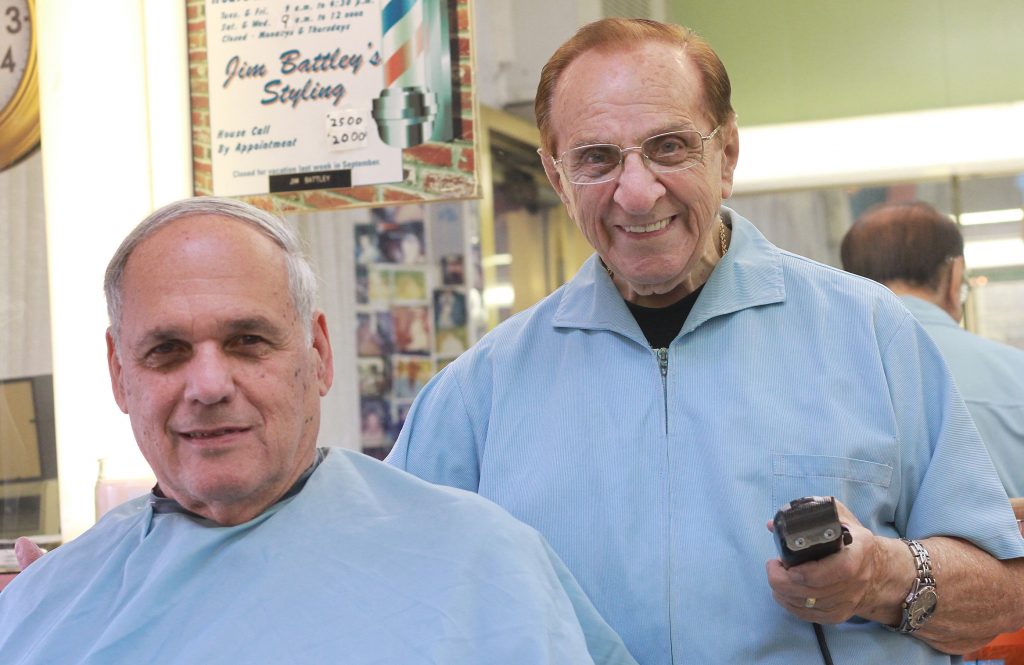 When James Battley Jr. began cutting hair, he was so young that he had to step onto a soda crate to reach customers.

“I needed that box so I could put the cloth around their necks,” he said. “I was 12 years old when I got my permit and 13 when I got my license.”

He celebrates his 95th birthday this week — and he’ll spend the day working at Battley’s Barbershop, a place founded by his father, the late James Battley Sr., in 1922.

To know James Jr. is to know his sense of humor. Many customers say he’s known for his smiles and good-natured jokes.

When someone commented on a customer’s thick hair, James Jr. wasted no time with his response.

“It’s the haircut. Give me some credit here,” he joked.

James Jr.’s father and two of his uncles worked the shop during the early years. James Sr. taught the craft to his son.

When he started working, Battley remembered how men would chew tobacco and smoke cigarettes.

“The spittoon was over there,” he said, motioning to the middle of the shop. “When I was a kid, the guys would say, ‘Jim, turn me around!’ I would and they’d spit. Sometimes they would miss and my dad would tell me to clean it up. Can you imagine? That was 80 years ago.” 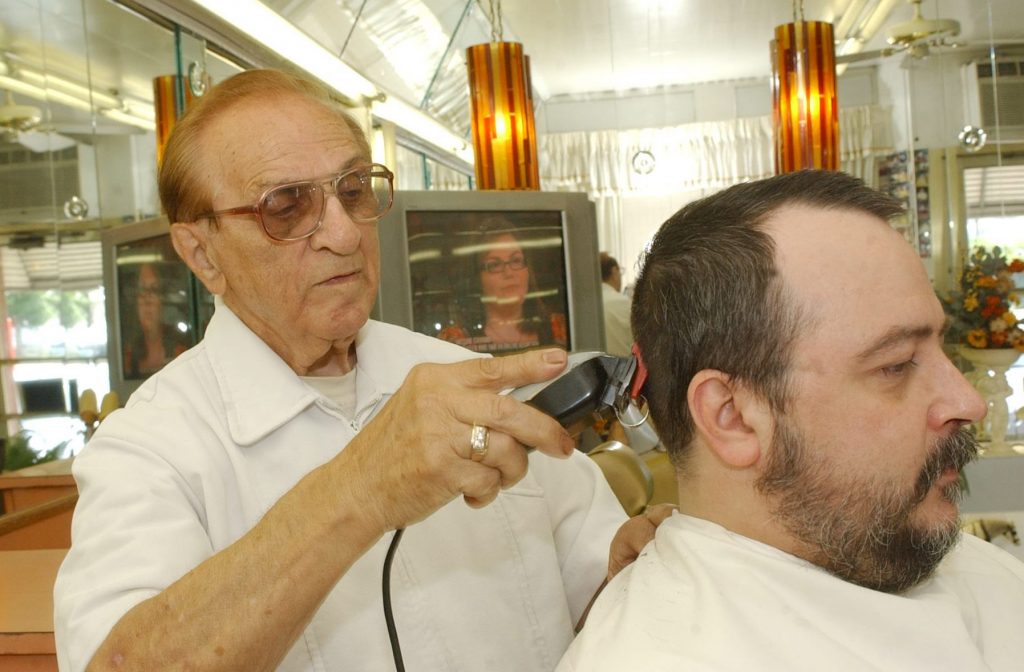 He purchased barbershop chairs with ashtrays in 1963.

“A lot of the guys used to smoke back then. Sometimes the smoke was so thick in here that you couldn’t even see the mirrors,” he recalled.

In 1950, James Sr., who was also a coal miner, was injured in a mine accident, limiting his effectiveness. James Jr. became the head barber that year.

He juggled the shop’s operation with working at the Duplan Silk Mill, playing saxophone in his orchestra and teaching music lessons. He’d work seven days a week.

On top of that, he makes house calls, often visiting hospitals and nursing homes.

He gives crew cuts, square backs and something he calls the Peter Gunn. It’s a style that calls for a side part and more length on top than a traditional cut.

All his cuts are done with an electric razor. He never used scissors.

“He’s an artist with the shears,” one customer said.

“He can do in about 10 minutes what would take another barber a half hour to do,” added longtime customer Jack Keiser.

James Jr. said part of the trick is using a metal comb that he’s had for about 60 years.

“They don’t make them like this anymore,” he said. “This one I fixed it with a rivet.”

Some of his longest-term customers are Charles Herbinko, who has been getting haircuts there for 60 years, and Mike Butcher, whose visited for the past 52.

Not only is he active in his shop, James Jr. takes care of his house and yard.

“He cuts the grass, he cuts his shrubs — even the neighbor’s shrubs,” Keiser said.

Asked what keeps him going?

“I don’t smoke. I don’t drink. I don’t run after women because I can’t get them,” he laughed.