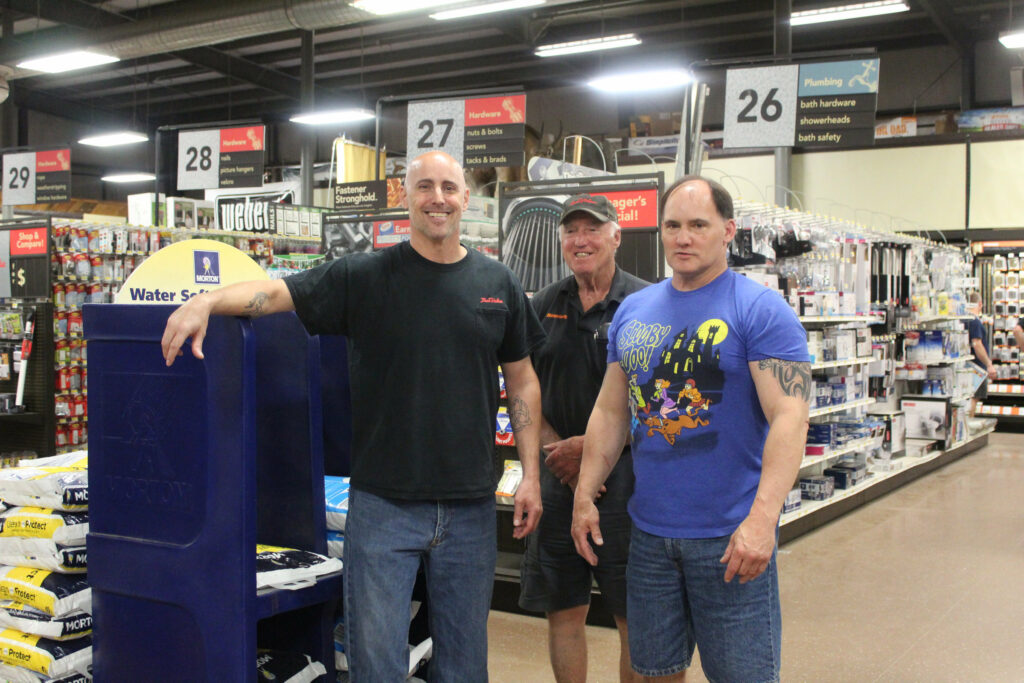 “He had a personality that couldn’t have been beat,” he said. “Everybody who met George Gay was a friend immediately.”

Many know the Gays as the proprietors of Gay-Murray’s, later Gay’s True Value Hardware in Tunkhannock, a family-business that has spanned more than 100 years.

Doug, who now runs the store alongside his sons Dan and Rick, reflected on the first job his own father gave him at the store.

“My first job was sifting out the rat manure out of grass seed. I even had to pay for the hardware cloth on my own. Why I came back in the next day is beyond me,” he laughed.

As a father, Doug aims to instill the values of hard work and giving back to the community into Dan, Rick and his third son Bryan, who lives in Las Vegas, just as Papa Gay did for him.

But his greatest joy is to see his children thrive.

Dan has been involved with the family business pretty much since birth. After spending around two decades in Arizona, he returned to Tunkhannock.

While it’s never been an assumption that children in the family would make a career at Gay’s True Value, the option was always there for them.

“After the flood happened in 2011, I just saw dad was just completely worn out,” Dan said. “I just felt that it was time for me to come back and help him with my brother to try to keep this thing going as long as we could.”

Dan describes his father as “unique in his own way” with numerous positive qualities that he strives to emulate.

As a son, it’s inspiring to see what his father and grandfather have done for the Tunkhannock community and Wyoming County as a whole.

This includes sponsoring local Little League baseball teams since before Dan was a player himself, starting the annual Founders’ Day celebration in town and doing fundraisers.

“You know how to treat people when you see how they act,” he said.

As a fourth generation member of the business, Dan recognizes the impact of passing the business through the family, and it’s interesting to see the way different generations adapt the business to the current world.

For Doug, the father-son dynamic is essential.

“If they weren’t there, we wouldn’t be here,” he said of his children.

“We enjoy working with people and our family has done that since 1913,” he added. “We enjoy people and that’s why we’ve kept the store going for all these years.”