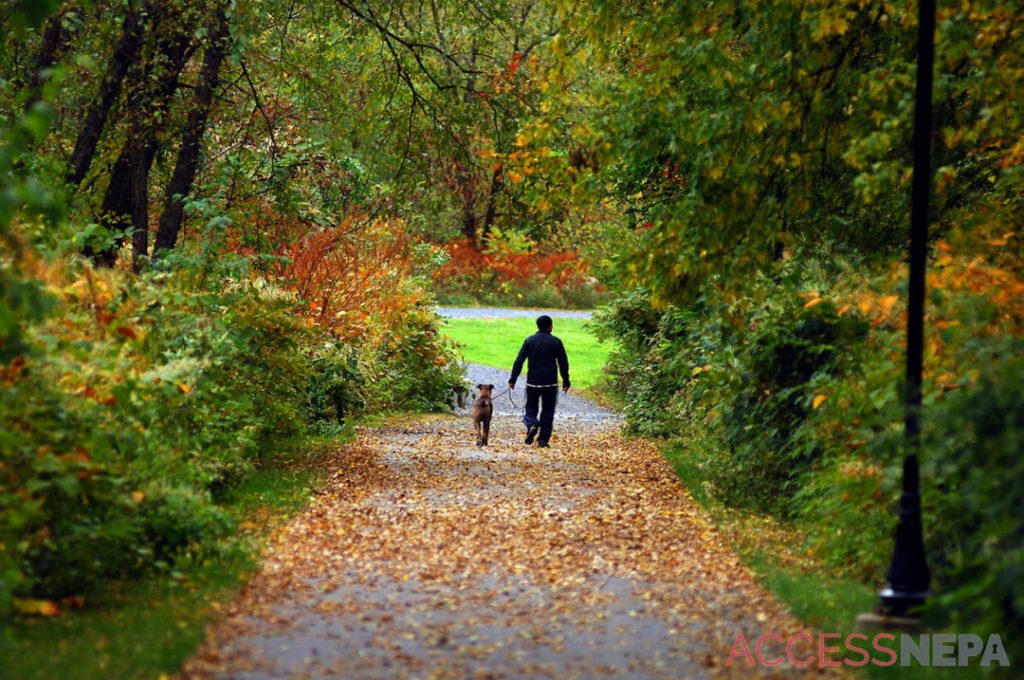 Faithful to embark on Upvalley pilgrimage this weekend

As the Rev. Jeff Walsh hiked down the Lackawanna River Heritage Trail near his Carbondale parish, it dawned on him.

“This would be a beautiful place to bring people,” the pastor of the St. Rose of Lima and Our Lady of Mount Carmel parishes said.

So, he worked with his parishes to establish the Carbondale/Simpson Camino. Every hour from 8 a.m. to 5 p.m. Saturday, groups will set out from the Greater Carbondale YMCA pavilion for an approximately 3-mile dawn-to-dusk Upvalley pilgrimage and church fundraiser. The Camino will take participants along the heritage trail as they honor the legacy of three nearby churches — St. Rose Church, Our Lady of Mount Carmel Church and St. Michael’s Church.

Stations along the way, manned by church officials, will provide both snacks and prayer, Walsh said.

“The idea is to really build the spirit of the parish communities and the fellowship that we share, enjoy the beauty of nature and get some good exercise in,” he said, calling it a “body, mind and spirit approach.”

St. Rose of Lima and Our Lady of Mount Carmel operate independently but are considered linked parishes, Walsh said. This is the first time the parishes will hold a joint fundraiser, he said.

The religious hike ties into a significant uptick in trail users during the pandemic. The heritage trail had 350,000 hits on trail counters between March and September, Worozbyt said. By comparison, a 2017 study on trail users showed a total of about 300,000 hits for the entire year, he said.

Walsh initially planned on just holding some type of walk on the trail but later decided to turn it into a “Camino” after drawing inspiration from the Camino de Santiago in Spain.

At the conclusion of the Spanish pilgrimage, participants receive a seashell in remembrance of their journey because of its proximity to the ocean, Walsh said.

In Carbondale, they’ll receive a piece of coal, reflecting the region’s mining heritage, he said.

“And, it’s not meant to be anything bad like on Christmas Day,” Walsh joked.

As of Wednesday, about 60 people had preregistered, but with same-day registrations Saturday, Walsh is optimistic about 75 will participate.

“We’re starting something new here,” he said, hoping to establish it as an annual tradition. “I can envision it being much bigger in the future.”