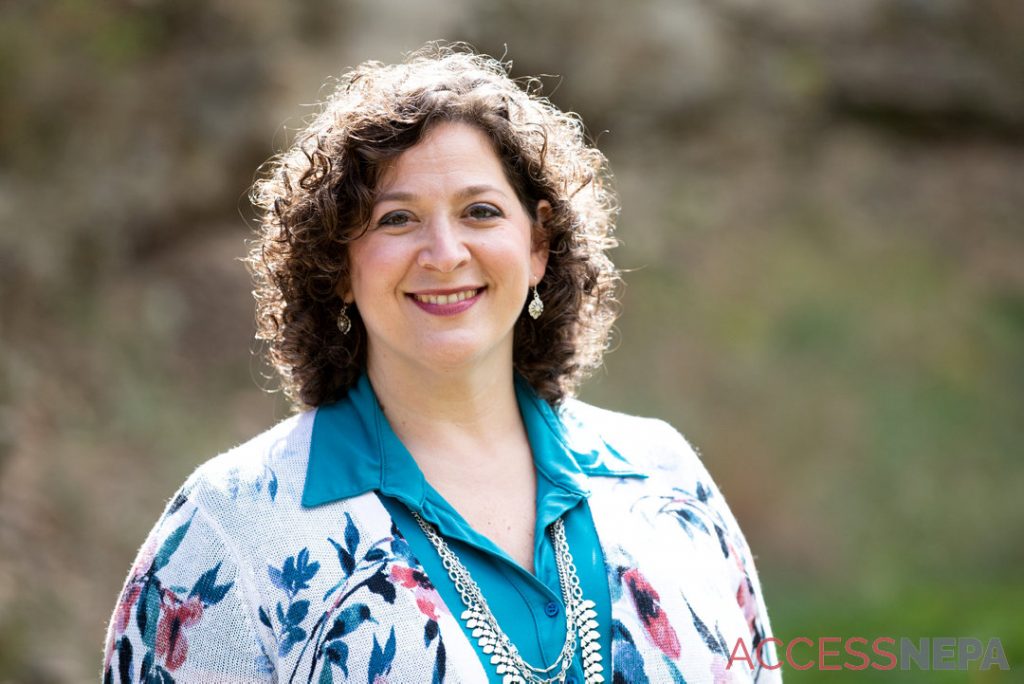 Natalie O’Hara has made it her mission to help find a cure for uterine cancer.

In the wake of losing her mother, Peggy Pettinato, to the disease in January 2015, O’Hara realized not many organizations related to that cancer existed, even though it is the ninth most prevalent type of cancer, according to the National Cancer Institute. It estimates more than 65,000 new cases of uterine cancer will appear this year with an estimated 12,590 women dying from the disease.

“Leading into Christmas of (2015), my father tasked me with finding an organization that was raising funds for uterine cancer research so that he could contribute as his Christmas gift to my mom,” recalled O’Hara, who grew up in the Scranton area and now lives in Dunmore.

“He was convinced that if more innovative treatments, such as immunotherapy treatments that seem to be prevalent now for lung and other forms of cancer, were available at the time to treat my mother’s cancer, perhaps her outcome would have been different.”

The following year, O’Hara — alongside her father, siblings and close friends — founded a nonprofit called Peggy’s Pathway for Women’s Cancer Care in honor of her mother. It aims to help raise awareness about uterine cancer and money to fight the disease.

While her mother had “been diligent with recommended screenings and routine medical care and (received) the standard of care for her diagnosis at the time,” O’Hara said, cancer claimed her life just eight months after her diagnosis.

“Certainly, if she had been diagnosed earlier through a preventative screening, rather than not until the cancer had progressed to stage four, the outcome likely would have been quite different,” O’Hara said. “So, (my father) wanted to donate to someone studying one of those (treatments) in the hopes that we could save another family from what ours went through in losing the heart of our family.”

O’Hara said her parents always told her and her siblings to work hard, and so, armed with determination, she did more research as a way of giving back to her late mom.

“We ended up commissioning our own research for innovative treatment of uterine cancer with a brilliant team of researchers led by Dr. James Duncan at Fox Chase Cancer Center,” O’Hara said.

“With the generous support of our family, friends and community, it was a huge success and a lot of fun,” O’Hara said. “We followed that in 2018 with another successful event.”

The nonprofit was not able to host an event in 2019, and thanks to the COVID-19 pandemic, it won’t have one this year, either. But O’Hara plans to have a fundraiser in 2021, and Peggy’s Pathway also will be featured in the Parade of Trees event at Grotto Pizza, Harveys Lake, around Christmas that benefits many local charities.

Outside the nonprofit, O’Hara stays busy in the local business community, co-owning D&O Enterprises. O’Hara’s grandfather opened his own construction company in 1932, which inspired her to get into the construction business, too. After graduating from Scranton Preparatory School, she went on to earn a bachelor’s degree in civil engineering from Lehigh University.

“I always loved going to work with my dad at the construction company when I was younger, and spent many teenage summers working in his office, learning the most basic tasks and progressing to more complex ones as the years went by,” O’Hara said. “When it came time for me to pick a field of study and career, it was a natural choice for me to pick the construction business.”

A longtime Greater Scranton Chamber of Commerce volunteer, O’Hara has served on its board of directors and as an ex-officio member of the board’s executive committee. Previously, she served as president of the MetroAction affiliate — the chamber’s “small business and community development arm,” she said — and is the current vice president. For many years, O’Hara was an incorporator and trustee of the chamber’s Lackawanna Industrial Fund Enterprises affiliate.

Beyond lending her business acumen to the community, O’Hara looks out for the next generation as a member of the Women in Philanthropy project of the Scranton Area Foundation, where she co-chairs the STEAM Advisory Circle.

“The Women in Philanthropy organization has initiatives in various fields to help transform the lives of women and girls in poverty because investing in women and girls fights poverty and stops it from spreading to the next generation,” O’Hara said.

Through WIP, O’Hara helps with small-business development, including reviewing loan applications and business plans and mentoring a borrower. She is primarily involved, however, in exposing girls in fifth through eighth grades to STEM careers and helping them work toward a career in those fields “because many STEM careers can provide family-sustaining jobs to help break the cycle of poverty,” she said. Her work in the STEM Advisory Circle has included creating educational opportunities, such as tours of higher-education facilities, in-school presentations and more.

And her generosity has always extended to her son’s various activities, including as a volunteer with Cub Scouts, serving as a “team mom” for his sporting activities, joining the PTA, and leading a variety of committees and fundraising initiatives.

“While I certainly enjoy the fellowship that comes with working with other members of a committee,” O’Hara said, “my favorite part of being on any of these committees, including for Peggy’s Pathway for Women’s Cancer Care, is helping to make a positive difference for someone, whether it is to just make sure they have a fun day, or to impact their life in a more meaningful way, such as helping them to start or expand their business, or to open their eyes to interesting, fulfilling and family-sustaining careers that they wouldn’t have otherwise known about, or helping women and their families have success in their fight against cancer.”