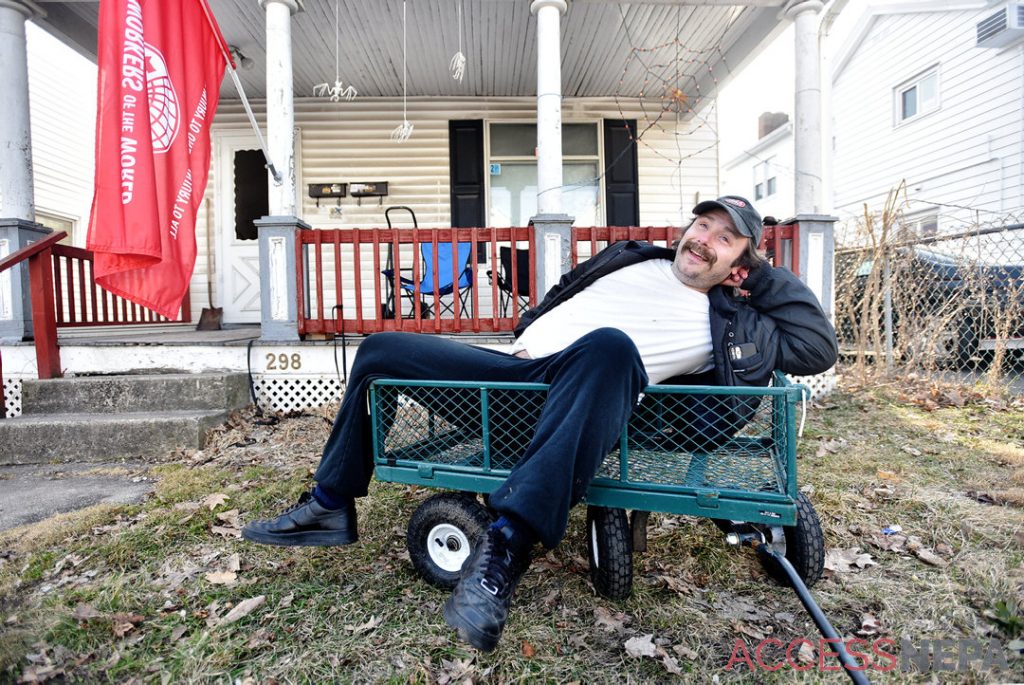 LUZERNE — Murf Meyer describes himself as a former heroin addict and current alcoholic.

For him, that’s a “harm reduction” method to dealing with addiction rather than complete abstinence.

He knows it’s a controversial approach and not for everyone.

“That gets people saying: What the hell does that even mean?” Meyer said. “What harm reduction is is not a radical concept.”

Those who would like to hear more about Meyer’s approach can listen to Meyer’s new podcast, “Self Medicated with Murf Meyer.”

Meyer, 39, a Luzerne County native, is a longtime comedian who worked in Philadelphia and New York City for most of the last 15 years before returning home due to the lack of work from the COVID-19 pandemic.

A longtime podcaster, he set up a home studio in his residence in Luzerne and decided to launch a new podcast focused on his experiences as a drug user and his methods of coping.

“Comedians have historically been open about their substance abuse,” said Meyer, a 2000 graduate of Bishop O’Reilly High School.

Meyer’s podcast debuted on Wednesday. He plans to post segments on Wednesdays and Fridays.

“I welcome anyone who wants to talk about it. I welcome the conversations. We got to start having them,” Meyer said.

Meyer is an advocate for decriminalization of drugs.

“A lot of the harmful things with drugs is they are illegal. It’s a waste. Even if you don’t have a soul, do you still want your money (thrown) away?” Meyer said.

Meyer said he’s long advocated for changes in the country’s drug policies dating back to a run in when he was 17 and flunked a marijuana test while on probation for an underage drinking case. He said he appeared before now-disgraced ex-Judge Mark Ciavarella, though before the kids-for-cash years.

The Pennsylvania Harm Reduction Coalition says the concept is that “everyone deserves professional evidence-based care that is sensitive to the needs of the individual and the reality of the current drug supply.”

“It’s about meeting people where they are at and showing them there is light at the end of the tunnel,” Meyer said.

Listen to Meyer’s podcast and find out more at selfmedicatedpod.com.