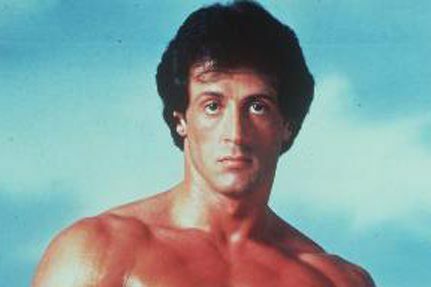 Maybe you’ve seen or heard that some of the other Times-Shamrock newspapers have had their writers and editors make lists of the top 10 sports films of all-time. Huh, that’s interesting. My invitation to get in on that must’ve gotten held up in the mail. How did I miss out on this? Having a Times-Shamrock movie list item without yours truly is like having a Star Trek convention without Shatner! A pasta contest without Italy! A pandemic list without Big Rona!

Whatever. I’m totally not offended by my omission or anything. But the readers of the Standard-Speaker still deserve a list of the top 10 sports films. That’s why, right here in the column, I’m going to reveal my list and show those Scranton/Wilkes-Barre folks what they missed out on! Here goes …

“We Are Marshall” is filled with grief and guilt. Perfect elements for a sports movie, right? Behind the depressing exterior, though, is a long thread of redemption arcs that ties things into a well-crafted true story. For many of the film’s characters, having a football team at Marshall after a tragic plane crash is seen as an insensitive gesture. But the lesson here, and perhaps for our times as well, is that there’s nothing quite like the healing power of sports.

Think your family life is weird? Look to Micky Ward’s trailer trash family in “The Fighter” to bring a whole new meaning to dysfunctional. An Oscar darling back in 2010, “The Fighter” is a gritty tale that adds in a little bit of humor. Such is the usual David O. Russell style of writing and directing. Still, there’s a beating heart to this one as well, acknowledging that the family ties that drive us crazy also have a habit of keeping us focused.

A great, rewatchable flick that you’re bound to catch on FX sometime, “Coach Carter” is another true story that is absolutely steady. Though a social commentary on the importance of maintaining a sports-life balance, the charm of “Coach Carter” is that it never delves into preachy territory with what it wants to say. In many sports movies (see: “Remember the Titans,” even though it’s still pretty good), the morals are so heavy handed that the film plays out more like a PSA than a solid narrative. “Coach Carter,” better than most, knows when to inject a moral and when to just let the boys play basketball.

“Brian’s Song” is a story about friendship that happens to be about two football players. In the sports world, the line between friendship and teamwork is blurred. The mindset of a football player like Gale Sayers is that teamwork doesn’t end when you walk off the field. It extends to a hospital bedroom, where the titular character struggles to hold onto life. It’s a gut wrenching story that is the best example of how a sports background can be helpful in the most strenuous real world situations.

Some people just can’t be taken out of their element. Boxer Maggie Fitzgerald is one of those people. In the training scenes early on in the film, she refuses to take no for an answer when it comes to receiving help. This determined spirit carries over to her fighting style: aggressive and tireless. Maggie is physically compromised towards the end of the film, leading up to one of the most thought-provoking decisions made in any movie. Where “Million Dollar Baby” starts and where it ends is a tragic contrast.

“Moneyball” isn’t just the name of a movie; it’s a revolution in sports management that very much has its roots in the early-2000s Oakland Athletics scouting department. With a who’s who of talent behind and in front of the camera, “Moneyball” brings coherence to analytical concepts that are far from coherent to the average person. When you can take a very static concept and pump this much intrigue into it, you know you’re dealing with something special.

There’s nothing like a small-town drama with a couple of hot-headed drunks. “Hoosiers” is the ultimate Indiana movie, the ultimate basketball movie and one of the greatest sports movies ever made. Just about every post-“Hoosiers” underdog story took a bite off of this gem from 1986, which features a pair of all-time performances from Gene Hackman and Dennis Hopper. It isn’t a trope if you started it, and “Hoosiers” laid the groundwork for every movie of its kind.

Pool is a sport. I can’t say enough about Paul Newman and George C. Scott, two of my favorites, in “The Hustler.” Newman and Scott are in a constant battle for leverage and momentum, a nice little microcosm of how to be most effective in pocket billiards. The big difference between the characters, while both intensely passionate, is that Scott never picks up a cue. He’s a behind-the-scenes predator with a big mouth. Newman loves the game and flaunts his talent. Putting these two personalities in the same room makes for some legendary fireworks.

Is there a more poetic release year than “Rocky” coming out in 1976, the bicentennial year of the United States? Sylvester Stallone hits a clear career high mark as the most iconic Philadelphian this side of Ben Franklin (who, by the way, was actually born in Boston). “Rocky” is a movie about surviving against bad odds, the cruel world at large and the temptation to give up. Sounds a lot like the American Revolution to me. It’s also some awesome low-maintenance filmmaking that has a rather dreary feel and allows the hype of the ending seem even more elating.

A film that has inspired a never-ending list of filmmakers to pick up a camera, “Raging Bull” is a bonafide moment in the history of movies. As a sports film, it features some of the most gripping boxing scenes ever put to celluloid. As a character study, it is unmatched in its cutting portrayal of a self-destructing, insecure man with too much fame. As a combination of the two, it is the very best the genre has to offer.