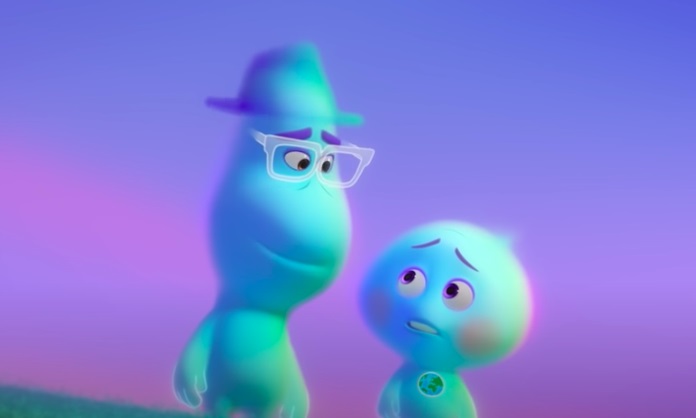 ‘Soul’ has opened my eyes to a new concept

“Soul” is the new movie from Pixar, the studio I’ve previously praised as being one of the most innovative and creative studios in the film business. Though there were a few lean years for Pixar, I think even their worst work is decent. Except the “Cars” movies. I don’t like those.

But “Soul” need not worry how I feel about the bottom of the Pixar barrel, because it happens to be one the studio’s best. Directed by Pete Docter, a real visionary of the cinematic landscape, and co-directed by Kemp Powers, a new addition to the Pixar team who’s contributions most definitely shine through, “Soul” is full of imagination. It also offered a glimpse into a world and a philosophical notion that I had never seriously considered.

Rarely does a movie actually introduce a brand-new concept into my line of thought. Most movies either reinforce a previously understood concept or put a name to something that was already rattling in my brain. “Soul,” however broke new ground in my genius mind, taking me and all others who watched into the plane of preexistence.

Preexistence, or whatever we are before our birth, was a completely new thing for me. The closest I feel I’ve ever come to this was debating abortion rights and the phrase about the apple and the eye. Neither of those instances really touch on true preexistence, however, and much less conjure up images of what such a pre-life state would visually look like. “Soul” puts these pieces in place, and I feel somewhat fulfilled now with this new idea being planted for me.

As humans, I think we’re so focused on what happens after death that we ignore what happened before our birth. I’m far from religious, but I’m a spiritual person who tends to believe in souls and the metaphysical things that make us more than flesh. This belief system makes it all the more curious that the concept of preexistence has been largely absent from my worldview.

For that matter, “Soul” seems very concerned with fate and who each person is destined to be, or at least it wants to offer some explanation for each person’s behavior, not unlike Docter’s previous film, “Inside Out.” Even with an in-movie system of behavioral determination before birth, the film also acknowledged that much of that process is random, and slightly unfair. Some are made aloof, and there’s nothing the baby souls can do to deny that trait. That, in a nutshell, is what I think makes the character 22 so interesting. She is somehow able to ignore and defy her fated path for thousands of years by forming something of a preexistent free will.

Furthermore, it’s implied that 22 won’t be born with any knowledge of her rebellious preexistence. That’s both a little bit tragic and also kind of freeing. On one hand, she’s had an extraordinary, centuries long journey that will now be forgotten and left up to society to cultivate. Knowing how the world works, it probably won’t, because society is garbage. On the other hand, the message of the film largely denies that a perfectly fair and functional society is necessary for happiness and beauty to bloom. No matter what, 22’s strong character, will and skepticism make her a prime candidate to be a person worth watching out for on Earth. Society’s crushing weight can crush many souls, but “Soul” makes the case that these external pressures can be fought with a strong sense of self.

“Soul” is a pretty heavy film that plays with concepts that were previously beyond my reach. It’s possible that I’m a buffoon and everyone else is way ahead of me on the concept of preexistence, in which case I apologize for wasting your time with these insignificant nothings. On the other hand, I may not be a buffoon and most people were also at least somewhat enlightened and/or intrigued by what “Soul” was putting down. I’m excited that a bunch of kids woke up on Christmas morning, opened their presents, put on Disney+ and got a philosophy lesson beyond much of what they’ll ever gather from a classroom.