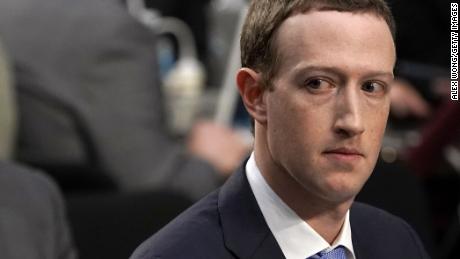 Social media is no place for a creative, or anyone else

I’m swiftly coming on to the idea that the world would be better if social media never came to prominence. I’m pretty sure that it has made bad things worse and is not a place that anyone new should consciously want to dive into.

Back when I was in middle school, everyone who was everyone was on Facebook. It was a rite of passage to convince your parents that you were ready to be on a social media platform. And, of course, there were kids who would log on without permission, too. But I’m starting to realize that parental hesitation in this case was probably the right way to go.

I’ve traversed about half of my life being involved in at least one social media platform, so my firsthand experience with this is valid. For once, older people have not designed the narrative. My generation, that odd middle section between millennial and Generation Z, is the generation who grew up and built these websites into the powerhouses they are. I hardly remember the time before Facebook. I have to stretch my memory in order to remember yesterday, so you can imagine how much of a challenge it is for me to go back 15 years.

Since 2016, social media has become uniquely terrible, thanks in no small part to the especially divisive political climate we live in. There were always those few people who would lose their mind about politics on Facebook back in the day, but it has become a far larger topic on there in the past few years. People are very quick to show their entire political hand through what they post and share.

On that, the dynamic duo of Donald Trump and Fox News have probably contributed more than anything to social media’s devolution into garbage. They spread a special brand of fake news around, creating a whirlwind of nonsense. It only takes one crazy relative to share something, and the next thing you know Thanksgiving is ruined because Uncle Bill and Aunt Karen believe everything they see on the internet and can’t help but bring it up at the table.

But even before 2016, social media was always a popular landing spot for bullying and shaming. Social media put everyone in view of the public eye, and criticism almost always comes along with that. Now, the bully had the added advantage of being able to hide behind a keyboard. You can have a new persona when you’re on Facebook or Twitter. It gave everyone, from the scrawniest to the brawniest, an equal shot at being a terrible person. The opportunity was taken.

Just about the worst thing someone can do with their social media power is send a death threat to someone else. The most recent, high-profile example of this was when voice actress Laura Bailey faced death threats from “fans” of “The Last of Us II,” a video game. Some of the people who have sent these death threats decided to threaten Laura’s family as well.

I’ve met Laura Bailey’s husband, Travis Willingham, before and he is a great guy. Laura and Travis have a 2-year-old child. These people were threatened because a character in a game played by Laura Bailey did a bad thing. Perhaps my own small connection to the people involved has swayed my passion, but this particular death threat fiesta got me more fired up than usual.

Therein lies a problem. Have I really become desensitized to people threatening to hurt others? When is that okay? It happens so often on social media, that perhaps I’ve just become immune to the full seriousness of these threats. But, if it were to happen to me in the future, what would I do? Would I still be immune? Some may say that you just need thicker skin in order to deal with this kind of criticism. But how thick does your skin need to be in order to just brush off someone threatening to harm your child? To be impartial in that situation isn’t to show your skin is thick; it’s to say you’re just another monster.

Oddly, there are also tons of people on social media who have incredibly thin skin, too. This comes out in what’s called “cancel culture.” I’ve mentioned this concept in the column before. Many folks who want certain celebrities or pieces of art removed from public consciousness ignore context, as with Mary Poppins with soot on her face or the Golden Girl with mud masks. It has become clear to me that any sort of nuance or thought is missed when judging these specific art pieces, but I digress. I feel like a broken record on some of these issues. Every week I talk about context, nuance and the middle ground. You won’t find any of those in the battles of Twitter. It’s hard to be nuanced in just a few hundred characters.

If people on social media weren’t so self-serious about their canceling habits, I think it would be a more digestible concept. The Twitter crew will pat themselves on the back after they successfully drag a piece of comedy from 1989 as if the majority of people will stop watching a certain show. Your grandma that watches “The Golden Girls” every afternoon doesn’t care about your cutting Twitter thread from last night that got 1K likes and was retweeted by a blue check mark. It’s a meaningless effort to try and stop art. Art wins.

Even people who have rightfully been taken away by the justice system still have their work out there to be enjoyed. Just because you enjoy “Pulp Fiction” doesn’t mean you love predatory producer Harvey Weinstein. As I implied earlier, the art and the artist can be judged separately. If you are so offended by something that is already out there, make something better. Focus your energy into a more truthful story with your own voice rather than complaining about where someone else’s voice gets it wrong. You love typing, so hop to it.

The internet is extraordinary and has given so many an outlet to improve their craft and harness their creativity. YouTube and Instagram and Pinterest have an incredible amount of talented people using them for video and photography. Reddit is sometimes a fantastic discussion platform. I don’t doubt that some real good has come from social media. I’ve seen it. However, the negatives may be too profound to justify using a few of the most popular platforms.