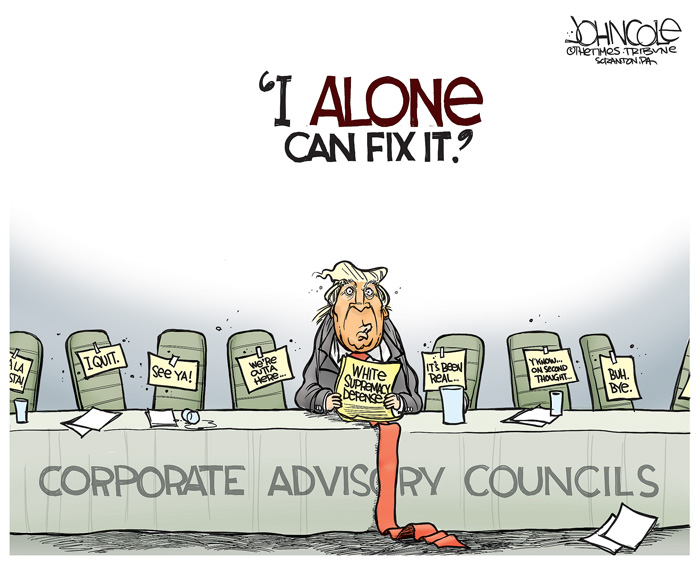 Regardless of the nation’s state, film is an essential

“Sports are like the reward of a functioning society,” said Washington Nationals pitcher Sean Doolittle. I think he’s right on the money. The implication in that declaration is that society is not currently functioning properly. Granted, he said this a few weeks ago, but things are not demonstrably better now than they were at the time of Doolittle’s quote being spoken.

I think American society is more dysfunctional now than it ever has been in my lifetime. Perhaps some of this is the result of me being more educated, more thoughtful and more aware than I ever have before, but consider the state of our nation. The coronavirus persists, the statement “black lives matter” is somehow a controversial, partisan utterance and, most immediately disturbing to me, the current president is gleefully prepared to undermine our democracy and cast aside the most critical American precedent of passing your power along. Isn’t it interesting that the same group who cry over George Washington statues being defaced are the first to forget the man’s actual legacy? Call me crazy (half of you probably are), but this insanity wasn’t so pronounced or in collaboration back in, say, the mid-2000s. Massive world events seemed to at least have the courtesy to space themselves out by a few months. Now, we’re being pummeled. We are doing a uniquely awful job at being a coherent society at this particular moment.

So where do the movies come into the picture? Unlike sports, film needs to go on for as long as it can. I love sports and want to see them be played, but I would argue that watching sports is a far less intellectually stimulating experience than watching a good film, unless you’re a scout, player or coach. Films are ideas brought to light with light. A society without film and art is a society lacking ideas.

Films are more than escapism. Film done right is an expression of the people’s collective feeling. Times of unrest, I would argue, are the best time to use films as supplemental guides to reality. I wrote a few months ago that I choose certain movies to watch at specific times in order to better understand particular issues when they become relevant to society. I would encourage all of you to follow that pattern. If protests in the street are failing to get the point across, consider an artist’s perspective on social justice protesting. Go watch “Selma” or “BlackKklansman.” They’re provocative, honest and fair depictions of the unfairness and unrest we still feel today, and you can watch them while munching on popcorn in your living room.

But be warned: You need to be careful about what you watch. Being careless in your viewing habits is an error. In unsettled societies, there are traps set for you in films. Notably, Nazi propaganda films were popular in World War II-era Germany, and it fanned the flames of antisemitism even farther in that pocket of the world. We thankfully don’t have anything to that level in the United States yet, but there are some films more worth watching than others at this time. For example, “Get Out” would be a more helpful and timely viewing experience than “Green Book.” One of those movies gives you the illusion that racism is over, and the other is “Get Out.” It’s not that “Green Book” is really bad, but it is more entertaining than it is an intelligent social commentary.

Movies are not supposed to be history lessons, but they are valuable interpretations of histories and philosophies. What you watch, and how often you watch, can inform how you interpret the world. Now is the time to leave that comfort zone and gain as much perspective as you can. Over the next few weeks, I’ll finally be diving back into some new releases, namely “Tenet” and “I’m Thinking of Ending Things.” While it won’t be my sole focus, I’ll most definitely be looking to see if there is a learning moment to be gathered in either of them. Perhaps, unexpectedly, they can shine an unfound light on the challenges we’re facing.