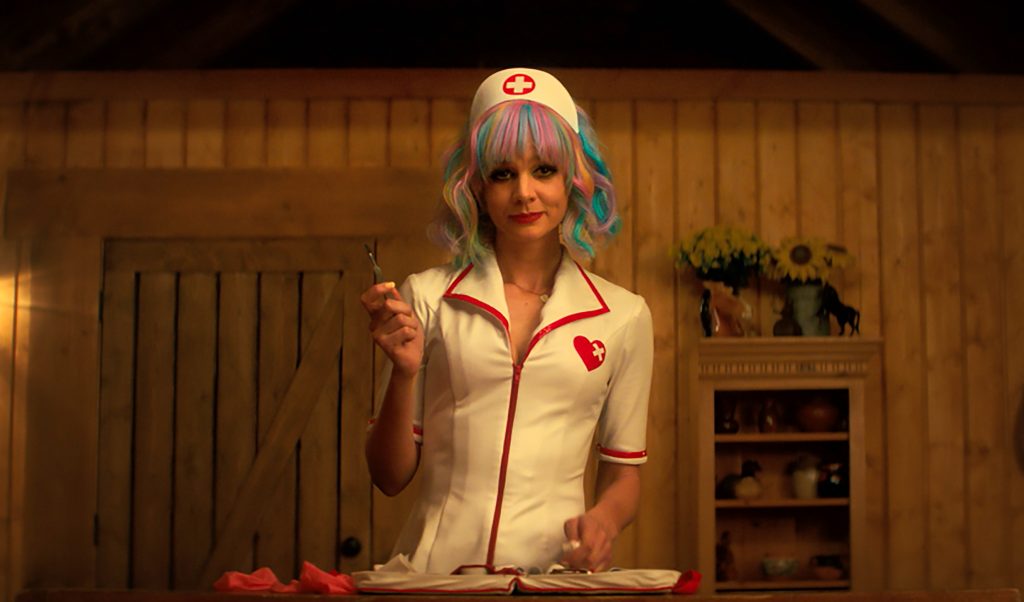 I enjoyed Emerald Fennell’s “Promising Young Woman” very much. It is totally unforgiving, especially in the final few moments, and demands much thought and reflection. One aspect of the film that I appreciated is the complete body slam of toxic masculinity.

But first, let’s lay out the ground rules. Masculinity is not a bad thing. If you’re a normal guy out there who gets excited about football and can grow a full beard in a week, no sweat. Being a man and liking traditionally masculine things is not inherently a bad thing. Breathe out.

A toxic brand of masculinity is not okay, however. When the fact that you’re a man or that you like only masculine things becomes the only defining quality of your character, you probably are not doing much good to yourself or the people around you. As a person, you should be able to tap into both your feminine and masculine sides. I’ve found that tapping into the different parts of myself have made me empathetic, and not just when it comes to femininity and masculinity. Having the widest array of interests and concepts you are comfortable with is the backbone of much empathy.

“Promising Young Woman,” among many other things, takes aim at the very toxic masculinity that many clean seeming people have within them. In other words, just because someone wears a suit at their job doesn’t mean they won’t rape someone. In fact, I feel like the status chasing professional world actually contributes quite a lot to toxic masculinity. Anyway, the film seems concerned with blurring the line between obviously awful men and the wolves in sheep’s clothing.

Carey Mulligan’s character, Cassandra, preys on these wolves in hiding and teaches them a lesson about how their external cleanliness doesn’t give them a pass for doing awful things. I mean, you can’t just build up enough good will and then turn around and think you’re owed a murder or something. And actually, I think there’s something to be said for how the film very directly calls out the façade many men create for themselves as protection. Many can never let their guard down and show some softness. Not only that, but it also makes the case that many “successful” guys out there are just sniveling little babies with mommy issues. Did I get that right?

This has been a very scatter-brained way of sharing my thoughts on the film, but much like “Parasite” and other films, “Promising Young Woman” starts to go so far off the rails towards the end that getting to the film’s very best parts in a column may sell the actual experience of watching it short.

Regardless, there is some very sharp commentary on how pathetic some men are out there, Much of this comes down to insecurity in your own skin and with the never-ending competitive nature of daily life. How much are you making? How many women have you slept with? These weird, invasive questions are only asked by the most insecure little men there are, and should not be answered or taken seriously. Not only do the answers not matter, but the very nature of the questions themselves will leave at least one person in the conversation upset.

The opening scene of “Promising Young Woman” is essentially an interrogation scene with three suit and tie weirdos debating who’s going to rape a drunk girl. Eerily believable. At the heart of the scene is an assumption that someone has to do it, an extremely disturbing exercise. In the end, the most “redeemable” of the three men is shamed into acting, giving into his grossest impulses. And by redeemable, he’s basically the worst kind of person, followed closely by the two freaks who encouraged him and let it happen.