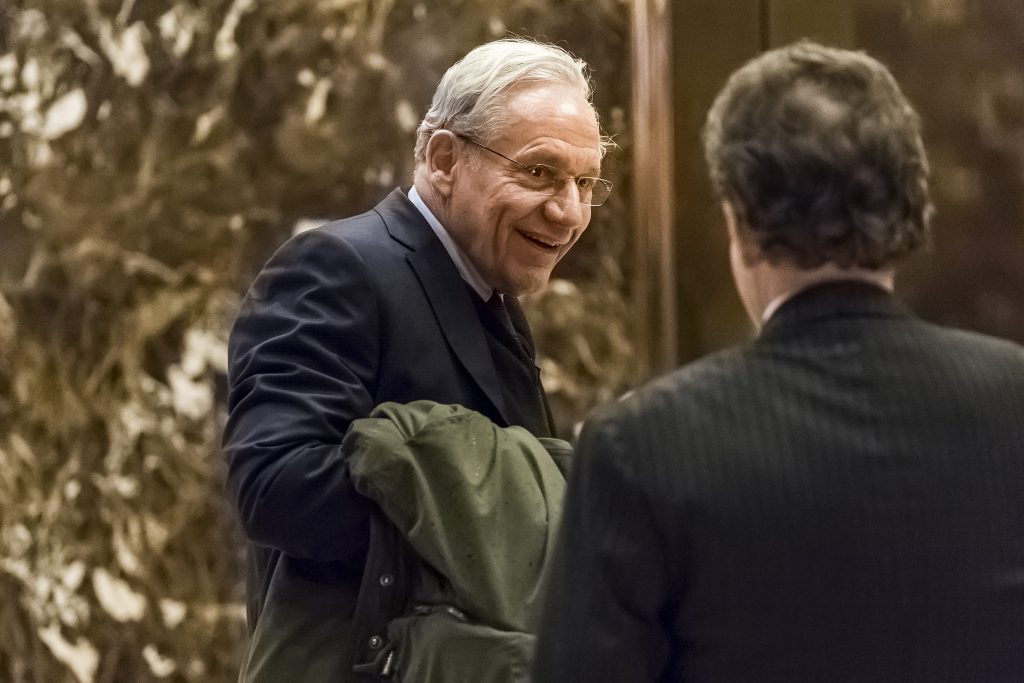 Movie Bob Woodward is more respected than the actual guy

I’ve been thinking a lot lately about “All the President’s Men.” To catch you up, the film is about the Washington Post’s uncovering of the Watergate scandal. The two leads are Dustin Hoffman as reporter Carl Bernstein and Robert Redford as … Bob Woodward.

Woodward has become an interestingly divisive figure over the past few weeks. He has, in the past, faced some criticism for using anonymous sources in stories (which, for the record, isn’t so uncommon when dealing with some of the subject matter he has in the past), but he is generally considered to be a fair and balanced reporter. Undoubtedly, some of this reputation was aided by the portrayal Redford gave him in “All the President’s Men.”

In fact, Woodward and Bernstein were collectively named amongst the greatest heroes in film history by the American Film Institute. So what went wrong with Bob? How did he go from American hero portrayed on the silver screen to an anti-America swamp rat with a typewriter and a vendetta against Donald Trump? The quick answer is that Bob didn’t change; we did.

Back in 1976, “All the President’s Men” was groundbreaking because it was about Watergate at a time when everyone knew what Watergate was. From what I’ve observed from the time and from people who were alive in the mid-1970s, there wasn’t a whole lot of love for Richard Nixon after the details of Watergate came to light. No one felt super bad for him when he resigned. Watergate was and is still usually considered to have been a pretty massive breach of public trust. Bob Woodward helped expose Nixon and, in the process, showed the kind of journalistic integrity that signaled to people that the media could be trusted. And with a film that went behind-the-scenes on how the media helped piece the scandal together, it was a time when journalist was seen as an honorable position.

But times have changed. Recently, Woodward released recordings of an interview he did with Donald Trump from earlier this year in which the president admitted to knowing that COVID-19 was worse than the flu and that he was actively downplaying the seriousness of the situation. A common question from the Watergate era was “What did the president know and when did he know it?” Answer: The virus was going to be really bad and he knew it all the way back in February.

And so, Bob Woodward was praised again for exposing a president in a lie and was respected for his efforts to uncover the truth, right? Good one. You see, we don’t live in the “All the President’s Men” society anymore, where the media was seen as relatively trustworthy and respectable. In the age of Donald Trump, Woodward was dismissed by half the country as being a crook (reference very much intended) out to get Donald Trump. I’ve even seen retroactive takes that have framed Woodward as being wrong during the Watergate investigation and that Nixon did nothing wrong.

The media isn’t always great. It’s for-profit where and when it probably shouldn’t be. Almost every outlet has a tilt on the political spectrum. But how have so many been brainwashed into thinking that Nixon was innocent during Watergate as a way to discredit the media? Or that Woodward himself is somehow untrustworthy? A new low has been achieved if we’re so anti-media that we need to justify treason in order to keep our supreme leader happy. In our current timeline, the one in which the free press is often seen as “the enemy of the people” or “fake news,” it’s no wonder people find Woodward to be off-base. The only thing he did wrong was not release the Trump recordings sooner.

If you haven’t seen “All the President’s Men,” maybe check it out as soon as you can, especially if you aren’t familiar with Bob Woodward’s career. If there’s any media member who might know a little something about when a president is doing something wrong, Woodward is that person.