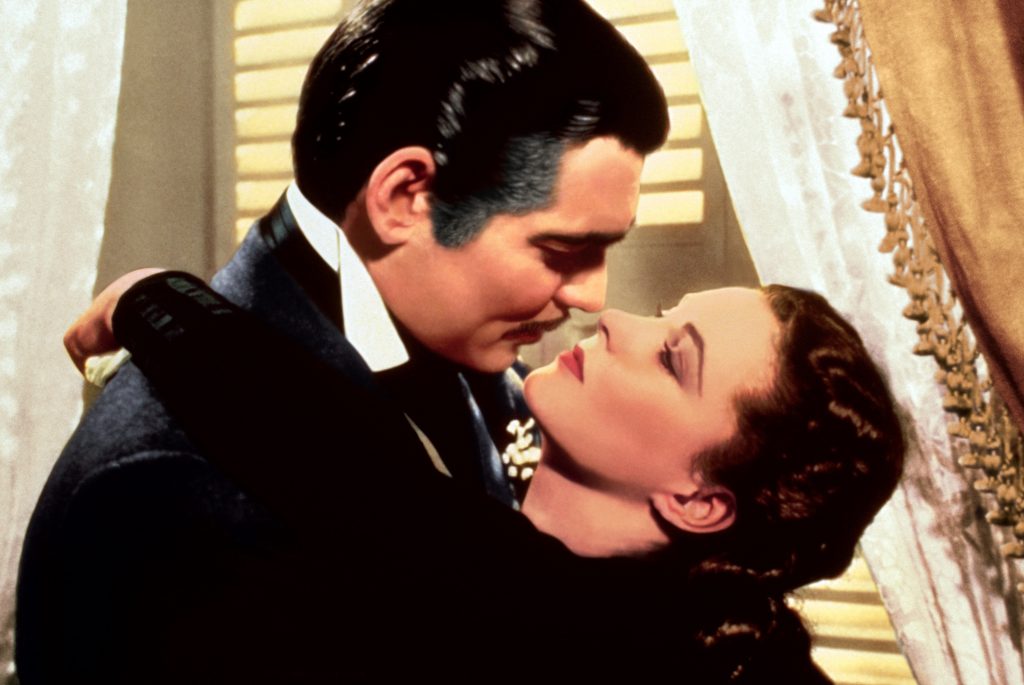 ‘Gone with the Wind’ is an intriguing relic of the past

Here’s what we know: People are very sensitive right now in the realm of race relations, and for good reason. We know that “Gone with the Wind” is a movie that has Confederate protagonists. This clash of social frustration and artistic relevance is a complicated matter, especially because we’re dealing with perhaps the most iconic film ever made.

One thing that needs to be clear for contextual purposes is that the Civil War was fought over slavery. But what about states’ rights? Malarkey. A states’ right to what? To an oppressive economic system that forced people into involuntary service? Does that ring a bell to you? That’s called slavery, and that’s why there was a Civil War. It was to preserve a sick way of life. This isn’t tough.

So, knowing that this was the historical case, I had an odd first viewing of “Gone with the Wind” this week. When Atlanta was burning and the Confederacy was losing ground, I was pumped. Getting sad about Atlanta burning in “Gone with the Wind” is like getting cranky when Luke Skywalker blows up the Death Star.

Scarlett and Rhett are the bad guys in this story. Scarlett is a whiny little brat whose main quarrel is wanting more, even though she’s always had everything. Rhett is charming and has some soul, but he also rapes his wife in a drunken rage and helps out the bad guys. Ashley Wilkes is a Klansman who is totally cool with the whole slavery thing and gladly makes out with his relatives. Melanie is the only decent-ish one of the four main characters, but she enables a lot of this bad behavior. That may be the biggest sin of all.

Then, of course, there is the slavery issue and the way slaves are portrayed in the film. Most films that portray slavery from the owners’ perspective are generally pretty backward. You need to know this going into the movie. If you want a more powerful story from a slave perspective, you’re going to have to watch “Roots” or “12 Years a Slave.” A 1939 movie based on a 1936 novel is not going to be very insightful on the subject. Sad, but true.

So when a movie is pretty rotten in terms of characterization and themes, what value does it have? In the case of “Gone with the Wind,” I think it can actually be a very valuable learning tool.

First of all, every piece of challenging material ever created can not just be “canceled” or taken away. I understand HBO Max will be bringing the film back at some point, but there are most definitely people out there who think it should be erased. If all art with a bit of controversy surrounding it were to be banished, you’d be left with pretty much nothing. Just about every movie gets a rise out of someone, so the line would constantly be moving. In other words, if you find yourself offended by many of the movies you see, it’s a you problem. For lack of a more nuanced argument, toughen up or don’t watch.

The education system has a role to play if we want the pointless string of battles over “Gone with the Wind” to end in favor of more interesting conversations. From the elementary level, discussion-based learning needs to be emphasized so that potential parental indoctrination can be reversed in the most understanding, open way. This includes discussions about racism taking place before a child turns 10 years old. This is something the school system can accomplish. I’m not saying first graders should be having detailed debates over the economic implications of the slave trade from 1619 to 1690, but getting some of the basics of racism being a bad thing down from a young age is appropriate. Young students talking about race while sitting in a circle isn’t going to corrupt them; it will make them more aware of the wider world.

If students are prepared to think critically about racism from a young age, introducing them to a film in middle or high school like “Gone with the Wind” would be more responsible. By that time, perhaps they’ve already considered the idiocy behind the Lost Cause myth (aka, thinking the Civil War was fought over something that was not connected to slavery). Critical thinkers can take a hard look at “Gone with the Wind” and can explain how they feel about the way it portrays certain people. Mushy brains either blindly take is as the factual truth, as if Scarlett O’Hara really existed, or they want to strip away any chance for people to make their own determinations. Critical thought can be molded from a young age, but, unfortunately, so can a mushy brain. The education system has a duty to foster the former.

“Gone with the Wind” and its legacy comes with many questions, but very few easy answers. When censorship is an option, that’s terrifying. When the film is treated like the gospel truth, that is also terrifying. I believe there is an essential middle ground to strike when it comes to “Gone with the Wind.” Swaying hard one way or the other is a dangerous game to play.