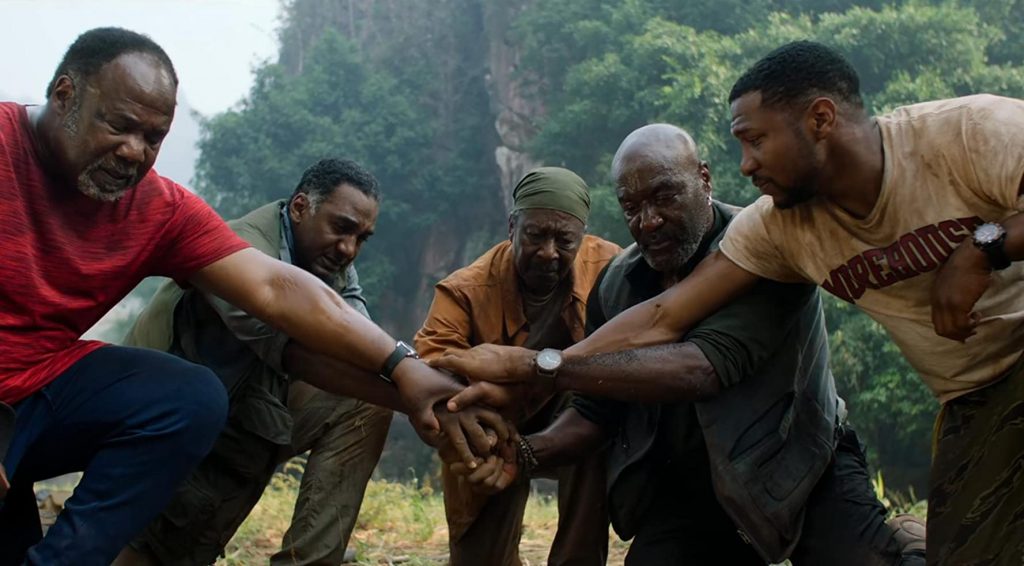 ‘Da 5 Bloods’ has my respect, but not my heart

Saying something is the “best” is different from saying it is my “favorite.” Something being of generally agreed upon technical quality and being impressive in the time of it being released constitutes a “best” argument. A “favorite” is something that feels right and requires less of a thought process.

“The Room” is one of my favorite movies because it is hilarious and I could talk about it forever, but this comedy and timelessness is rooted in its non-existent artistic merit. It has no sense of character or pace. It isn’t done on purpose or for mystery’s sake like “2001: A Space Odyssey.” “The Room” lacks the elements of traditionally good filmmaking because its creator was completely inept.

I think Pablo Picasso was a great artist. He has a distinct style that is influential and uniquely Pablo. That being said, I have no interest in going to a Pablo Picasso museum because his work doesn’t move me in the way Van Gogh’s does. Picasso and Van Gogh are both great, but Van Gogh moves my soul while Picasso makes me stroke my chin.

The “best” and the “favorite” are both subjective, but one has a more all-encompassing perception of time, context and the wider world, while the other is consumed with what is personally interesting to the author of a certain opinion. Both have a place at the table of discussion. It is good to both recognize the whole scope of a topic, while also being true to your own tastes and enjoyment.

With that, the latest Spike Lee joint did little to stir my soul. “Da 5 Bloods” is a pretty neat experiment that is worthy of praise, but I never need to see it again. And that’s an acceptable perspective! I don’t really like to do straight up reviews with this column, but I do want to go over some of the pros and cons of the film in order to point out the inconsistencies that naturally arise when we judge what a “great” film looks like.

“Da 5 Bloods” came out at the perfect time, as the struggles dealt with by the black community are being explored more explicitly than perhaps they ever have before. Delroy Lindo is awesome in the film, bringing humanity and regret to a man really struggling with his wartime demons. The switching aspect ratios to signify a flashback were also implemented well and dug into the gritty atmosphere I think Lee was going for.

Conversely, I found the film way too preachy for my liking. I understand that black soldiers have been mistreated despite their sacrifice. I know that PTSD is a crippling disease that can consume your life and relationships. Was there anything new going on here? To me it was just way too on the nose with things I was pretty much already aware of. I thought the script bounced around to too many points of view when Lindo’s Paul was very clearly the most interesting character.

It would have been better off with a more understood lead character dealing with his grief rather than hopping around to the comparatively less interesting characters. Finally, I thought the editing was atrocious. Any time a still frame photo was shown on-screen, I thought my TV froze. A film that was so careful with the aspect ratio switches has no excuse for being so choppy otherwise.

I won’t be mad if someone puts this on their “Top Ten” of the year list. Considering the time of its release and the good stuff it has going on, there is certainly a reasonable case for it being on such a list. But just because I think it is a pretty good flick doesn’t mean it is a favorite of mine. Just because it has some good aspects doesn’t mean I want to return to them, because that would require me to slog through what I think is otherwise a pretty underwhelming experience. Again, I can absolutely see a case for it being on a “best of” list. I may even have the heart to put it relatively high on a list of my own depending on if public opinion digs up a reason to reconsider it. But for the time being, I can’t see myself calling it a favorite of mine.