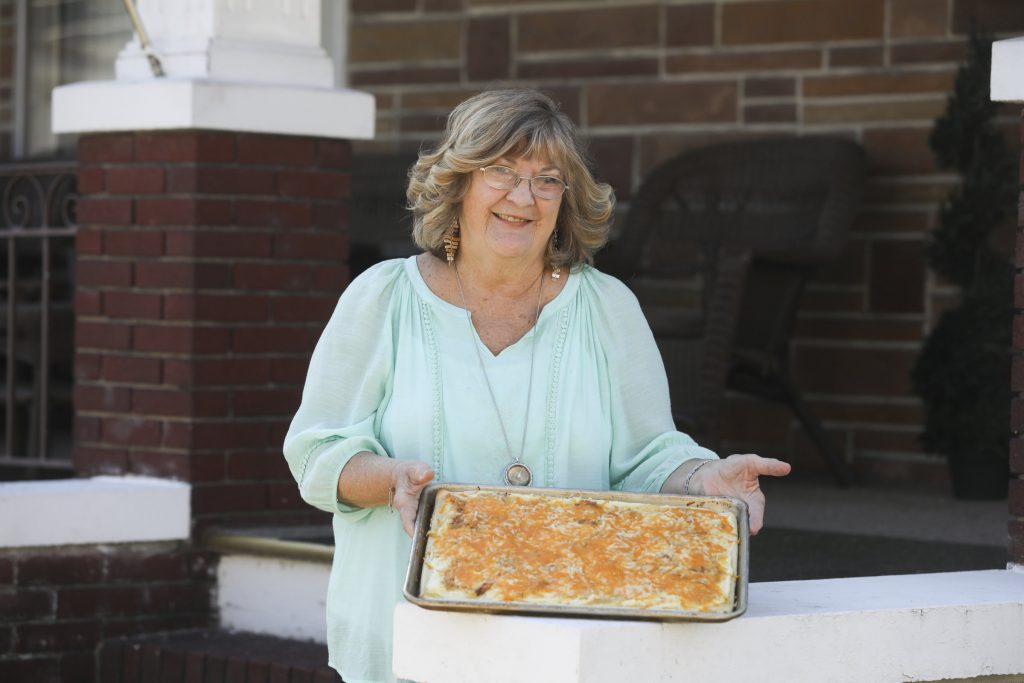 The Lenten season brings out a Northeast Pennsylvania tradition: pagash.

When immigrants from Slavic regions settled in the eastern part of the state, they brought with them this beloved meatless dish, which has become a staple meal for the time between Ash Wednesday and Easter.
Here at Local Flavor, we’re not certain who was the first person to spread buttery, garlicky mashed potatoes smothered in cheese on a thick dough crust, but we do know that not all heroes wear capes.

While some call it by its ethnic name, others may call it “Pierogi Pizza” or “Mashed Potato Pizza.” However, Sophia Novack knows it’s a true comfort food no matter which way you slice it.

The Dickson City resident was familiar with the dish thanks to being around her mother-in-law and the rest of her husband, Ken’s, Polish family, but she picked up her recipe for Pagash from her neighbor, Bella Shargay. It quickly became a go-to meal for Novack’s family, including her seven children, during the Lenten season.

“Pagash is for Easter, and really Good Friday is when I’ll make it,” Novack said. “When the kids were young, I’d make two or three trays on Good Friday and they’d color their Easter eggs. That was the tradition.”

While Novack used to make dough from scratch when her children were young, today she uses a pre-made shell. She said cooks are more than welcome to make their own crust, however.

For the mashed potato mixture, Novack incorporates sour cream for an extra creamy texture. She also advised that cooks can add more milk to the mixture to make the mashed potatoes more spreadable. She uses American cheese in the potato mixture and covers the whole pagash with cheddar cheese, though cooks have infinite options.

“It’s really up to you the kind of cheese that you like,” she said. “I like the flavors of the American and cheddar together, but I know people who’ve used Farmer’s cheese. There’s so many different kinds of cheeses you can really play around with.”

Novack said she enjoys baking more than cooking, making all kinds of cookies and other goodies. When it comes to family events, Novack hosts certain holidays for her children and 18 grandchildren. With a big family, she makes sure there’s plenty to eat as the family gathers at Novack’s house for Easter each year. While she has recipes from both Italian and Polish heritages, this time of year is dominated by the latter.

“Easter is my Polish season,” she said. “There’s lots of fun stuff to make during Easter time.”

Lightly rub pizza crust with olive oil.
In a large bowl, add mashed potatoes, salt, sour cream and American cheese and cream everything together. Spread mixture on crust. (Add milk to potato mixture if necessary to make them soft and spreadable on pizza crust.)
Slice onions and simmer in pan with butter until onions are caramelized.
Layer onions over potato mixture and sprinkle garlic powder over top. Cover pizza with cheddar cheese.
Bake at 400 F for 10 to 15 minutes until cheese is melted and crust is lightly browned. Add more cheese to top when done baking, if desired.