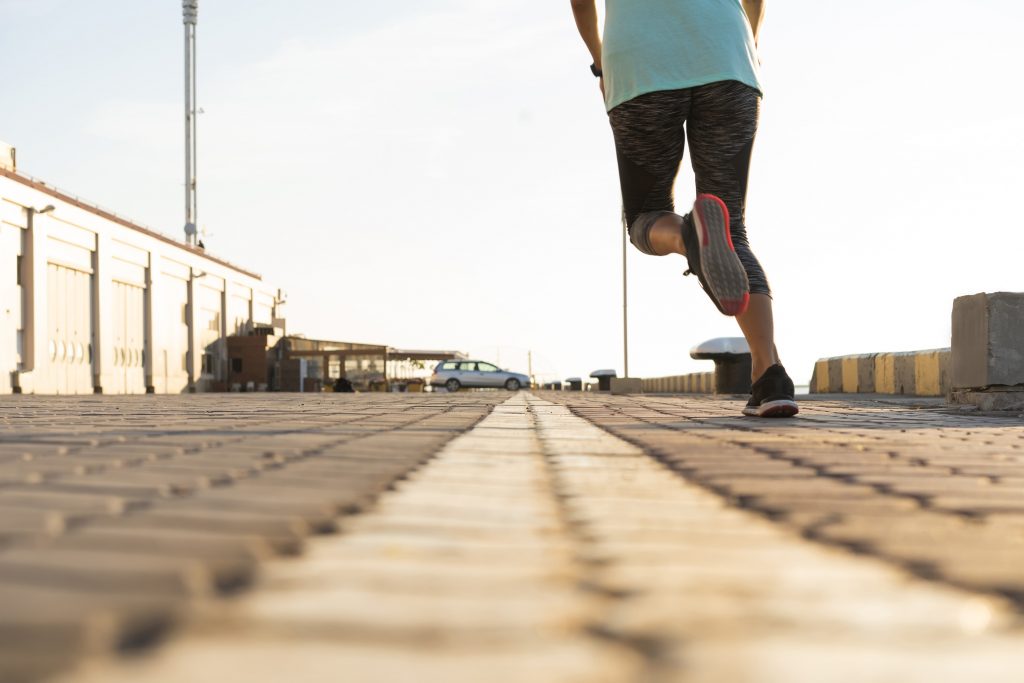 I am not a runner.

And if you knew me, I would not need to tell you this. It would be immediately evident. It always has been. As a child, I was simultaneously oddly tall and improbably skinny — a lethal cocktail of long limbs and sharp edges and a seemingly unconquerable clumsiness. I was like a pale, uncoordinated Gumby. I was the teenage equivalent of a baby giraffe on roller skates that you pushed down a hill. I was former NBA center Shawn Bradley in “Space Jam,” after the aliens stole his talent.

Which is all to say that, while I loved sports, I was aggressively mediocre at most of them. I played baseball and basketball and soccer and volleyball. For many years, I was on the swim team as well. I loved the competition, even when the competition often didn’t love me.

But I didn’t run. Once a year at Lockport High School in the southwest suburbs of Chicago, students were required to run — or jog, or walk, or crawl — a mile on the outdoor track that looped around the football field. And, once a year, it resulted in a pale, uncoordinated Gumby lying on his back maybe 10 minutes later, heaving the desperate breaths of a boy who was arguably addicted to a daily diet of Double Stuf Oreos and chocolate milk. I’m certain that some irreplaceable part of me never left that track. It’s still there, splayed out on its ethereal back, haunting upperclassmen and debating who to ask to homecoming.

But the rest of me is here. I took a job writing about sports for The Seattle Times in July 2018. And, in the past couple months, I’ve started to run. On purpose. For more than a mile. Just about every day.

How could I not? After all, the state of Washington’s emergency stay-home order — which Gov. Jay Inslee extended through May 4 last week to slow the spread of the novel coronavirus — leaves few available exercise options. Plus, I recently moved into an apartment in Lower Queen Anne, across the street from the trails at Myrtle Edwards Park and the Olympic Sculpture Park — which brush picturesquely against the edges of the Puget Sound.

Every day, I wake, look out my window and see the sputtering parade of runners and bikers and dog-walkers, unknowingly guilting me to get my butt out of bed. On clear days, I see the white tips of the Olympic Mountains in the distance, jutting between the blues of the water and the sky.

OK, I don’t hate it. Not exactly. Rather, it’s become a backdrop inextricably associated with pain. My relationship with running is not unlike Lt. Jimmy Cross’ relationship with Martha — the girl he helplessly loved while knowing, somewhere deep inside him, she would never feel the same — in Tim O’Brien’s stirring Vietnam book, “The Things They Carried.”

Every morning, I put on my running shoes — which was once an oxymoron — and, because I bought them in 2012, they currently have the traction and texture of a wet dolphin. I also wear a long-sleeve shirt, a dark-blue jacket, one of two pairs of gray shorts and the same black beanie. I’m telling you this in case I ever hurtle myself into the Sound and need to be identified after. It’s a hard, hating kind of love, after all.

But I’m doing it, and there’s pride in that as well. There’s a feeling of accomplishment. There’s perseverance and persistence that overwhelms the pathetic pain.

In the first half of my run every morning, a voice reminds me — over the sound of old rap or electric guitar or, if we’re being honest, Miley Cyrus’ “Wrecking Ball” — that I could stop.

“You could walk the rest of the way,” says the persuasive sloth on my shoulder. “You could keep right on walking, for that matter, to Tacoma or California or Mexico. You could start a new life, with a new name and a new job and new hobbies where you never run again.”

But I don’t. I keep right on running. In the endless monotony of a COVID-19 lockdown, running gives me a reason to crawl out of my suffocating stay-at-home cocoon. It gives me an ounce of personal freedom in what can feel like a helpless time.

And if you do, keep an eye out for a pale, uncoordinated Gumby, lying on his back in a black beanie and breathing heavily on the edge of the running trail. If you see him, say hello.

But please, for everyone’s safety, stay at least 6 feet away.