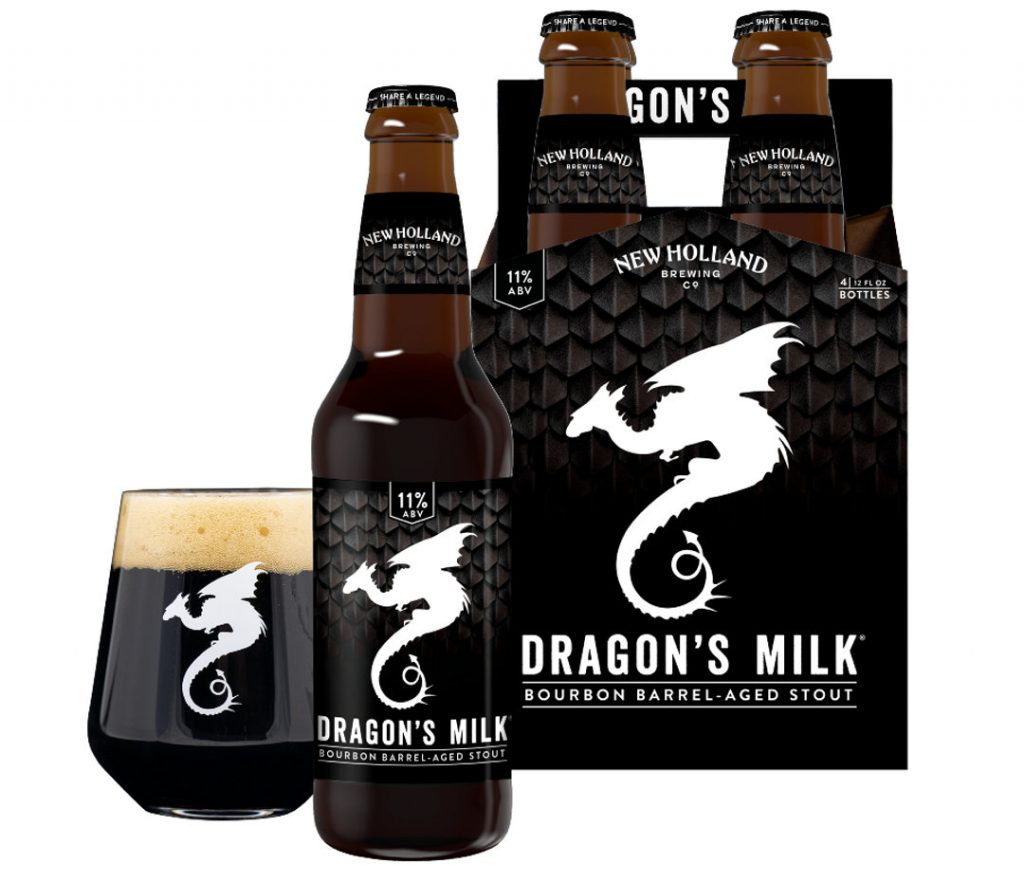 With days getting dark earlier, the wind feeling a bit chilly and the weather trending toward damp this month, it’s nice to huddle indoors with a good streaming service (or three) and a super thick, dark beer.

With that in mind, I went hunting for the perfect combination of craft ingenuity, brewing location and dark beer. This week, I branched out from the local craft breweries and went with something a tad different. New Holland Brewing Co. of Southeast Michigan looked to have the perfect brew for the dreary days (and nights) of autumn.

Called Dragon’s Milk, this stout has been aged in bourbon barrels for that little extra something. The label gets to the point with a white dragon silhouetted on a black background, and the bottle touts the stout as “roasted, malty and smooth.” Both label and bottle piqued my curiosity with their simplicity and style, and frankly, I also enjoy a nice glass of bourbon on the rocks every now and again, so I figured this brew would be the best of both worlds.

Pouring it into the glass displayed a malted, dark complexion with a pronounced aroma of bourbon. The head was not very impressive, at about a quarter of an inch, and the thin appearance of the beer initially disappointed me a bit. I let the brew settle and took a few moments to savor the smoky, pleasant aroma. I still felt underwhelmed with the brew’s appearance, though, as it was missing that really thick head and dark, churning body I associate with a stout.

The smooth texture surprised me, as I had expected an aggressive favor based on the smoky aroma. It initially presented a pleasant flavor combination, not too harshly overtaken by the bourbon aging process. I have rarely experienced such a smooth flow and texture in a stout. The body was very malty but not overly alcoholic as might be expected. It clocks in at 11% ABV, so this is one that is best enjoyed sitting and sipping.

The body of the beer disappointed a bit since it was a bit flat and not the hearty, full-bodied texture associated with a typical stout. The head dissipated quickly and did not leave much in the way of legs. For someone who likes a stout to be inky and robust, this was not up to my expectations.

Dragon’s Milk had a thin mouthfeel, and the aftertaste was a bit sharp. Ultimately, I did not care for this particular brew. Maybe my expectations were set a bit high and this just did not hit the bullseye. I see where New Holland was going with this, but it landed just a little off the mark.

If you are into the bourbon barrel-aged beers, this might be up your alley, so go ahead and give it a shot. However, if you are looking for a full-bodied stout, I’d look somewhere else.