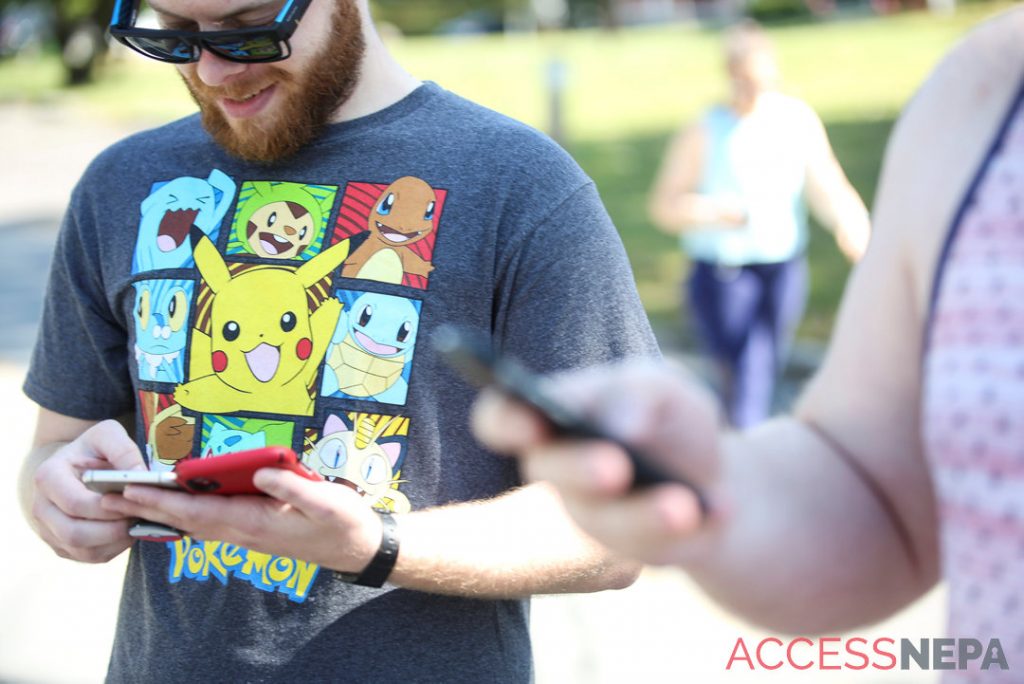 “‘Pokémon GO” took the world by storm upon its release in 2016, and though it has seen its ups and downs, even now it keeps pushing forward with a strong and dedicated user base.

For a game based on the concept of getting outside, players would think that COVID-19 would make the game’s earnings plummet. This would be true if Niantic, the game’s developers, hadn’t taken action both recently and earlier in the crisis.

Mobile games usually have short lives in terms of popularity. Unless you’re a giant, you’re doomed to fail within a year. “Pokémon GO” is one of these giants, mostly because of its connection to its fanbase and the already huge popularity of the Pokémon franchise. 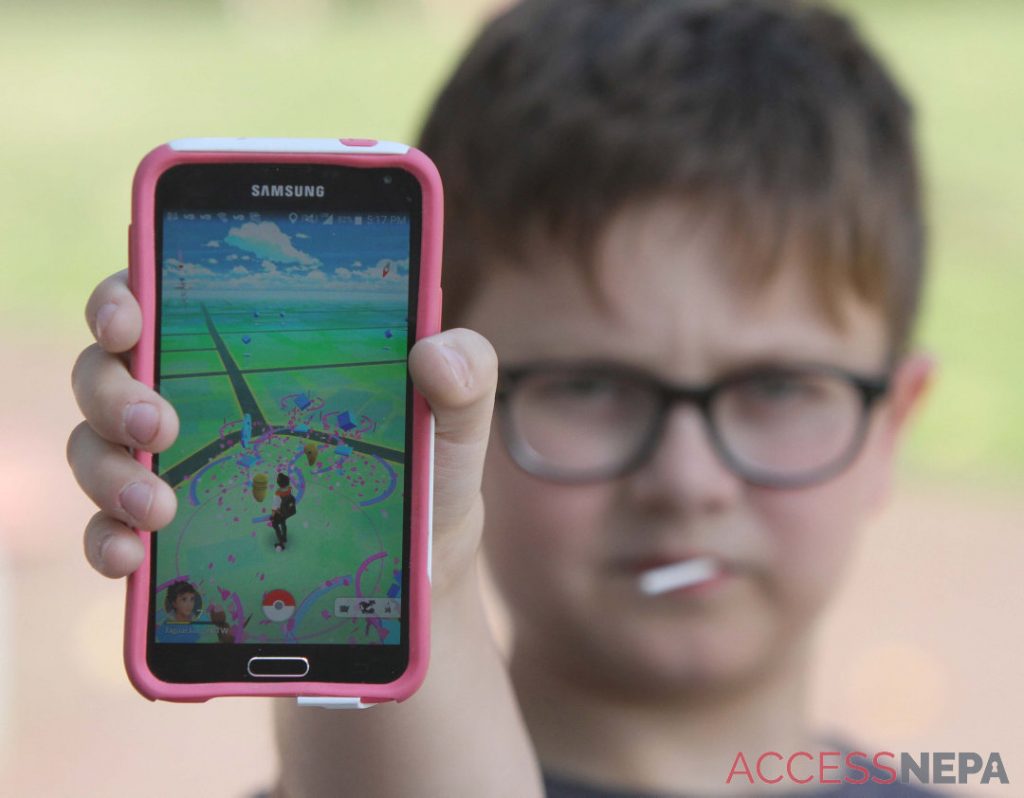 DAVE SCHERBENCO / STAFF PHOTOGRAPHER
Robert Beletsky holds up his cellphone displaying “Pokemon Go” when the game came out in 2016.

When fans cried for “Shadow Pokémon,” a concept introduced in a spin-off game back in 2003 that many have wanted to see in other games, Niantic not only gave the fans what they wanted but also implemented a storyline in which you rescue such Pokémon from members of an evil organization, Team Rocket. And when fans were upset over the newest main-series Pokémon game’s removal of many beloved Pokémon from past games, Niantic simply added another generation of Pokémon to keep players engaged and excited.

On top of that, Niantic also frequently holds events where players can catch especially rare Pokémon, known as “shinies,” while players of the main-series games usually resort to grinding for hundreds to thousands of hours to only catch one. And these are so exceptionally rare that many players have never even encountered one.

This desire to keep up is showing during the COVID-19 outbreak, as Niantic has released several new features that allow users to keep playing even when quarantined. A prime example is an update to the game’s “Adventure Sync” option, where the game tracks your steps so you can earn in-game rewards. In response to the pandemic, the developers made it easier to track the steps you take in your house.

Additionally, “Pokémon GO” usually holds local social events in the form of raid battles, where players can help each other defeat and catch a strong or rare Pokémon. But amid the crisis, Niantic has announced that it will develop limited-time passes allowing players to access these events from home instead of at the normal designated locations. 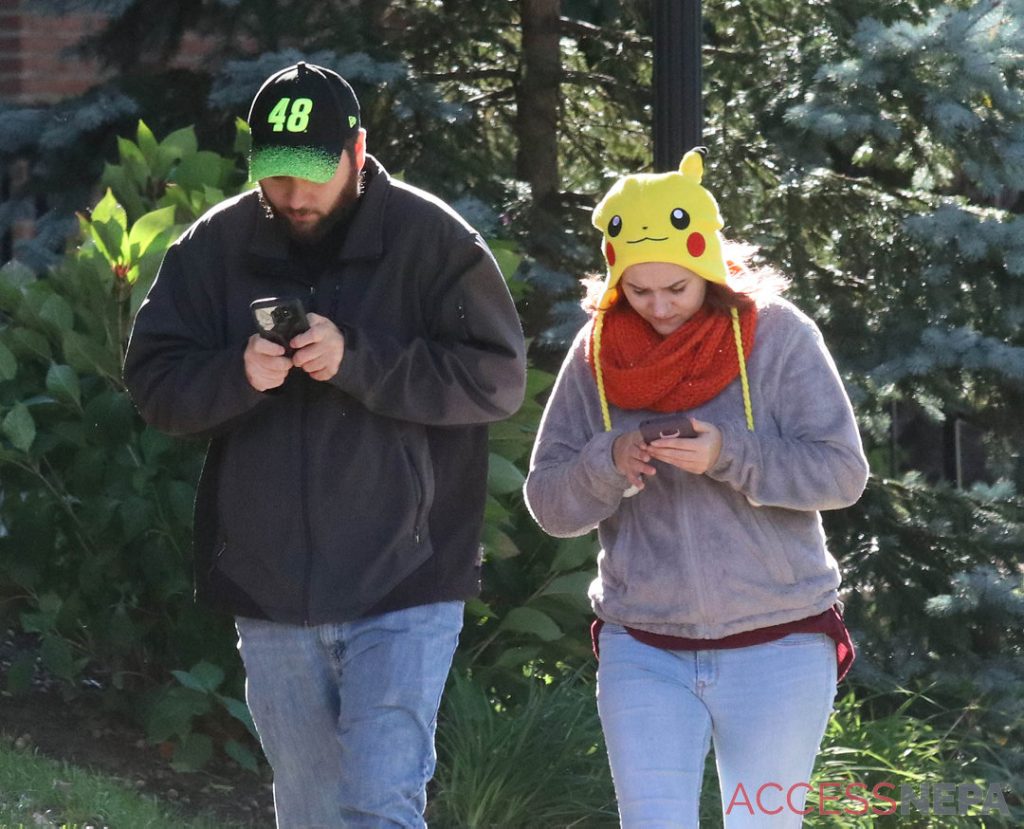 DAVE SCHERBENCO / STAFF PHOTOGRAPHER
Troy Karpovich and Kristin Wilhelm are in deep foucus as they make their way along River Street near Wilkes University as they participate in Pokemon Go’s Beldum Community Day in 2018.

On top of that, Niantic has even increased the rate at which regular and rare Pokémon spawn and has given players ways to get items from the safety of their home almost totally for free. Bundles that would normally cost hundreds in in-game currency now are being sold for a solitary PokéCoin, which players can obtain for free just by performing certain in-game events. These happenings have created a new rise in popularity for “Pokémon GO” yet again, which makes many wonder just how long the game’s lifespan will be.

In the gaming community, we’ve seen great concepts get ruined by bad developers and simple concepts become successful through good developers, and Niantic’s “Pokémon GO” definitely is an example of the latter. Though it remains to be seen what other changes the team can make as well as if some features will be here to stay after the pandemic, it’s fair to say that “Pokémon GO” will continue to stick around for a while.