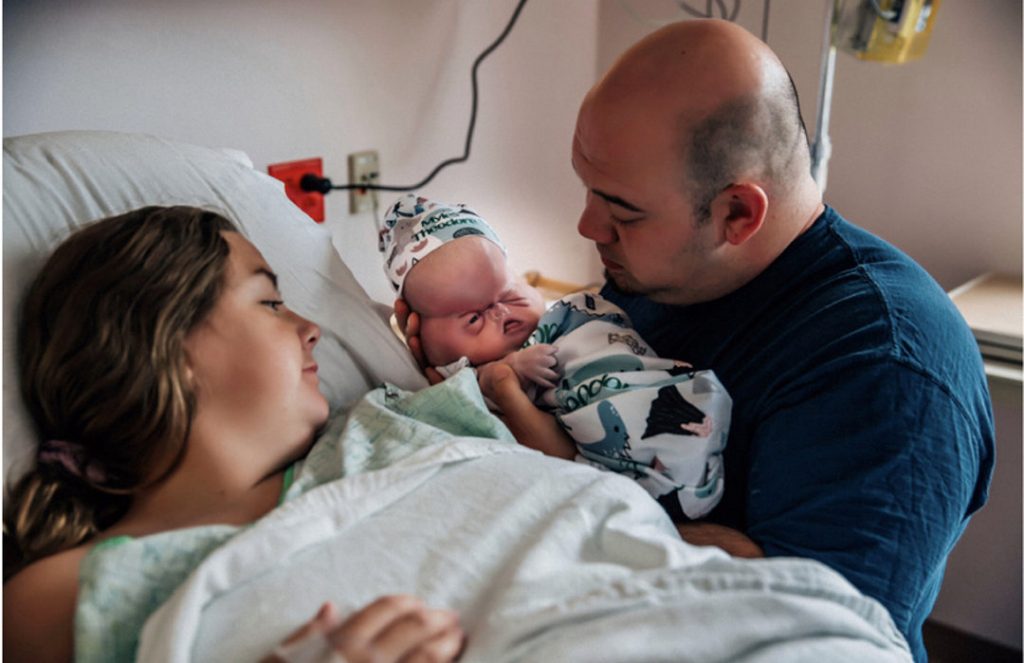 Who: A special medical device gave one local family extra time to spend with their infant son.

Joseph and Hannah Dinan Henselder of Tunkhannock are the parents of Myles Theodore Henselder, who lived for six minutes after his birth on Sept. 1. Twenty-two weeks into the pregnancy, the Henselders had learned their son had Type 2 thanatophoric dysplasia, a lethal form of dwarfism occurring in 1 in 20,000 to 50,000 newborns, according to the U.S. National Library of Medicine. It can result in stunted limbs and underdeveloped ribs and lungs.

Myles developed fluid on his brain and a cloverleaf-shaped head, and his lung deformity left him unable to swallow amniotic fluid. That caused his mother to develop polyhydramnios, a condition in which pregnant women have excess amniotic fluid. She ended up carrying about 40 extra pounds of fluid and needed a decompression amniocentesis.

“Unfortunately, there was no way for us to try and save his life out of utero,” Dinan Henselder said.

What: Thanks to the Cuddle Cot, however, the Henselders got much more than six minutes with Myles. The refrigerated bassinet uses distilled water to cool and therefore preserve newborns like Myles, giving parents precious moments with children whose lives were cut short at birth. For the Henselders, that meant they could hold and talk to Myles and keep him with them in their hospital room for the 72 hours of their stay.

“Without a cuddle cot, Myles would have been taken from us much sooner,” Dinan Henselder said.

Why: The Henselders found out that a family whose daughter, Caitlin, had died had donated the Cuddle Cot that Myles ended up using to Crouse Hospital in Syracuse, New York. To pay that kindness forward, Joe Henselder decided to set up a GoFundMe page to raise money to donate as many Cuddle Cots as possible to hospitals in Northeast Pennsylvania in their son’s memory. Many maternity wards do not have the devices, which cost $3,000 each.

Donated cots will help “anyone suffering from infant loss,” Dinan Henselder said, and she also believes that “sharing our story to bring awareness of the cuddle cot is equally as important.”

“Caitlin’s parents’ donation gave us something irreplaceable: the gift of time,” she added. “We created this fundraiser in hopes of sharing that gift with another family.”

The Henselders also set up a Facebook group for the fund where people can find more information.

In her own words: “Donating these cots in Myles’ name gives his little life so much purpose, and we are so grateful that he will be able to help other families.” — Hannah Dinan Henselder, mother