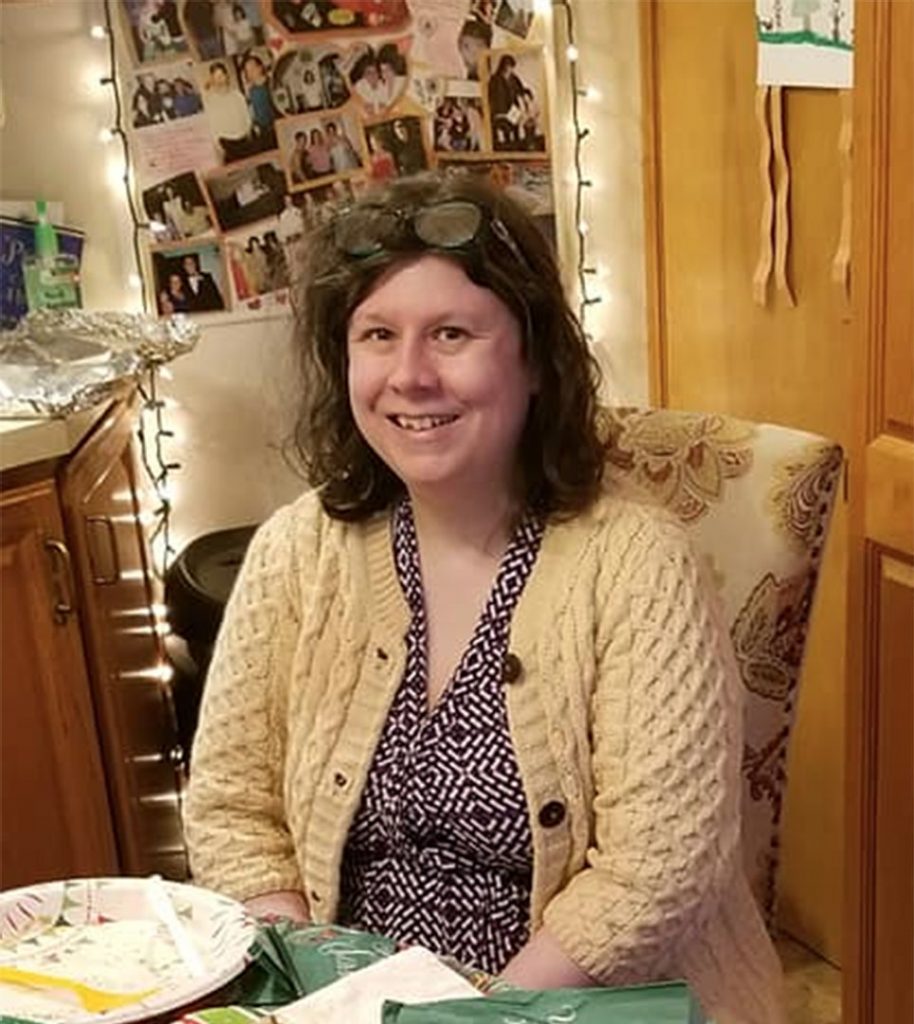 Who: Holly Chmil-Jones learned a lot about the meaning of community at Scranton Technical High School. She’d been a transfer student and her family didn’t have much, but the teachers there “made me one of their own,” she said, noting they collected money to help send her to the Pennsylvania Governor’s School for the Arts.

So when Chmil-Jones learned an old friend and former Tech classmate she’d reconnected with at a recent high school reunion was facing homelessness, she “thought of tapping into Tech’s can-do spirit to help.”

Chmil-Jones described that friend, Carol Starkey, 50, as a bubbly, quirky and fun woman who lived for many years in Jermyn. Starkey has an associate degree in office medical technology and early childhood education from McCann School of Business & Technology and served as her father’s caretaker until his death in December. She lost her mother to suicide in 1996 and was close to her dad, with both known for their love of the New York Giants. Since his death, Starkey has been busy packing up her life and downsizing, and she has not slept well, Chmil-Jones said.

What: While Starkey and her dad didn’t have a lease on their home, they were on good terms with their landlord, Chmil-Jones said. Less than a month after her father’s death, however, Starkey received an eviction notice. She does not drive, and her sister lives in a local care facility, so Chmil-Jones hoped to find an affordable home for Starkey near public transportation and her sister. Social workers and agencies have helped, too, and Starkey has a temporary place to stay plus a new job lined up for next month.

Why: Friends and cousins help Starkey when possible, but her supporters hope to raise money to get her life back on the right footing. They want to collect enough to cover her first and last month’s rent and a security deposit for a new home, whether it be a rented room or an efficiency apartment.

“The funds will be adapted in the best way for the sustainable solution,” Chmil-Jones said. “It’s important that it be manageable on an ongoing basis.”

Contributions also will help pay to move Starkey’s bulky items, upgrade an old laptop so she can do well in her new job and pay for her smart phone connection so she can stay in touch with local agencies.

How: The public can donate through the GoFundMe page, “Help Carol Beat Homelessness: 1st, last & security,” or by mail to Help for Carol Fund, Box 305, Dunmore, PA 18512.

In her own words: “To me, supporting Carol right now means stopping a deserving friend and a good person from slipping through the cracks at a time when she is most vulnerable. It is especially difficult out there for single people, specifically middle-aged women. You shouldn’t have to cash out a retirement to avoid homelessness. And I would love to see a home share project (which matches people in need with owners of large, old houses who need help with upkeep or bills) launched in Scranton. We have people who need housing and houses which need people. I just want to see Carol home safe, literally.” — Holly Chmil-Jones, friend