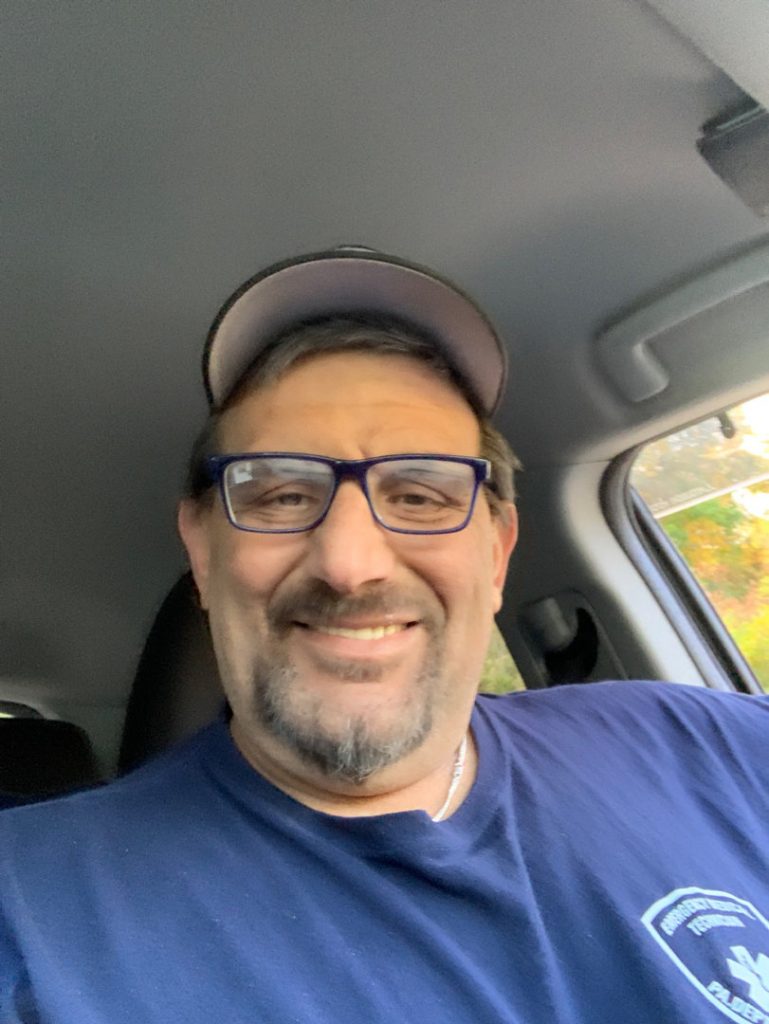 Who: Frank Raniello Jr. has served his community as a first responder since he was a teenager, when the Factoryville native joined the borough’s volunteer fire company and rode along on fire and ambulance calls. A graduate of Lackawanna Trail Junior-Senior High School, Raniello took nursing courses at Marywood University and eventually became an emergency medical technician. Now living in Dunmore, he has served numerous Northeast Pennsylvania fire companies through the years and currently belongs to the fire company and ambulance association in Jessup.

What: A year ago, Raniello turned into the patient when he learned he has Stage 3 lung cancer. Since then, he has undergone radiation treatment and chemotherapy. A CT scan will determine whether he needs further treatment, but the pandemic has hampered his ability to have the scan done, said longtime friend Judy Drake.

Why: Raniello leads a stress-filled life at the moment, the uncertainty of his future compounded by having little support system beyond Drake, who lives out of state. Raniello also must continue to work, which leaves him constantly exhausted. Drake said he recently missed more than a month of work because of medical complications, and concerns about not being able to pay his bills if he misses a shift keep him continually anxious.

“He really is in a dire-straits situation, and he keeps … trying to work when he needs to rest and let his body heal,” Drake said. “He has no choice. It is heartbreaking.”

Raniello hopes to qualify for disability support, but complications with completing the proper paperwork; meeting certain requirements; and still being able to pay rent, for his car and other bills have kept him from doing so thus far, Drake added.

How: The public can donate through the GoFundMe page, “Help Frank Raniello Jr. fight Stage 3 cancer,” or reach out to Raniello directly.

In her own words: “Support and contributions would mean the world to Frank. He has had to keep working his regular job throughout his battle to pay his bills, as he is still trying to get a disability determination through Social Security but has not qualified so far. His parents are elderly and are not able to help him very much.” — Judy Drake, friend