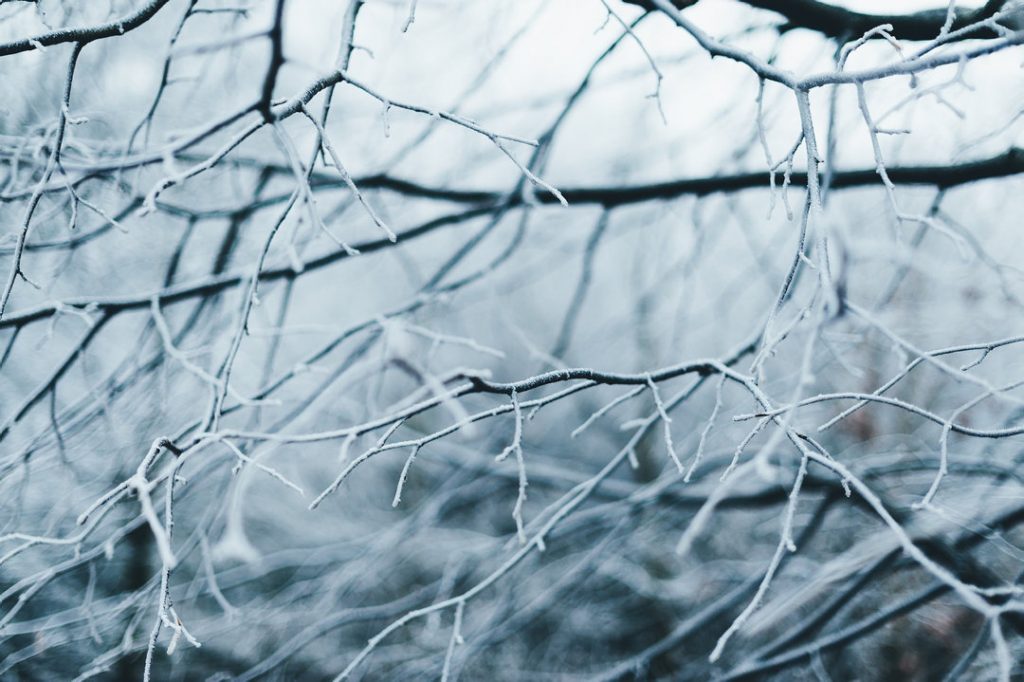 Young trees need some dressing up for winter protection

My young trees are decked out in their winter finery: arboreal attire, perfumes and cosmetics that will protect them through the winter.

Insects and disease-causing fungi are dead or dormant, but larger, furrier animals now pose a threat. Deer, rabbits and mice are eager to gnaw on succulent stems, bark and roots.

And then there’s cold weather to dry out or sunscald the trees.

Evergreens are most susceptible to drying out because they lose water through their leaves all winter long. Sunscald, caused by fluctuations in bark temperature, is most likely to occur on the southwest-facing bark because that’s where it’s last heated by day before the sun — and temperatures — plummet.

With their thick, tough bark and gnarly, old wood, older trees are better able to fend off animals and cold than are young trees.

So here’s what my well-accoutered, young trees are wearing to protect them from winter’s woes:

For this, mulch is all the rage. Leaves, hay and straw insulate the soil against low temperatures and wide swings in temperature. Evergreens are especially thankful for mulch because it keeps more soil water unfrozen and, hence, accessible to roots during the winter.

Never pile mulch right up against tree trunks, though, or the trunks may rot. Mice will have not only sheltered living quarters, but bark on which to nibble right at home.

Which brings us ways to keep animals at bay: Down around a tree’s “ankle,” a legging of an 18-inch-long cylinder of 1/8-inch or 1/4-inch hardware cloth, pushed a bit into the ground, prevents mice and rabbits from gnawing at roots and bark near the base of the tree. You can purchase other kinds of bark protectors, such as various plastic meshes or wraps that spiral up the trunk. 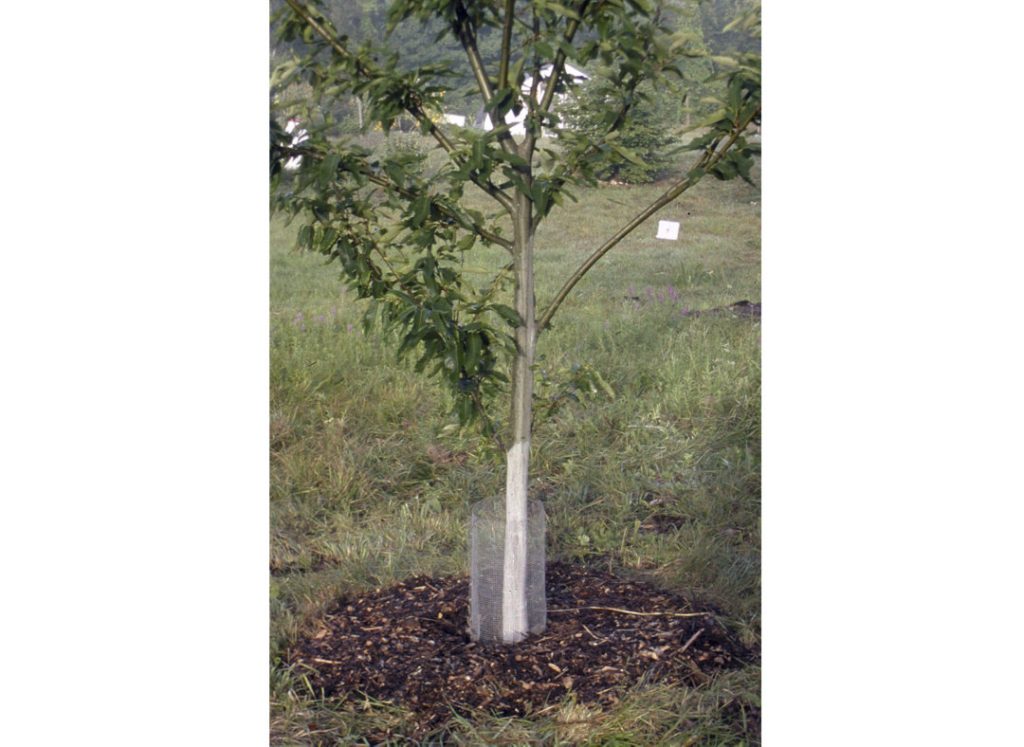 LEE REICH VIA ASSOCIATED PRESS
This undated photo shows a young tree protected for winter in New Paltz, N.Y. This well-dressed tree is decked out to protect it from winters woes of hungry animals, fluctuating temperatures, and sunburn.

Higher up the tree, “perfume” fends off deer. For starters, I dangle a bar of deodorant soap in the branches — one bar per tree, the cheaper the better. I’ve also used mesh bags containing wads of human hair, but my deer, at least, don’t seem to mind that perfume anymore. The efficacy of any perfume in keeping deer away depends on how many and how hungry they are, and how easy it is for them to get to neighbors’ trees instead.

In other winter tree wear, there are sprays that make trees taste bad to furry animals. Because these animals are vegetarians, many of these sprays are based on animal products such as eggs or milk. These animals also don’t like hot pepper. Commercial sprays are sometimes appropriately named (Deer-Away, Chew-Not, Hinder), sometimes not (Bobbex, Thiram).

The main problem with sprays is they wear off, so spraying must be repeated periodically through the winter, especially since animal feeding gets worse as winter wears on. Look for a spray that lasts the longest, typically about a month. Once again, the efficacy of such sprays depends on how many and how hungry the deer are, and what else is readily available to eat.

All well-dressed young trees should have some “makeup” on their trunks. A coat of white latex paint protects the bark from sunscald, reflecting sunlight so the bark does not heat up during the day. Paper or plastic tree wraps sold to fend off animals serve the same purpose.

I added bone meal — an organic fertilizer — to the paint I used last winter, as a friend had suggested that rabbits and mice, being vegetarians, would not gnaw on boney-tasting bark. They didn’t.

Lee Reich writes regularly about gardening for The Associated Press. He has authored a number of books, including “Weedless Gardening” and “The Ever Curious Gardener.” He blogs at leereich.com/blog. He can be reached at garden@leereich.com.