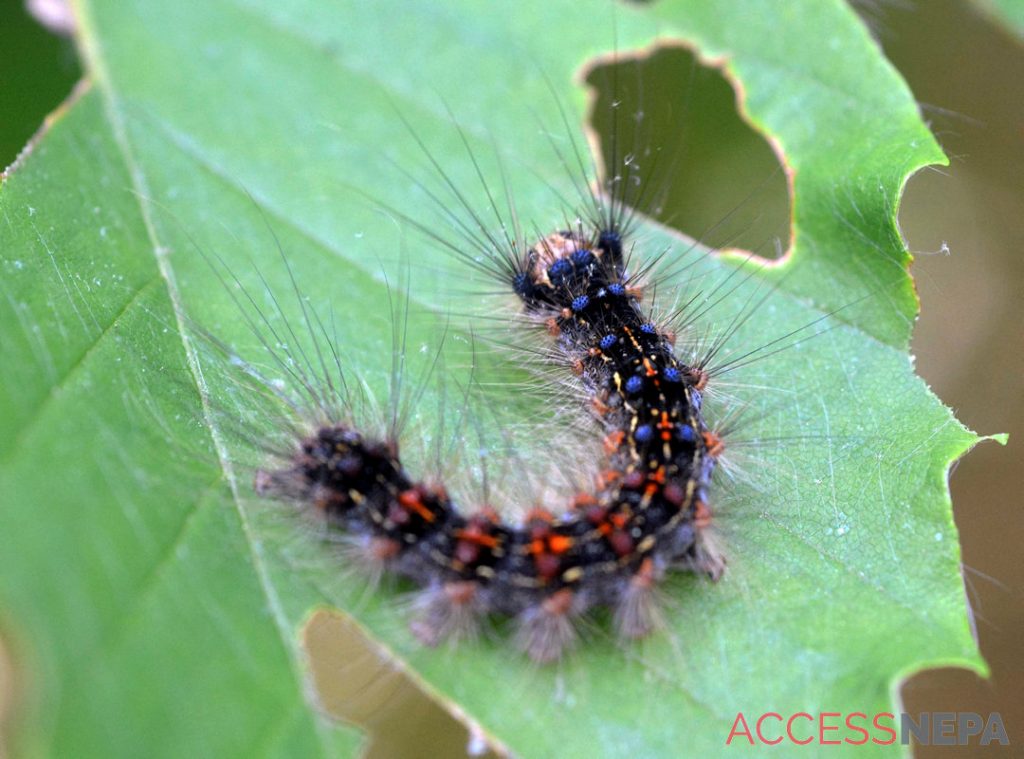 Gypsy moths aren’t expected to pose serious problems in Lackawanna County or across the state this year, eliminating the need to spray for the problem pests.

The state Department of Conservation and Natural Resources’ Bureau of Forestry sprayed about 1,436 acres of private land in southern Lackawanna County for gypsy moths last year, but doesn’t plan to spray anywhere in Pennsylvania this year given the collapse of gypsy moth populations statewide. Lackawanna County was the only county in the state the bureau sprayed in 2019, and that was at the request of landowners.

Outside of a few hot spots, winter surveys show that gypsy moth egg mass densities are down statewide, Donald Eggen, forest health manager for the bureau, wrote in an email. Gypsy moth caterpillars, which devour leaves on trees and, in large enough numbers, can wreak havoc on wooded areas, hatch from egg masses in the spring.

Populations of the pest naturally boom and fall in cycles, with outbreaks occurring every five or so years, Eggen said. Eastern Pennsylvania is currently at the end of the outbreak cycle that began in 2015. Cool, wet spring weather in 2018 and 2019 also contributed to declining gypsy moth populations by creating conditions conducive to fungal disease that can kill the insects, he said.

But gypsy moth numbers any given year aren’t exclusively tied to weather — at least not directly. 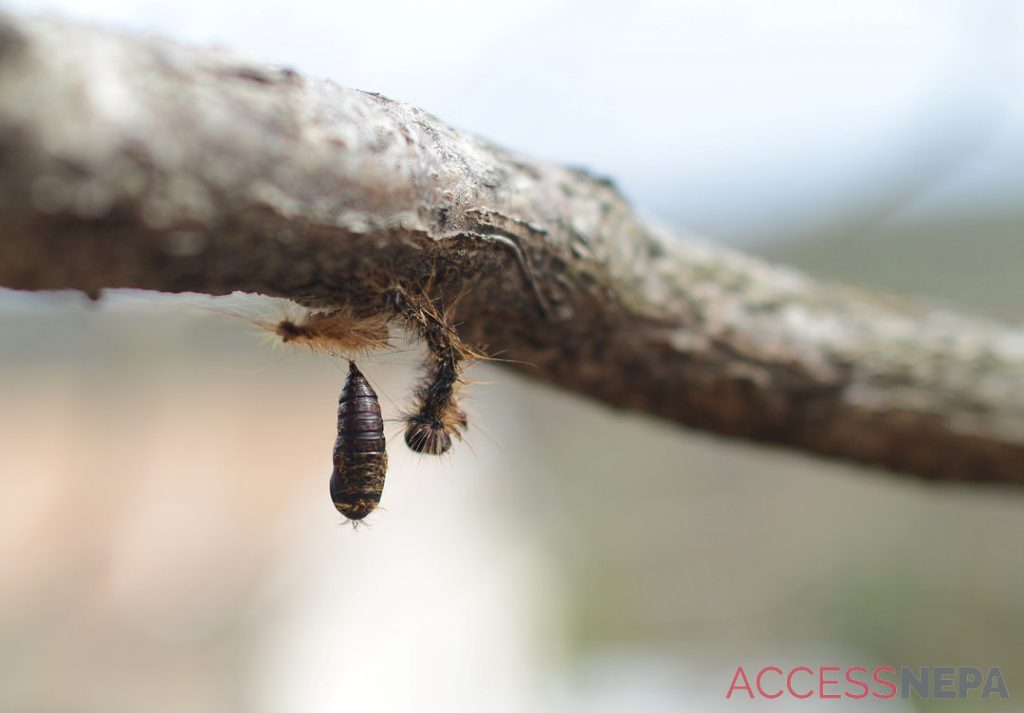 ACCESS NEPA FILE
Not as many gypsy moths will emerge from cocoons like these in the region this summer.

But when several species of oak trees in a forest have a bad mast year, which is referred to as mast failure, falling small mammal populations can prompt a spike in gypsy moth numbers. That can lead to a gypsy moth outbreak in the years following mast failure, Skvarla said.

Oak trees mast on different species-dependent cycles. Weather can also affect those cycles, which can vary from one place to another, he said.

Lackawanna County Parks and Recreation Director Mark Dougher said staff will monitor gypsy moth populations this year. The county allocated $90,000 for its gypsy moth management program, but will use that money to spray in future years if it’s not required in 2020.

The bureau of forestry also will monitor gypsy moth numbers, but won’t be able to conduct field work in Lackawanna County until the state relaxes coronavirus restrictions. It will use a digital satellite system to identify potential gypsy moth-related defoliation later this spring, Eggen said.