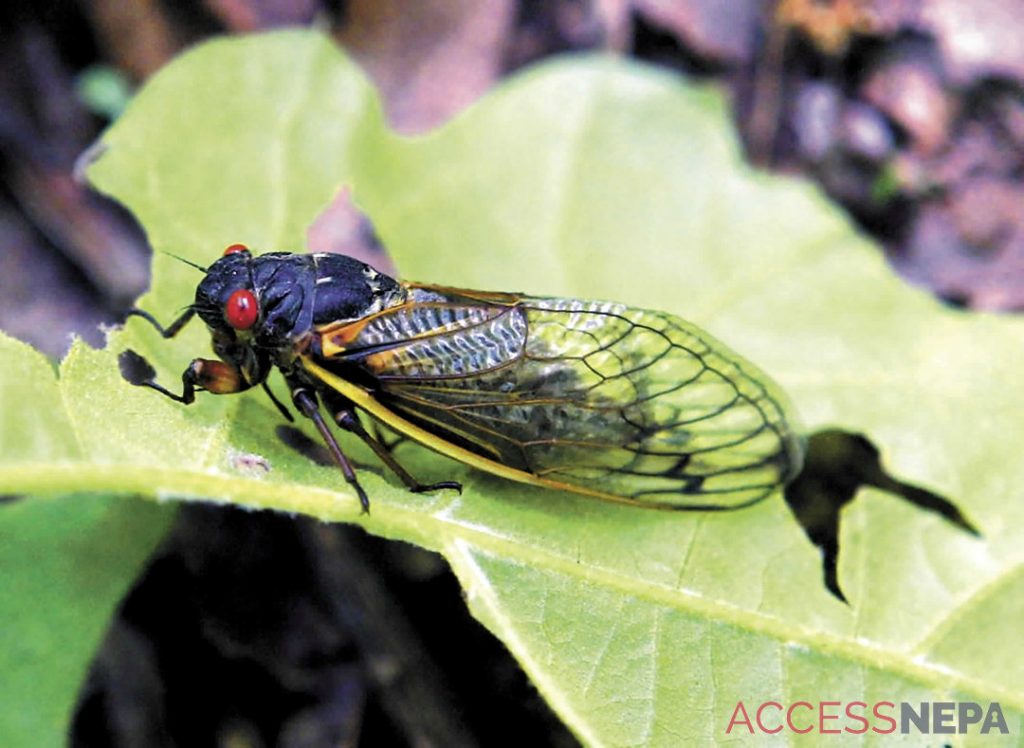 Cicadas to come calling after 17 years

The serenade should start sometime in late May or early June.

An incessant hum washing across forests, woodlots and leafy neighborhoods, it won’t mean much to human ears.

For those that have been waiting in darkness for 17 years to hear it, though, it will be an irresistible invitation to love.

Lackawanna County and much of the rest of eastern Pennsylvania are about to experience one of nature’s most mysterious phenomena as millions upon millions of periodical cicadas belonging to what is known as Brood X emerge after 17 years underground to reproduce and die, all within a matter of days.

For the cicadas, their limited time in the sunshine will be filled mostly with flying, courting and mating — you know, fun stuff.

“You just have to live with it for a week or so and then it’s over again for 17 years,” said Tony Santoli, Scranton city forester. “It’s an incredible feat of nature. There’s no other way to say it.”

Brood X, also known as the Great Eastern Brood, is one of eight broods, or populations, of 17-year cicadas in Pennsylvania, said Michael Skvarla, an assistant research professor and head of the Insect Identification Laboratory at Penn State University. Each brood has its own timetable and geographic range.

Lackawanna and Luzerne counties are at the northern tip of the Brood X range in Pennsylvania.

The cicadas that will emerge as part of Brood X, which is comprised of three separate species, have been living underground as nymphs and feeding on fluid from plant roots since 2004, Skvarla said.

In the coming weeks, the nymphs will burrow upward until they are just below the ground surface. That’s where they will wait.

Their emergence is tied to the warming soil, Skvarla said. A warmer spring would mean an earlier appearance, and a cooler spring would push that back, but somewhere from mid- to late May through early June would be a solid bet.

The trigger seems to be when the soil temperatures hits 64 degrees Fahrenheit, he said.

“It can sometimes seem like overnight they all come out at once,” Skvarla said.

Once the nymphs are above ground, they shed their nymphal skins and complete their transformation into adults. The males begin their singing to attract females, who are silent.

Collectively, they can get loud, Skvarla said.

“If you get into an area that’s more rural and more wooded where there are lots of cicadas, it can be overwhelming, like you can’t hear the person next to you talking because it’s so loud, he said. 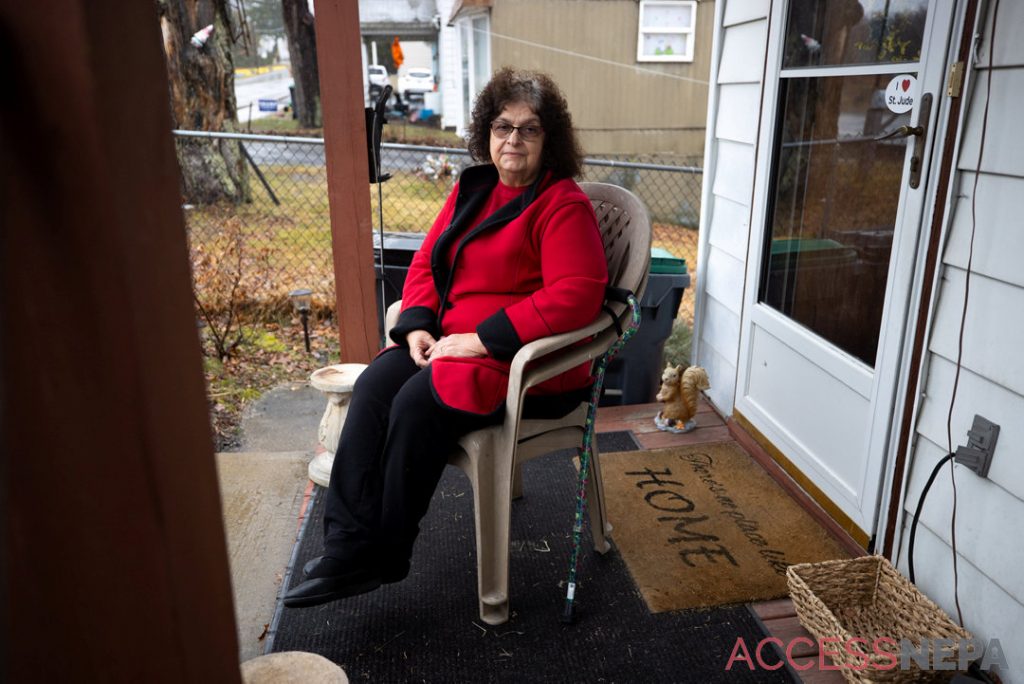 CHRISTOPHER DOLAN / STAFF PHOTOGRAPHER
Linda Hassay, 71, sits Thursday on the front porch of her Jenkins Twp. home. Hassay’s property in the Inkerman section of the township was inundated by cicadas in 1987.

Each of the three species in Brood X has its own distinctive song, Skvarla said, and it’s easy to distinguish if someone listens carefully.

“They (cicadas) are kind of difficult to tell apart when you have a dead specimen on a pin,” he said. “It’s a lot easier if you have a live one that’s calling.”

The males and females mate about 10 days after emergence. The female will then deposit her eggs — anywhere from 400 to 600 total — in groups of 24 to 28 each in slits she cuts in tree branches. They’ll later hatch, and the hatchlings will drop to the ground. They’ll burrow into the soil and feed on plant roots, beginning the 17-year cycle anew.

In the meantime, all of the adults will be gone in two to four weeks, Skvarla said.

Santoli said there is no way to predict which areas will see large populations of cicadas this year, although any place with trees is a possibility.

“It could be a woodlot. It could be Nay Aug Park. It could be your backyard. It could be anywhere,” he said. “We don’t know exactly where they are going to emerge, but we’ll certainly know when they come out.”

Although the cicada is a “pretty hideous-looking insect,” it is harmless and no one should stress out over it, Santoli said.

Hassay, 71, who lives in the Inkerman section of Jenkins Twp., had her first encounter with a Brood X cicada in the spring of 1987. One landed in her hair as she weeded her flowers. She had no idea what the insect was, but soon her neighborhood was overrun with them.

Uncertain whether she should be concerned, she contacted the state Bureau of Forestry, where Santoli was district forester at the time. He stopped by her home to speak with her.

“That’s how I understood what they were and not to be afraid of them,” she said.

Hassay, who is now fascinated by periodic cicadas and their unusual life cycles, is anticipating the brood’s return this spring, especially after there seemed to be very few of the insects around in 2004.

“They are magnificent. That’s all I can say,” Hassay said. “They are wonderful, if you can call a bug wonderful.”