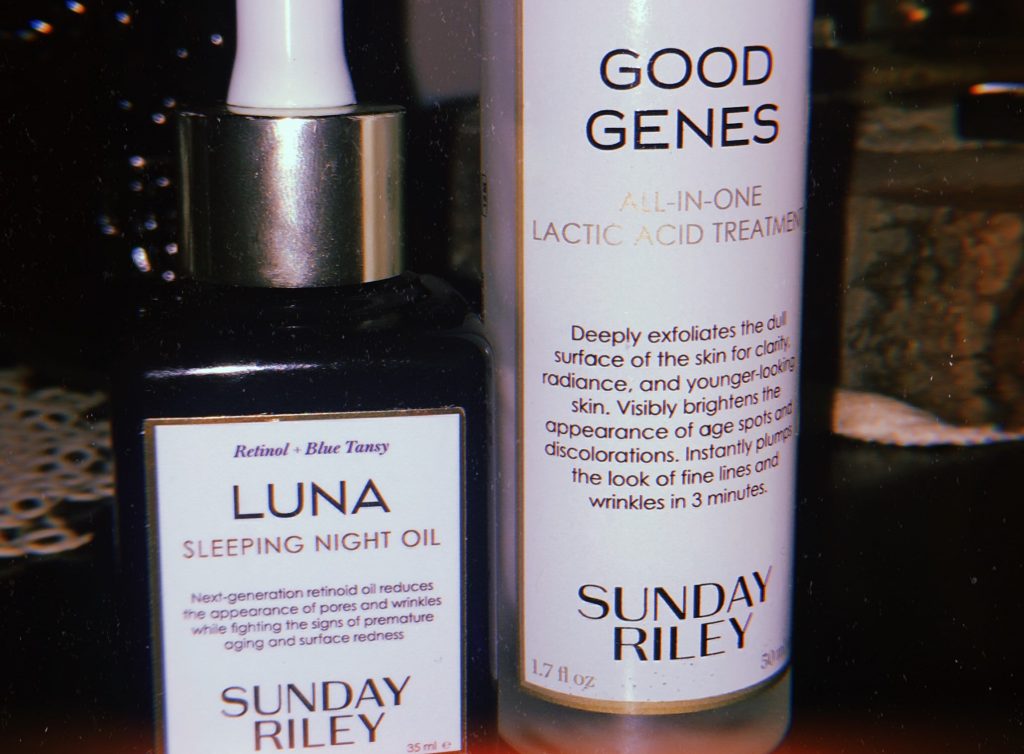 The dark side of beauty: Sunday Riley’s shady scandal

Buying skin care online can be like the Wild West and reviews from other people are the best way to get a feel for a product.

Unless the reviews are fake.

This week, skin care brand Sunday Riley (you might know them as the maker of Good Genes lactic acid treatment) settled with Federal Trade Commission over allegations that Sunday Riley faked reviews on Sephora’s website in order to boost sales for nearly two years.

I’m not gonna lie, this story is super dark to me. Companies are deceptive. (Hi, welcome to life.) That’s not news but when something like this comes up, it’s insane HOW shady they can actually be.

According to the complaint, company CEO and namesake Sunday Riley instructed staff to each create two-to-three different (fake) accounts on Sephora’s website. They made up names, cities and skin types for each their fake personas and also set up burner email accounts for each one. They were told to downvote negative reviews to bounce them off the page. They also were allegedly given step-by-step instructions on how to hide their IP addresses so Sephora wouldn’t clock them. (This sounds like some serious dark web shit.)

While the company didn’t technically admit to any wrongdoing this past week — only that they won’t do it in the future — the brand didn’t deny it. I personally treat these things like a Kardashian scandal: when fake rumors surface about the famous family, they immediately speak out to set the record straight. When the rumors are true, they go radio silent before releasing a statement.

Sunday Riley did the latter two years ago. After a post on Reddit went viral that the company was having employees write fake reviews, the brand posted on its Instagram that it “did encourage people to post positive reviews at the launch of this product.”  Annnnnnnd that’s when the FTC got involved.

I bought my first bottle of Good Genes ($158 – which, yikes) and I remember reading the reviews on Sephora. They were glowing and I knew I needed to have this product. Don’t get me wrong, Good Genes worked fine, felt luxurious and looked amazing on a shelf. Then, after a while, I realized there were other great acids (Good Genes is a lactic acid treatment, an alpha hydroxy acid) I could use for way less. Farmacy Honeymoon Glow is a pretty much a dupe of Good Genes for $58 which is $100 cheaper than Good Genes. Tarte Knockout (though a liquid as oppose to GG’s creamy serum) is $39.

This is an icky situation for couple reasons, the biggest one being that brands can just lie and then settle with (aka pay off) FTC to make it go away. It also makes me wonder what other companies are doing this.

I think cancel culture is stupid because life is nuanced but I’m glad buyers have been vocal about how bad this is. We work hard for our money and we want to know we can trust the recs we get.

Good luck out there.