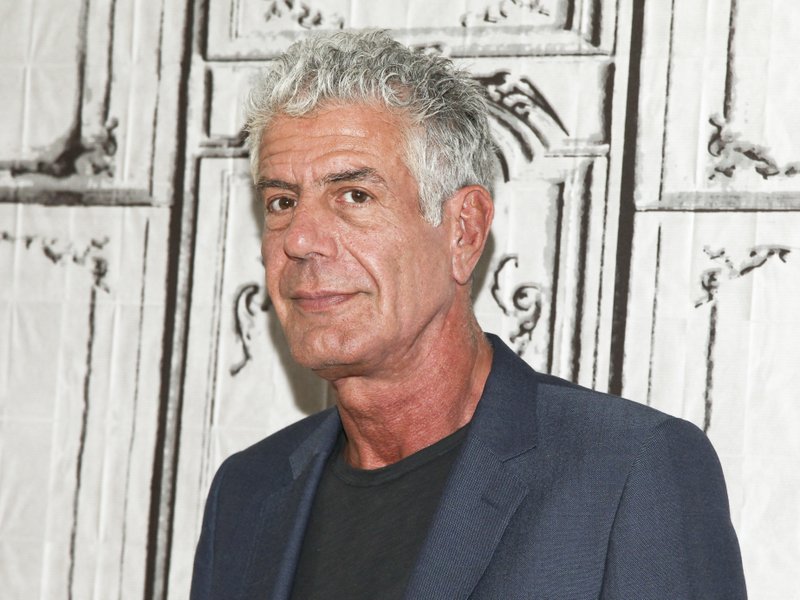 How Anthony Bourdain made us feel alive

I never thought I would write about this subject twice in a week.

This morning, celebrity chef and TV host Anthony Bourdain was found dead of apparent suicide. The story is here. This comes after designer Kate Spade’s death by apparent suicide Tuesday.

Like I said in my blog about Spade on Tuesday, this is a beauty blog but it’s also about how we take care of ourselves. Also, in addition to the other writing I do, I’m a food writer. I go into people’s homes and share meals and cherished recipes with them. I can’t pinpoint the number of times Anthony Bourdain came up in conversation, but most people I talk to cite him as their inspiration. I have to admit, I never watched any of Bourdain’s shows or read his writing, but I had a general idea of what he did, and I liked him. He reminded me of my uncle and godfather, coincidentally also named Anthony. They both loved fine food and drink, travel and conversation. I lost my uncle suddenly about three years ago (not in the same manner as Bourdain), but I couldn’t help but think of him today when I heard the news.

I say that to say even if you didn’t follow Bourdain, you at least had an idea of him, which, judging by my social media feeds, was overwhelmingly positive.

In life, we gravitate toward the things that make us feel alive. Sometimes, fear, doubt, comfort and the rest of those negative, dark feelings get in the way. People like Anthony Bourdain (and Kate Spade, for that matter) made us feel alive because of the things they created. What they put out into the world made us feel hopeful and happy. It gave us a reason to dream or explore or feel good.

When people like this take their own lives it makes us wonder: how can people who make us feel so good feel so bad themselves?

I don’t know if we will ever answer that question.

Celebrity deaths magnify a situation and bring to light how many people struggle with their mental health. It’s more than likely someone you know (or a few people close to you) are fighting some sort of battle.

Every single person has a monster under their bed — something they hide from the world that could swallow them whole. You never know what someone is going through. Be kinder, gentler. Check in on people you care about. Let them know you’re thinking about them. Know that someone, somewhere is thinking of you.

Anthony Bourdain and Kate Spade leave us with this important message. However, I don’t think they only want to be remembered for their final act. In that case, I think we need to remember to live the way they did: To do the things that make us feel alive and be someone who makes others feel the same.