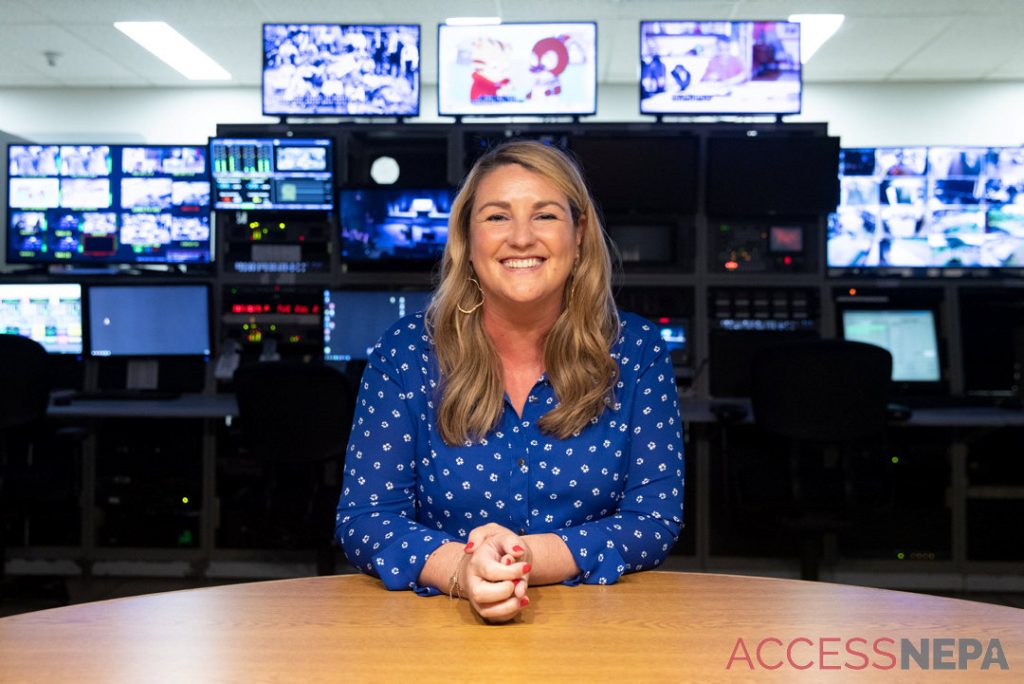 McCabe, the president and CEO of WVIA, the region’s PBS and NPR station, hails from Belfast, Northern Ireland, and like so many from her native land, she came to America for opportunity. Next week, just in time for St. Patrick’s Day, she’ll speak about her immigrant experience and the importance of community in the region during a Schemel Forum World Affairs Seminar. Presented by University of Scranton, her talk, ”America: The Farther Shore,” will take place Tuesday, March 16, from noon to 1:30 p.m. on Zoom. Admission costs $10.

McCabe said she saw the caliber of other speakers who have given Schemel seminars and felt nervous about participating, but she also viewed it as “an amazing opportunity.”

“It doesn’t seem like (the series) has any boundaries when it comes to the speakers, in a good way. … There’s something for everyone, and I’m really intrigued to see the question and answers (and) the engagement side of things,” she said.

Her talk’s title comes from a quote by Irish poet and Nobel Laureate Seamus Heaney — “Believe that a farther shore is reachable from here” — a line McCabe said inspired her to come to America.

McCabe grew up in Northern Ireland during the time known as “the Troubles,” when animosity between Catholics and Protestants in the United Kingdom-controlled country left communities in terror and people injured and even killed. She first experienced life in the United States as a summer employee in Atlantic City, part of a large number of young people from around the world who traditionally staff businesses along the Jersey shore each summer.

After earning a degree in international hospitality management from Manchester Metropolitan University in England, McCabe shifted gears to communications, receiving a master’s degree in communications, advertising and public relations from the University of Ulster in Northern Ireland. She worked her way up through the ranks at the BBC and then joined Tern Television Productions, where she produced programs for the BBC plus other British networks, National Geographic Channel and the Discovery Channel.

Coming from Belfast, she said, she stayed humble and kept to herself, so she had to had to push herself outside her comfort zone when she started working in the media.

In September 2014, she made her big move to join her sister in the United States, settling in Kansas City, Missouri, and landing a job at the area’s PBS station, KCPT-TV. She held several roles there, including, ultimately, chief operating officer, before coming to helm WVIA last July.

During her Schemel talk, McCabe expects to talk a bit about the background of the immigrant and the opportunities the United States gives people like her. She’ll touch on her experiences growing up in Northern Ireland and the choices she faced when it came to staying there or exploring more of the world.

“For someone from the outside looking in, as in coming from a different country, I see so much opportunity here, and I would not be in this position had I not made the move to America. … It is ‘the land of opportunity,’ in my opinion,” McCabe said. “I felt like I could do so much more moving here.”

McCabe also hopes to chat about how community matters in NEPA and the role that plays in her work. In promoting her talk, the university shared McCabe’s goal for her position at WVIA — “to ensure that we are embedded in the core of the communities we serve, producing programs that reflect who we are and, at the same time, open our hearts and minds to the world we live in.” With multiple channels, there’s always something to watch on WVIA, McCabe said, but to her, the station differentiates itself by being local.

“I see a lot of similarities here and (in) the community I had experienced at home about the local conversation and how important it is,” McCabe said. “PBS and NPR allow us to focus on the local conversation. … I think there’s a lot of opportunities, too, there to make those connections when it comes to (having) a national conversation, but we want to make sure we are fulfilling the needs of this local community.”

McCabe said she felt lucky to land in Kansas City and then Scranton, areas that remind her of “the old kind of Irish” — rural places where everyone waves when somebody passes by.

“What I love about both of those areas is they’re big enough and they’re small enough. … There’s something about the people here,” she said. “I just feel like I’ve connected with so many good people here, and there is a sense of community. It’s small town. Everybody knows everybody. There’s a lot of good that comes from that.”

McCabe felt glad the U of S was able to continue the Schemel seminars during the pandemic. The series impresses her and her parents, who plan to attend her talk, too.

“(With) the caliber of the speakers, it’s not the sort of speaker series that you’ll get anywhere else,” McCabe said.

The Schemel Forum’s World Affairs Seminars at The University of Scranton are taking place throughout the spring over Zoom. Programs run from noon to 1:30p.m. and cost $10 each. The university will email a Zoom link to those who register prior to the program.

“America: The Farther Shore,” featuring Carla McCabe: The president and CEO of WVIA, Northeast Pennsylvania’s PBS/NPR affiliate, who grew up in Belfast, Northern Ireland, and later moved to the United States. (Tuesday, March 16)

“Borges and Me: My Travels in the Highlands of Scotland with a Literary Genius,” featuring Jay Parini: The Scranton native, writer and Axinn Professor of English at Middlebury College, Vermont, previously received the U of S’s Distinguished Author Award and saw his novel “The Last Station” turned into an Academy Award-nominated movie. His book “Borges and Me” spotlights an encounter with writer Jorge Luis Borges. (Wednesday, March 24)

“The Abolitionist International,” featuring Manisha Sinha, Ph.D.: The Draper Chair in American History at University of Connecticut will reimagine abolition “as a radical international movement composed of ordinary men and women, whites and blacks” and look at the overlap among the struggle to end slavery, contemporary social movements and the rights of other marginalized groups. (Friday, April 9)

“A Jesuit Education and Integrative Thinking in Biotechnology (fighting tuberculosis) and Economics (eradicating poverty),” featuring Michael Fairbanks, Ph.D.: A fellow at Harvard University, Fairbanks is chairman and founder of the biotech company Akagera Medicines, a public-private partnership between the Rwandan people and scientists looking for solutions to infectious diseases. He has advised presidents around the world about private sector development. (Friday, April 16)

“Consciousness: Life Transitions and the Importance of Story — Continued,” featuring Harmar Brereton, M.D.: A founder of the Schemel Forum and a former doctor in the Scranton area, Brereton follows his fall seminar about life transitions “with references to cave paintings, Homer, Sophocles, Jung, Tennyson, Shakespeare and Erik Erikson.” (TBD)