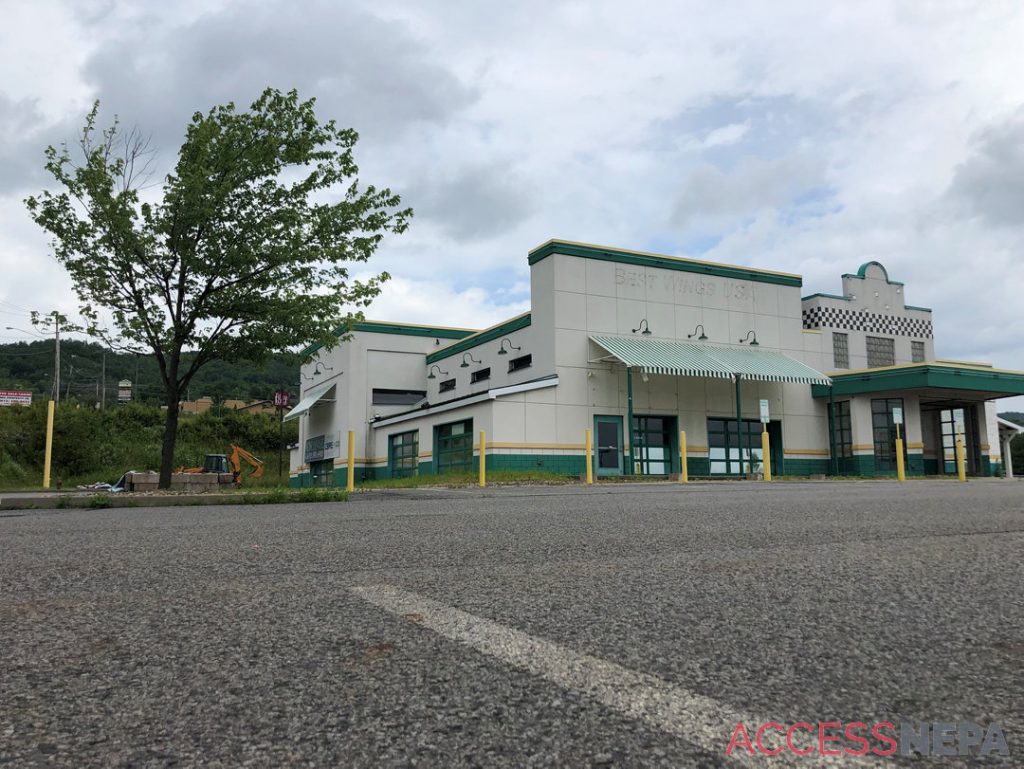 Closed five years ago, the former Quaker Steak & Lube in Dickson City is under demolition to make way for a Chick-fil-A.

The borough last year approved the Atlanta-based Chick-fil-A chain’s plan for construction of a 5,015-square-foot restaurant on Commerce Boulevard, in the spot of the former Quaker Steak & Lube.

“Their goal is to be built and open this year,” Hall said.

A new restaurant would boost an area marked by some vacancies.

The Quaker Steak & Lube, which opened in October 2008 and closed in June 2015, became flanked by shuttered restaurants. On the hill above, the Tilted Kilt closed in 2018, and below, Uno Pizzeria and Grill, which closed in October. 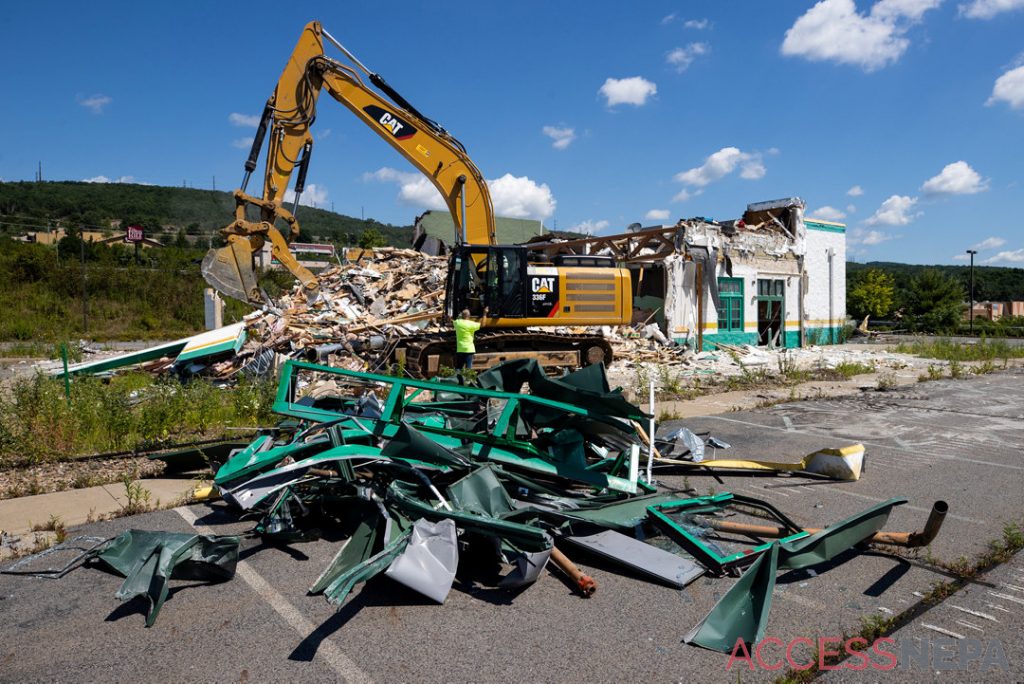 CHRISTOPHER DOLAN / STAFF PHOTOGRAPHER
A crew from Empire Building Diagnostics Inc. demolishes the former Quaker Steak and Lube restaurant in Dickson City on Wednesday, July 29, 2020. Chick-fil-A received zoning approval last year to tear it down and build a new restaurant in its place.

Last year, a Chick-fil-A opened in Wilkes-Barre Twp., at a site that previously was Lucky’s Sporthouse, on Highland Park Boulevard.