Women to ‘rise together’ for annual march 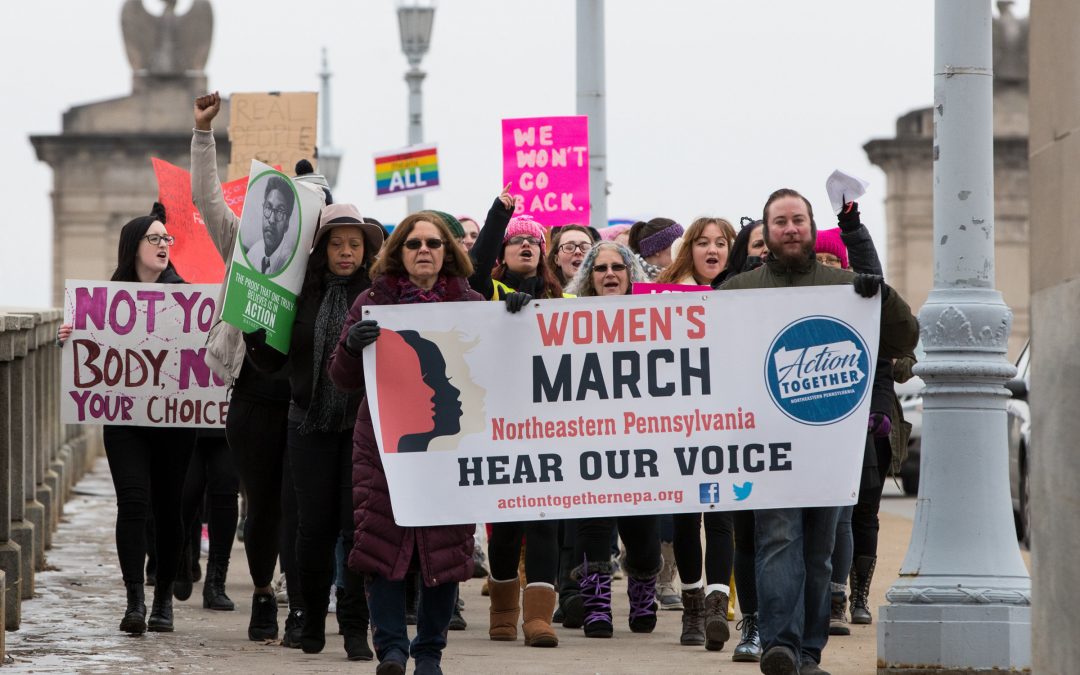 On Jan. 21, 2017, thousands of women flooded the streets to peacefully protest the election of Donald Trump as the 45th president of the United States.

For the past three years around this time, women and others who feel they have been marginalized throughout the duration of the presidency have continued the tradition. On Saturday, women will once more take to the streets — including those who reside in Northeast Pennsylvania.

Hannon is the founder of the NEPA chapter of the National Organization of Women, a grassroots group that has been around since the 1960s. She said she started a chapter in the area after the 2016 presidential election because the next closest chapter is in Philadelphia.

Hannon said the group is all about women’s empowerment and equality no matter someone’s race, sexual orientation or religion that encourages feminist ideals. The theme of the 2020 March is “Women Rise Together.”

“Since 2016, we’ve seen a lot more women enter the political arena, which is wonderful,” Hannon said. “That was one of the goals of the women’s march: get women more aware of what was going on to get them interested in public office. (Women) make up more than 50% of the population, but that is not represented in our politics.”

Although NEPA NOW is located in Scranton, the chapter is partnering with Action Together and Queer NEPA to cohost the march in Wilkes-Barre because of the close proximity to Wilkes University and King’s College. Hannon said having a march in this central location will make it more economical for those who want to participate but can’t travel to others in Allentown, Pottstown or Philadelphia.

Speakers will include Dr. Helen Davis, a professor of Women’s Studies at Wilkes University; Jessica Rothchild, from the Scranton City Council; and Paige Cognetti, the first female mayor of Scranton. There will also be a musical performance from folk duo Jolly Logic and the NEPA Women’s Choir, and the event is free.

“It’s a stark moment for the area,” Hannon said. “Those are huge. So, we really wanted to make sure that we celebrate those victories. It’s funny. 2017, we were talking about what women could do. 2020, we’re seeing what we have done. It’s really inspiring to see change in that manner.”