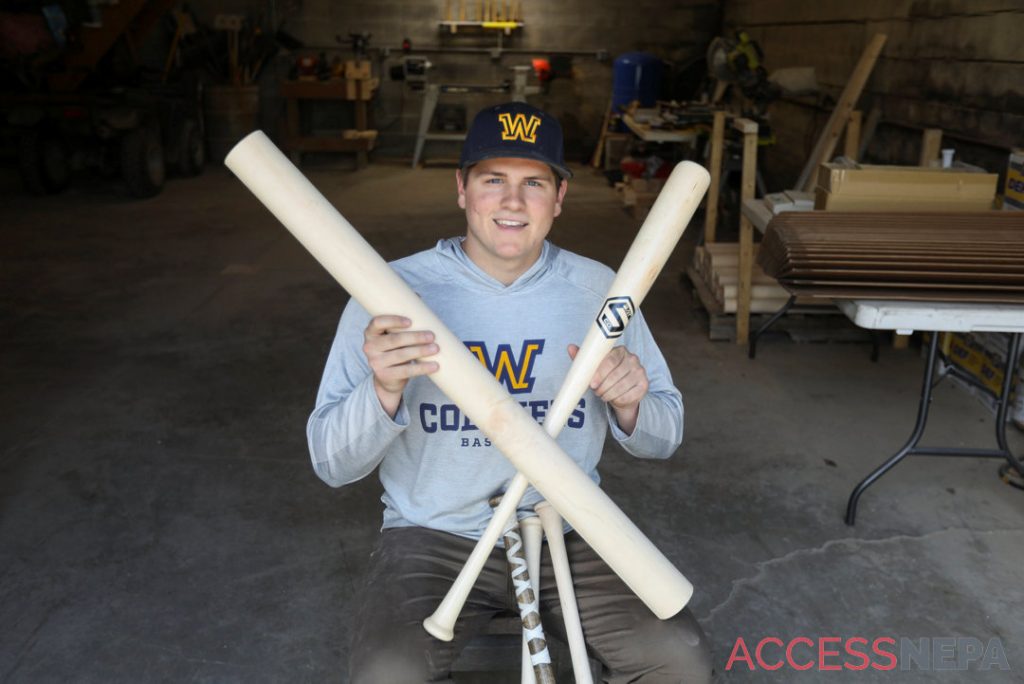 There’s nothing quite like the sound of a rawhide spheroid colliding full force with the barrel of a rounded slab of maple, and Stone Wormuth knows that as well as anybody. That unmistakable crack that echoes through ballparks might be the former Carbondale Area star and current Wilkes University standout’s favorite sound, after all.

There is a somewhat related sound that may be his least favorite noise. It comes after that rawhide spheroid catches that rounded bat firmly on its handle, or spins off the end of it like a cue ball. It’s a similarly unmistakable sound and feel for a ballplayer, a different kind of crack.

“I remember when I was younger, back in high school, and I played travel ball where they have wooden bat tournaments and Legion ball in the summer, I would go through wood bats like they were toothpicks. I would literally break them every other day,” Wormuth said with a laugh. “It was insane.”

What’s important to remember is that it was also costly. One of those bats an accomplished young hitter like Wormuth uses run in the $150 range, a lot of extra dough for a high school kid to spend on a product like that. 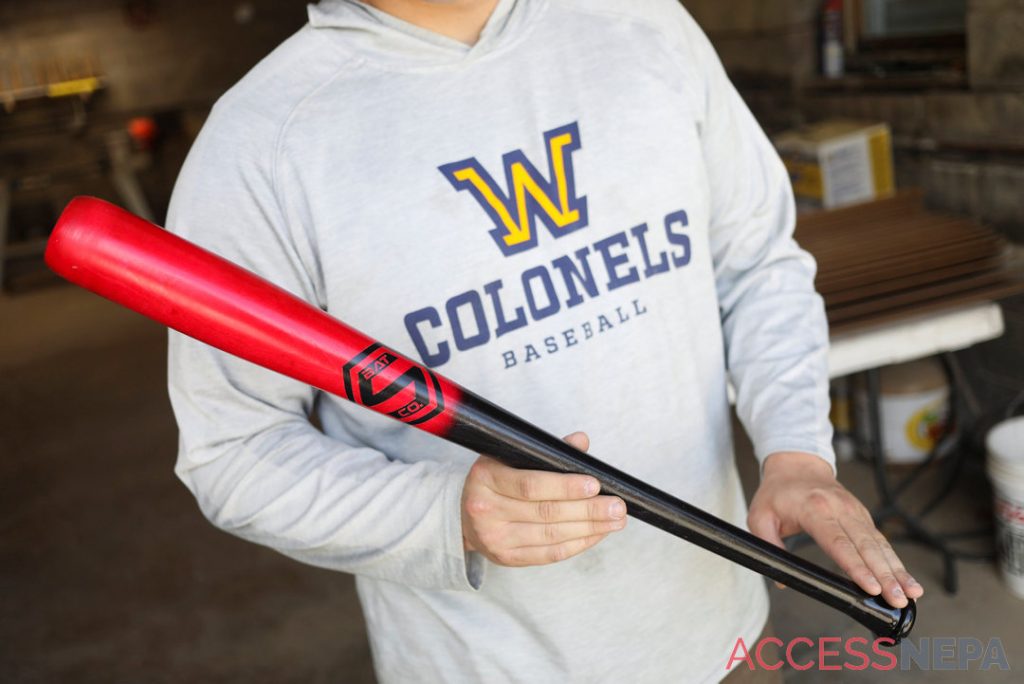 The short story behind that musing is that Wormuth realized he could actually do it. In fact, just two months ago, the 19-year-old launched the Stone Bat Company — located at www.stonebatco.com — where he sells customized wood bats that he handcrafts himself at his family’s wood shop in Carbondale.

The more detailed tale is that Wormuth found making a bat is as much a labor of love and dedication as swinging one has always been.

Getting the idea was one thing. Making a bat was another, and Wormuth realized that quickly. He had a lathe, certainly the most important device necessary to shape a bat, and a good foundation of woodworking knowledge that he picked up over the years from his father, who owns a construction company. What he didn’t have was the experience, and he needed to gain that through trial and error.

“Just to practice, I would run down to Home Depot and grab a 4-by-4 piece of pine or some kind of soft wood that wasn’t good,” he said. “It wasn’t sturdy. It chipped real easy. There were a lot of knots in it. But I would be out there for hours just cutting it down, trying to get it into some kind of a shape. I had no idea what size, model and everything. I swing a 33 (inch), so I would just make it into a 33 or a little shorter depending on if there were a lot of knots in it. I would take it out and swing it, and it would just break real easy. I would swing them until they broke, just to get a feel for them.”

Wormuth picked up some of the finer points of bat making through social media, studying videos on how different bat companies made different models of bats. He homed in on the perfect shape for a model 271, studied the dimensions of a model 243, learned the proportions of an AP5. 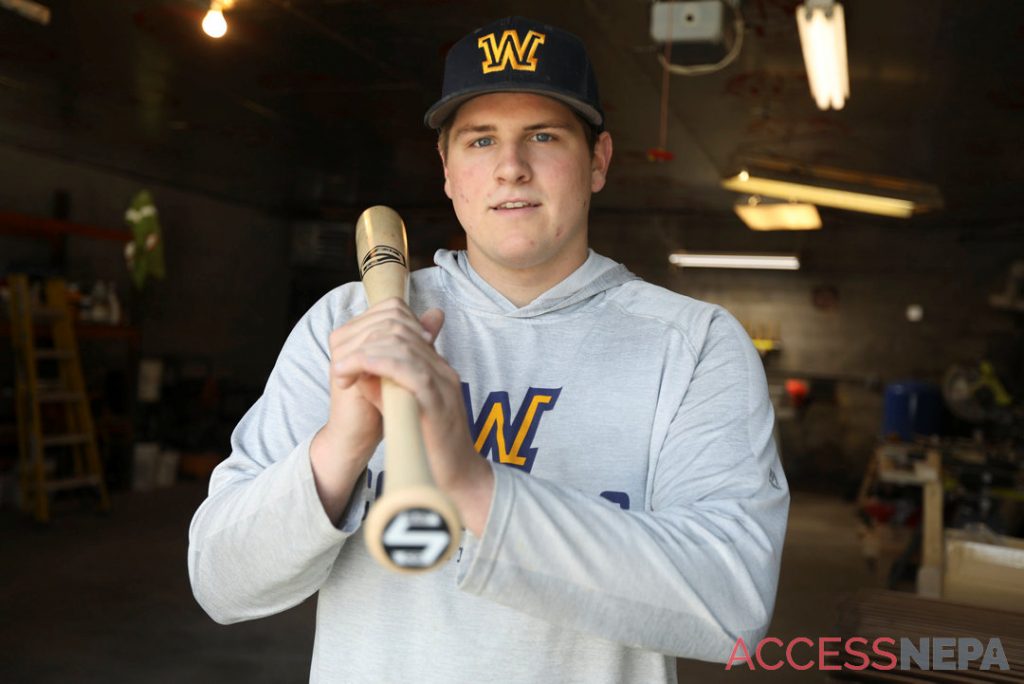 From there, it was about making a Stone Bat what he wants it to be.

He works only with hard maple billets now — he’s hoping to add ash and birch, two more flexible woods, in the near future — but his process to finishing a bat has become pretty much his own. From the process he uses to produce a bat to a customer’s exact length and weight specifications, to the finish with 400-grit sandpaper to get the wood smooth as glass, to the coloring and, finally, the layers of lacquer that both harden the bat and make it shine.

“With the bigger bat companies, it’s more a mass product. They turn out a lot of bats at a time,” Wormuth said. “When I do it, I probably handle a bat 400 different times before I want to send it out.”

His company is still in its infancy, and there is still much to learn about not just making a good bat, but continuing to make better ones. But in a spring where his freshman season at Wilkes was cut short, Wormuth still feels close to baseball as he crafts bats.

A mechanical engineering major at Wilkes, he has big plans. In the near term, he’d love to get an internship with a sports equipment manufacturer like Rawlings, to learn the game better from the engineering side. Down the road, he considers working with machines and designing bats a passion that could carry him happily through his adult life. A big factory, loaded with workers designing his bats? That’s a dream job.

But for now, it’s less about the perfect job than it is about relentlessly pursuing the perfect bat.

Several professional players have reached out to him through social media, asking for bats to try. He sends them out hoping mainly for what he desires most of all right now: Feedback.

“What I really want to do,” Wormuth said, “is make every wood bat the best I can, so when a kid or even an adult buys one of my bats, they’re going to love it, it’s going to last for them, and they’re going to keep coming back when they need a new one.”