What we drink: A look at the wine and liquor market in NEPA 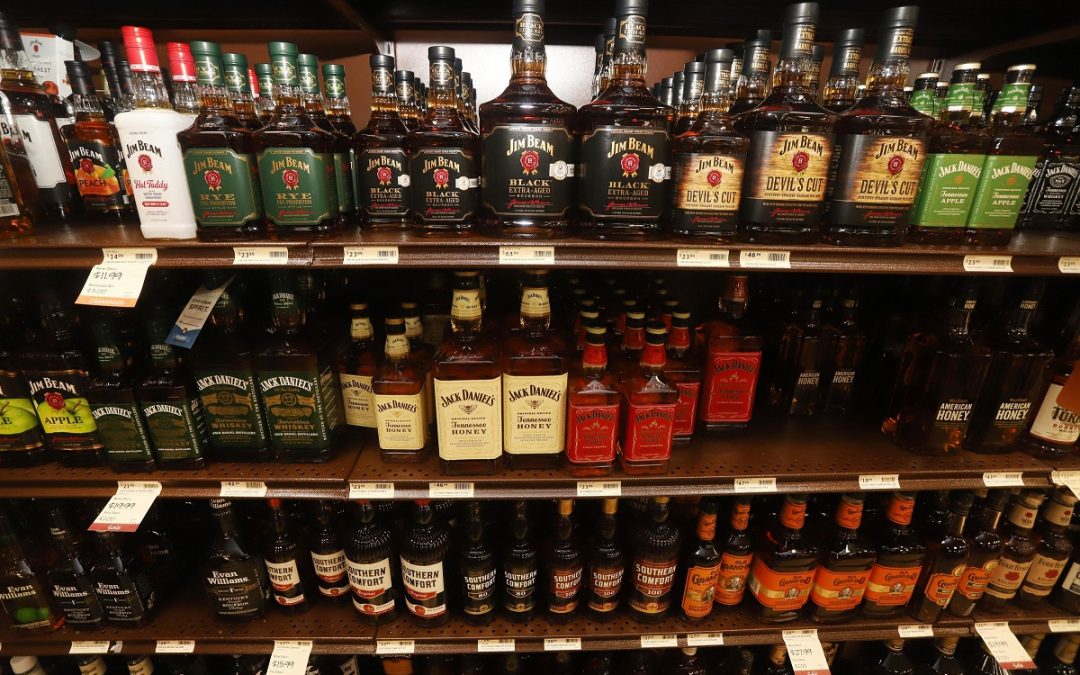 Katie Wierzbicki zipped back and forth behind the bar pouring drinks and punching in orders for a few dozen customers breaking up their week on a Wednesday.

A bartender of five years at Andy Gavin’s Eatery and Pub, Wierzbicki has been mixing drinks long enough to see fads rise and fade. Most recently, customers can’t get enough of a peanut butter-flavored whiskey called Skrewball.

“That’s the newest craze,” she said. “If you go to the liquor store, you’re going to have a hard time finding it. A lot of bars buy in bulk when they can find it.”

She also confirmed what an annual batch of state data shows on Pennsylvanians’ drinking preferences: They enjoy copious amounts of vodka, specifically the hip and relatively new brand Tito’s.

“As far as their vodka choices, absolutely,” she said. “Tito’s with club, Tito’s with cran(berry) — those two are our biggest.”

The Tito’s 1.75 liter jug was the top seller in six out of the seven Northeast counties. Luzerne County broke from the trend where Hennessy Cognac enjoyed more sales.

In the city of Scranton, specifically, Hennessy topped the list with more than 5,000 bottles sold, according to top-three numbers from the 10 most populous cities. Tito’s and Jack Daniel’s were second and third respectively in Scranton.

“Often these pockets are based on the demographics or the culture of an area,” said Steven Schmidt, senior vice president of public policy and communications with the National Alcohol Beverage Control Association, or NABCA. The organization represents control states, or those that operate their own alcohol sales.

Schmidt sees increasing evidence that social media influencers have a bigger say in what people drink.

Otherwise, affluence, population age, sometimes even a region’s history, all blend together in deciding a region or state’s favorite drink.

“In Maine, for example, coffee brandy by far has been the most popular spirit in that state,” he said. 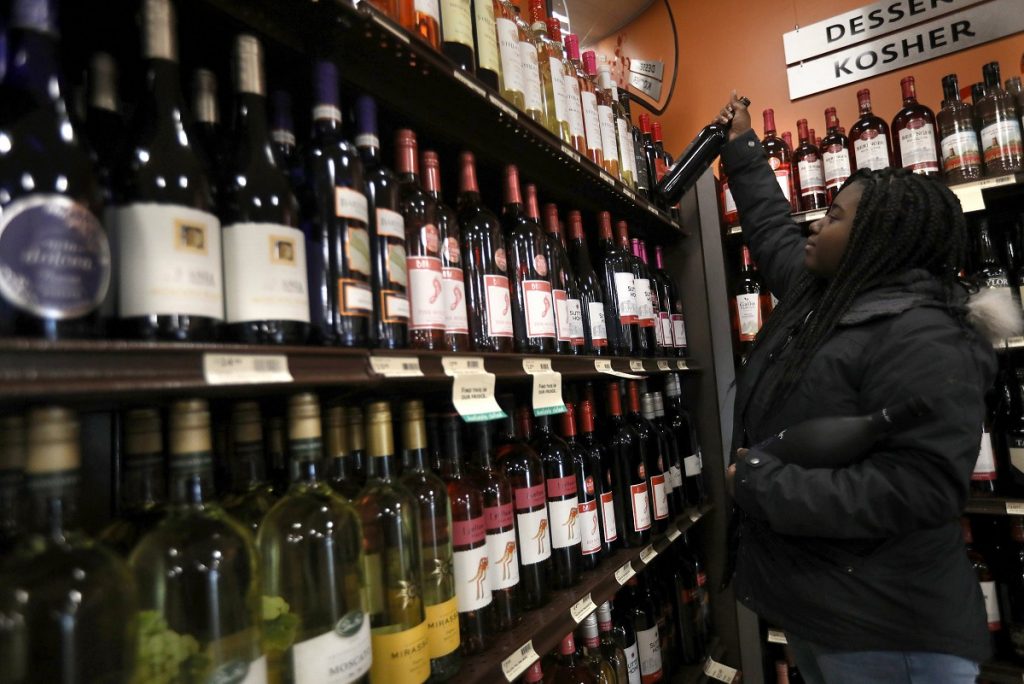 The state Liquor Control Board and its retail brand Fine Wine and Good Spirits is expanding operating hours, rebranding stores and sharpening their social media presence to look and feel more like a trendy retailer than a government agency.

Efforts appear to be working. Wine and liquor sales are up across the board.

Pennsylvanians paid $2.5 billion for booze and wine to the state-owned monopoly in the fiscal year that ended in June 2019, up about 3% compared to the previous fiscal year.

Northeast Pennsylvanians spent more on whiskey than any other drink, according to the agency’s annual report.

Pennsylvania wineries and distilleries claimed a slice of that.

On the spirits side, Bluecoat Gin, distilled in Philadelphia, was tops with 52,000 bottles sold.

Beer sales are not included in the data, and the LCB has no way of tracking the beverage still tightly regulated, but sold more liberally at restaurants, distributors and six-pack shops, spokesman Shawn Kelly said.

Like just about every other bar, at Andy Gavin’s, beer still reigns, Wierzbicki said, as she served a crowd of a few dozen Wednesday night trivia regulars.

Brewer promotions and cheap pitchers draw customers back every week, and the bar keeps a ready supply of 75 microbrew labels in stock. 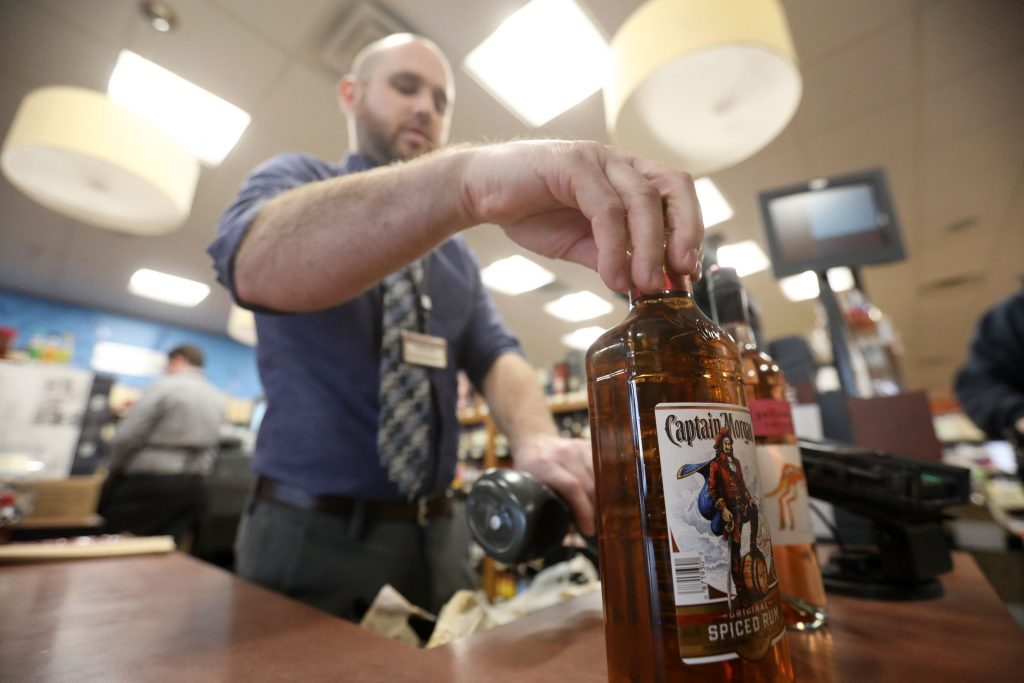 The annual report offers a detailed look at consumer spending when it comes to wine and spirits.

Only a quarter of sales went to license holders — the bars, restaurants, supermarkets and convenience stores that sell to consumers.

Consumers buying directly from Fine Wine and Good Spirits stores made up the rest.

In the Northeast counties that include Lackawanna, Luzerne, Monroe, Pike, Susquehanna, Wayne and Wyoming, consumers collectively bought $31.7 million worth of whiskey and $28.6 million worth of vodka.

Notably, a bottle of wine usually costs less than a bottle of spirits, but liquor sales surpassed in terms of volume as well.

“Wine consumption in general has been increasing over the past year,” said David Falchek, executive director of the American Wine Society and The Sunday Times’ wine columnist.

“But on a per-capita basis, compared to other countries, it’s still rather small,” he said.

Schmidt said states typically want fair but safe access to alcohol for consumers to enjoy it responsibly, and the loudest voices clamoring about limited access tend to be the companies that make it.

“Across the country, one-third of our population doesn’t drink alcohol at all,” Schmidt said, adding that 15% of drinkers do so infrequently, or about once a month.

“The supermarkets are still purchasing the wines that they offer through the state,” he said. “With the exception of some local wineries, which are allowed to self-distribute.” 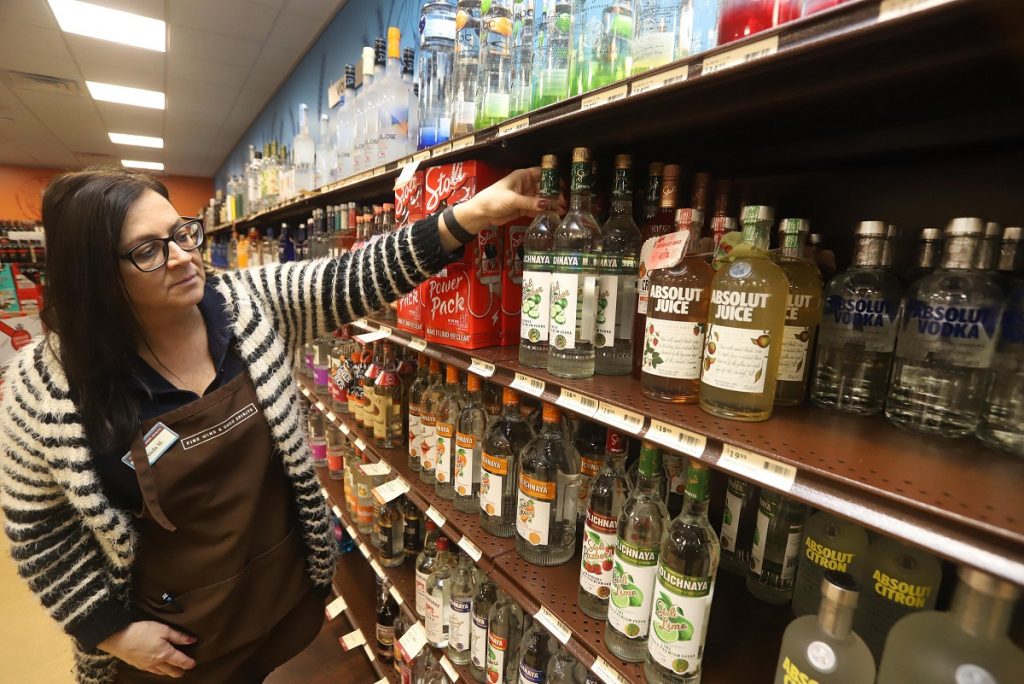 Data on unit sales rather than price tells a different story about trends.

That didn’t surprise Matt Perna, 21, of Mount Cobb. Seated with friends at trivia night, he mulled over a gin and tonic while everyone else drank beer.

“I normally don’t drink cocktails,” he said. “I’m younger, so I’m trying to see what’s different, what’s out there.”

But when it comes to specific brands, he likes Fireball’s syrupy heat or Ciroc vodka.

Nikolai Vodka’s 375 milliliter bottle clocked in second, at about a million bottles.

“It’s difficult to say why one particular product would be popular,” Kelly, the LCB spokesman, said.

Still, he acknowledged the maker of those little yellow-labeled bottles have a slick marketing program. “There are certain things you can see just appeal to a broad range of customers … it seems like Fireball may have tapped into that.”

Wine and spirits stores sell buckets of Fireball minis, and he suggested those might be the source of the appeal.

“You can just take the lid off, put in ice and you have an instant party in a bucket,” he said. “It seems to be very popular.”