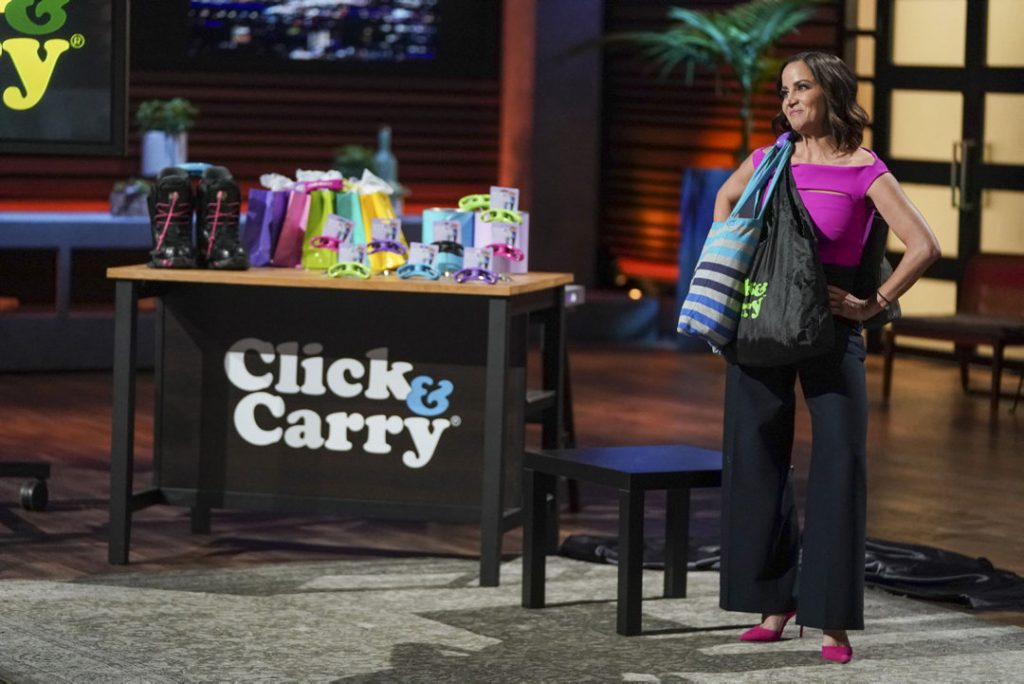 Over the years, Kimberly Meckwood waited patiently for a bite. This week, she’ll hopefully catch a shark.

The West Scranton native, inventor and entrepreneur will debut on “Shark Tank” on Friday at 8 p.m. on ABC. She will present Click & Carry, a gadget she developed that makes it easy to carry multiple grocery or shopping bags.

A “Shark Tank” debut has been years in the making for Meckwood, who was told by a producer she holds the record for the most attempts to get on the show.

“Every year, I just kept applying. I couldn’t give up,” said Meckwood during a recent phone interview from her home in Brentwood, California. “I just love the show and I always knew if I could get on there and make my pitch, I could make something happen.”

The idea for Click & Carry came after Meckwood experienced a breakup more than a decade ago.

Before, her boyfriend would help her carry groceries up several long flights of stairs and through multiple doors. When they split, she had to do it herself, which resulted in the bags’ straps digging into her palms and scattering around each time she set them down to open a door.

She then had a dream about a boomerang-shaped bag handle that would help to simplify carrying multiple bags at once.

A life altering breast cancer diagnosis in 2012 followed, which made Meckwood realize how short life can be. She decided to quit her day job and pursue making her dreams a reality by designing, prototyping, manufacturing and patenting Click & Carry, which can hold 40 pounds evenly distributed on each side.

Meckwood sold them at fairs and farmers markets, and picked up wholesale orders from stores and supermarkets. She visited large trade shows and got a break at the International Home and Housewares Show in Chicago on “Inventor’s Corner.” She also did segments on former talk show “Bethenny” and on QVC.

Still, “Shark Tank” was her end goal. Meckwood finally got her wish when she was invited for a taping last summer.

“I’m usually so calm, cool and collected, but I was just a nervous wreck,” Meckwood said. 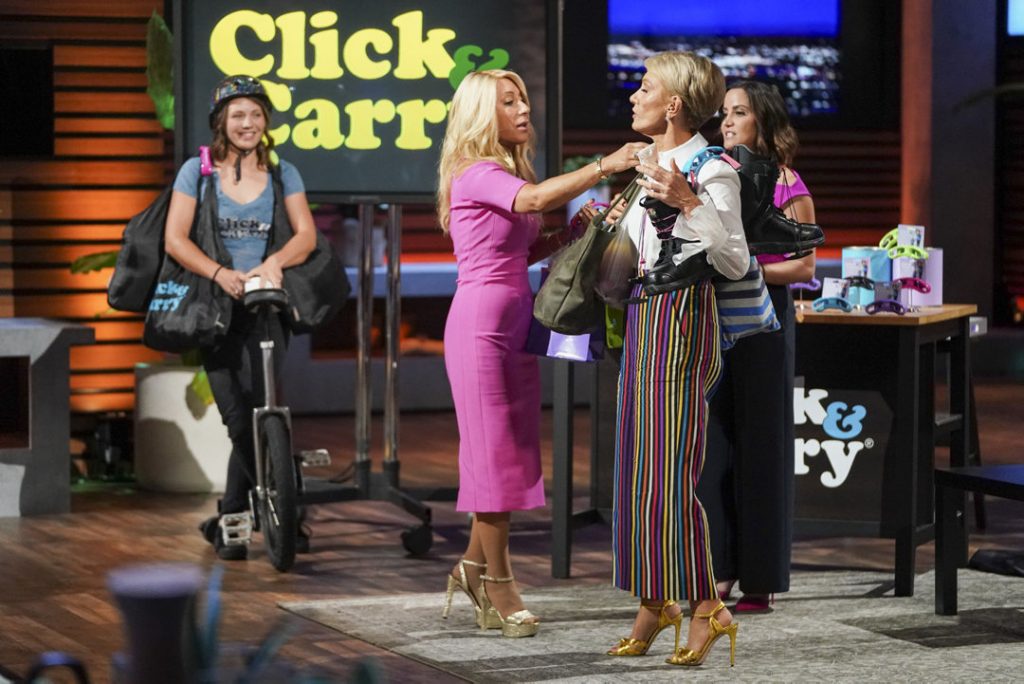 All of Meckwood’s family will be watching her “Shark Tank” episode. Though her father, Bob, died a few years ago, he got to see his daughter on “Bethenny,” which she believes led her down the path she’s on now. Meckwood takes that as a sign he knew she would find success.

While Shelly Meckwood-Fendrick hopes she doesn’t have to watch any of the “Sharks” be hard on her sister, they’re brimming with excitement to watch.

“We really very proud of her. She never gave, never gives up. She was the baby of three girls and she’s always been that way,” her sister said. “Once something was in her mind, that was it. I don’t think she’s ever not gotten what she’s gone after. … We are really just all so proud.”

Though Meckwood kept tight-lipped about the outcome of the segment, the former West Scranton High School Miss Invader can’t wait for Northeast Pennsylvania residents to see her do her thing. They also will be able to purchase Click & Carry locally in Gerrity’s locations starting on Saturday, she said.