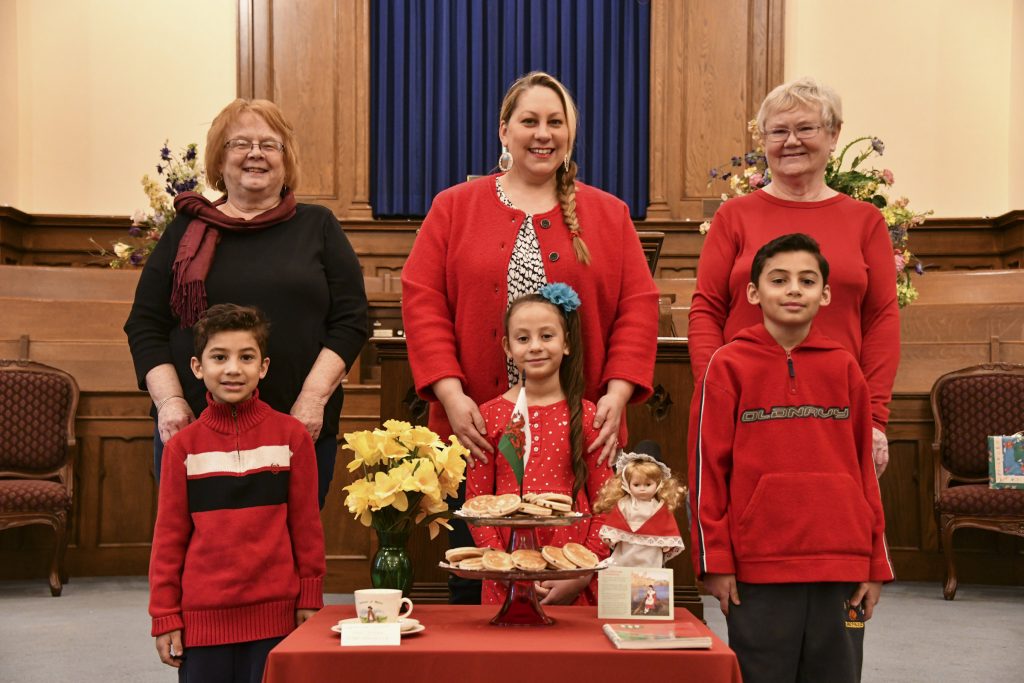 In all the years of Local Flavor, no recipe has been as popular as Welsh Cookies.

There’s something about the heavenly taste of the cookies’ buttery dough and sweet and tart currants that make people go wild for them. This is why organizers of United Baptist Church’s Welsh Cookie Sale know these fundraisers are always a big hit.

The sale takes place Thursday, March 4, to Saturday, March 6, from 11a.m. to 3p.m. each day at the church, 213 S. Main Ave., Scranton. Pre-orders are strongly suggested, and while organizers may have some batches left over, orders should be placed by Monday, March 1. To place an order, call Elena Morales (wife of UBC pastor Eric Morales) at 347-488-4893.

Local Flavor has seen a few recipes for the traditional ethnic cookies over the years, but it doesn’t make them any less delicious. This particular recipe for the sweet snack, which earned UBC a $50 gift card from Riccardo’s Market, 1219 Wheeler Ave., Dunmore, has been part of the congregation’s history for decades.

Parishioner and dedicated volunteer Kitty Purosky, who originally hails from Wales, noted the initial version of the recipe began with her late husband’s aunt, the late Beatrice Evans. Along the way, Evans’ recipe was changed and tweaked to create the signature treat organizers make today. When her four children were a bit older, Purosky became involved in the church’s activities, festivals and fundraisers, including its bake sales. She worked flipping the cookies on griddle, among other duties, and figured out tips for the perfect Welsh Cookie along the way.

She advised bakers trying the recipe at home to only use a tiny amount of flour when rolling out the dough. Also, the cookies only need to be flipped on the griddle once.

“You’re inclined to keep flipping them, but they do not need to be flipped more than once,” Purosky said on a recent day from her residence in Scranton. “I found that we had the best results when we were able to show someone the technique of how to make them.”

Purosky, who also sang in the church’s choir with her children, spent decades in the kitchen during the bake sales, enjoying the company of fellow volunteers who quickly became lifelong friends.

Now 97, a grandmother to nine and a great-grandmother to nine with one more on the way, Purosky stepped away from the sale and its grueling hours in the kitchen last year. The sale is in good hands, though, she said, with organizers such as Jean Williams, Cathy Nalevanko, Doreen Fazzi, Sally Holvey, Peggy Williams, Marion and Jim Newberry and their pastor’s wife, just to name a few.

However, Purosky is and always will be a huge part of UBC and its legendary Welsh Cookies.
“We say it all the time, but (Kitty) is our treasure,” Fazzi said. “She is just one of a kind.”

Make well in center of dough mixture. Add milk and beaten eggs to well. Form a ball of dough.

When all the dough is balled up and the bowl is clean, break off smaller pieces and roll to 2/3-inch thickness.

Cut out circles and fry circles on electric griddle at 300 F. Fry on one side for 3 minutes, then flip once and fry until brown. Cool on racks.